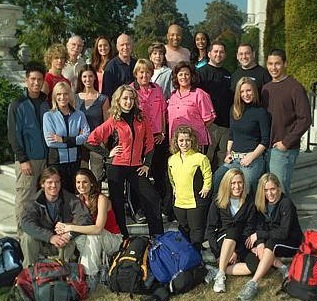 The fifth season of The Amazing Race, was tasked with reviving the series after a year off the air. With the show barely getting renewed (mostly due to winning the first Emmy for Outstanding Reality-Competition Programnote They would win their second Emmy two days before the Season 5 finale), it had the challenge of proving that the show could get by on more than just critical acclaim and the support of its small, but dedicated, fanbase. The producers aimed to draw in a wider audience with larger than life personalities, with Stunt Casting featuring prominently for the first time, much of the cast being models/actors. It was the first to star a racer from another CBS reality show (Big Brother), and made the Amazing Race one of the only shows to feature a person with dwarfism.

The biggest changes, however, were to the format itself. The Fast Forward was reduced from Once an Episode to only two in the entire season, and the Yield was introduced, giving teams the chance to directly hamper their competition for the first time. Focus began to shift away from the travel portion of the game (getting from point A to point B) and more emphasis began to be put onto the tasks. Most of the Detours no longer involved the "fast, but scary" vs. "slow, but safe" choice that had been so predominant over the first four seasons, but instead two tasks that would require different skill sets. Also absent were the "Alpha Male" teams who had become so feared at that point, and for the first time the number of all-female teams outnumbered the all-male ones. Thanks to the changes and the memorable cast the season was a success, with the show drawing in its best ratings so far despite airing during the summer months, and as a consequence is considered one of the best (and most important) entries in the series. 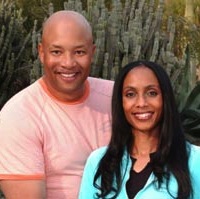 Chip: Colin has one flaw in that he needs his ego stroked. Kim and I are trying to build up his ego so he'll make a mistake. Colin will beat himself, but we will facilitate that for him.

Married couple who became both the first heterosexual romantic couple and non-white team to win the Race, and are still currently the oldest winning team in the seriesnote Season 24 winner, 58-year-old Dave, is the oldest winner, but his 22-year-old son drags their average age down below Chip & Kim's 45. They started off as an apparent Cannon Fodder team, barely scraping by for the first three legs. They would get brought into the spotlight upon Charla & Mirna's elimination, with their surreptitious plotting against Colin & Christie becoming the major storyline at the tail end of the season. They would fall behind in the final leg, which would ultimately give them an advantage when they were the first to discover that the first flight to Dallas/Fort Worth had been delayed, and were able to snatch up the last tickets on the second best flight. The ten minute lead that flight would get them was what they needed to pull out the victory over the dominant Colin & Christie. They would reappear on Battle of the Network Reality Stars. 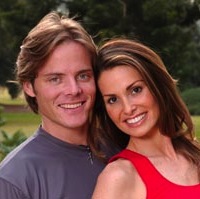 Colin: My ox is broken! This is bullshit!

Former Miss Teen USA and her boyfriend. Colin lived up to his self-description of being "possibly the most intense person that's ever run this race", becoming infamous both for dominating most of the race with his shrewd understanding of the Metagame and his merciless gameplay, as well as his Hair-Trigger Temper, leading to his near arrest in Tanzania and his famous "My ox is broken!" outburst. Ultimately, his temper would be his undoing, as he lost a lot of his strategic edge after getting Yielded by Chip & Kim, eventually finishing 2nd due to a series of mistakes that left them unable to get on the same flight as Chip & Kim due to their flight being delayed and already having checked their bagsnote Though the driver they arranged in Dallas still would have won them the Race, had they not gotten a flat tire on the way to the Finish Line. Nonetheless, he is still considered one of the greatest racers of all time, and the team was thus cast for All-Stars until Christie got pregnant. And while many gave up hope on them returning, they surprisingly returned for season 31, a full fifteen years after their original season. 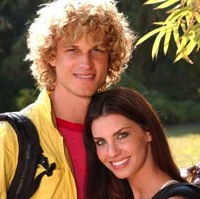 Former Miss Texas and her boyfriend. They were dedicated Christians, repeatedly praying for God to help them win. Solid racers, they were repeatedly overshadowed, lost behind the big personalities and storylines that made up the season. They made the Final 3, where they finished third due to being stuck on the same flight with Colin & Christie, but not having an aggressive driver to help them keep pace. 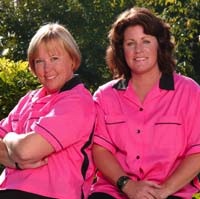 Stay-at-home moms who eagerly leaped at the opportunity to be a good example for their kids. Though not the strongest team, they were fan favorites who persisted to reach the penultimate leg, where they were done in when Colin zoomed by Karen on the ascender Roadblock, finishing 4th (the highest finishing all-female team until Season 10). This was the last season before the rule limiting the number of Roadblocks each team member could do was implemented, and as such, the moms were the only team in the top 4 to share a roughly equal number of Roadblocks between them (the three women who made the Final 3 completed only one Roadblock a piece). Many believe that if the rule had been in place during this season, the Moms would have easily been in the Final 3 (and call it "The Bowling Moms Rule" as a result). 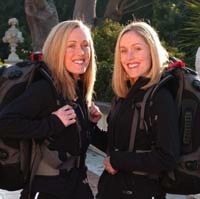 Blonde twins, their bumbling ways and their inability to Read the Freaking Clue repeatedly pushed them to the back of the pack, but never quite far enough to eliminate them, as they finished last or second-to-last in seven out of their ten legs. It would take eight years before any team on any version of the Race survived more bottom-2 finishes than them (Brent & Josh survived seven straight bottom-2 finishes before winning Season 21). They would finally be eliminated in New Zealand, when a combination of bad navigation early in the leg, followed by choosing the longer Detour choice (searching the mud pit instead of water sledging) left them in 5th. 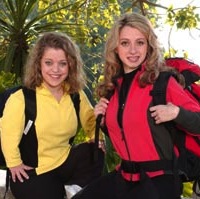 Mirna: Initially, everybody wrote us off. Slowly, but surely, each team awoke to the idea that we are a strong, competitive team, and started going ballistic because they became so jealous.

Armenian achondroplastic dwarf and her loud cousin. As the show's first Inspirationally Disadvantaged team, Charla aimed to break stereotypes about little people, but instead they became known primarily for their (mostly Mirna's)... outspoken nature, making them many fans and haters among other teams and the audience alike. Mirna's expert handling of the airports and Charla's surprising toughness gave them many respectable 2nd place finishes. In leg 7, their rivalry with Colin & Christie reached an explosive high, with the two teams scrambling to get them and their allies the better flight into Kenya. Though the cousins initially seemed to win, their flight was delayed, putting them and the Bowling Moms on the last charter flight into Tanzania, and as the leg relied so much on traveling by foot, Charla's lack of foot speed proved to be their undoing, as they fell behind and finished 6th. Nonetheless, their unique dynamic earned them a spot in All-Stars and the separate Battle of the Network Reality Stars. 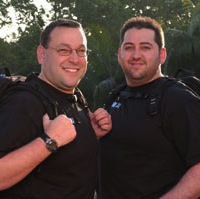 Brothers who own a pizza parlor together. As the only male team on the season, they were much closer in physique to Kevin & Drew than the Alpha Male teams that had dominated the first four seasons. Though they started off as solid racers, Marshall's knees gave out in Egypt, greatly hindering their performance. They have the dubious honor of being the first team to quit the race when, already far behind the other teams and with his brother unable to move at even a regular walking pace, Lance gave up on the scarab Roadblock at the end of leg 6, and they dropped out in 7th place. 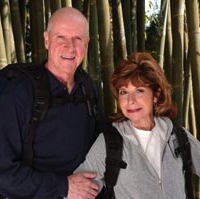 Dating widowers who met online. They were doing incredibly well for an elderly team, staying mostly near the top of the pack though the first three legs. Unfortunately, at the beginning of leg 4, a ticketing agent in Buenos Aires mistakenly booked them business class tickets to St. Petersburg, dropping them to last place with no hope of catching up, and they were eliminated in 8th place. 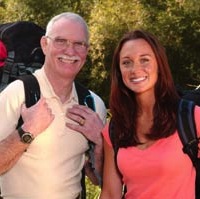 Military dad and his daughter, the first father-daughter pair on the race. Jim tore his knee open during the opening dash at the Starting Line, needing 25 stitches before he was allowed to continue the Race. Though his leg did not hinder them too much, they were done in on the third leg when they made a mistake booking tickets, booking one ticket and three standby tickets on the early flight, but only three tickets on the later flight, meaning, despite being first in line, they failed to make either of the flights. They were unable to make up the time deficit once they reached San Carlos de Bariloche, and they finished in 9th place. 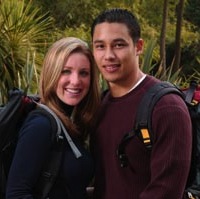 The runner-up from Big Brother 4 and her boyfriend, the first of many imports from other CBS Reality Shows. Despite their constant bickering and arguing, they finished 1st on the first leg. However, their ever increasing arguing, along with their decision to take a bus instead of a cab to the Roadblock in the next leg, sharply dropped them to last place for an overall 10th place finish. 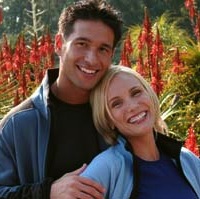 Formerly engaged couple, looking to re-explore their relationship. In reaction to a confrontation with the other teams at LAX, Dennis tried to show that he wasn't a scumbag by giving up their cab to Colin & Christie outside the meat warehouse, allowing the latter team to survive and thrive, but dooming them to an 11th place finish. Erika nonetheless has become very successful in her own right as she now casts for the show itself, as well as Survivor. In addition, she runs the ESP Wellness Center in Santa Monica with Survivor winner Parvati Shallow. (She is, in fact, Parvati's "friend in casting" that Survivor fans like to bring up.)