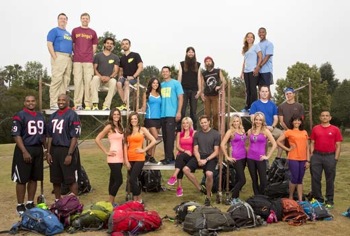 The 23rd Season of the Race started off with a lot of potential. There were some likable and interesting teams, a few potential good villains, and it looked like Season 23 could follow up on the momentum built by the previous two seasons. Unfortunately, it then suffered perhaps the worst possible elimination order in the show's history. Starting in the second leg, all the interesting fan favorite teams started dropping off one by one, as the season ended up with an uninspiring top five full of teams that many felt were either unlikable, or alternatively just kind of boring. To make matters worse, one of the few remaining likable teams did a hypocrisy-fueled Face–Heel Turn, and entered into an answer sharing alliance that was responsible for the elimination of two teams. Add to that a final leg that was decided by the first, luck-based, task, and all in all, Season 23 ended up on the weak side. 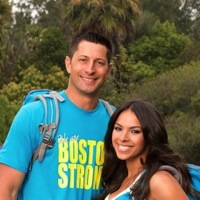 Former Miss Rhode Island and her boyfriend. They were a consistently good team, almost always finishing near the top of the pack, but, at least for the first nine legs, never at the top of the pack. Both having A-type personalities, this proved to be an annoyance for them, and their quest to win a leg became their key storyline of the season. They also became good friends with Travis & Nicole, the only other couple in the season, and formed a somewhat unhealthy alliance with them. Amy twice helped Nicole complete Roadblocks that might otherwise have eliminated the doctors from the Race, and assisted the team that had dominated the first two-thirds of the season in making the Final 3. In the final leg, Amy was able to complete the supply drop Roadblock on her second attempt, which gave them enough of a lead to propel them to the win. 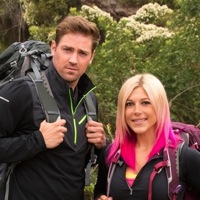 Exes, the first pair to appear on the show since John Vito & Jill during The First All-Stars, and the first new pair since Season 6. Marie made an instant impression with her bullying attitude and her constant yelling at Tim. After winning the double Express Passes, Marie attempted to use the second Pass as bait to get other teams to help them, at times even demanding help from them, which got on the nerves of everyone. However, with all of the fan favorites dropping out so early, her aggressive, no nonsense attitude, combined with the borderline abuse she heaped on Tim, became one of the most entertaining parts of the season. Despite a few rough patches, mostly due to Marie trying brute force her way through the game without listening to Tim's suggestions, they made the Final 3, where they fell behind early at the Supply Drop Roadblock, due to Amy's lucky second drop being a little more on target than Marie's first lucky drop. They would never catch up with Jason & Amy, ending up in 2nd place. They were invited back and were one of ten teams included in the initial cast leak for All-Stars 2014, but Marie said in interviews that she never wanted to run the Race again due to her portrayal in the first half of the season. 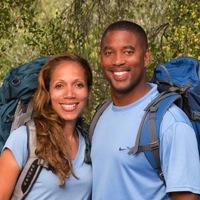 Married ER doctors. They dominated the first two-thirds of the season, looking like they were cruising to an easy victory. This was helped along by them getting one of the most positive edits in the show's history, as they were even gifted the nickname, "The Power Parents," by the production crew. However, the ninth leg saw them suddenly become much less likable. They went on a crusade against Leo & Jamal's lying, yet Nicole was not above trying to copy off Leo at a Roadblock, and Travis asked Jamal to lie to Marie for them, which led to the cousins loudly exclaiming their hypocrisy. This was further exasperated by Travis berating Nicole for struggling with tasks, to the point where she was crying for not being able to live up to his expectations. In the final leg, it took Nicole 28 tries to complete the Supply Drop Roadblock, which guaranteed them a 3rd place finish. 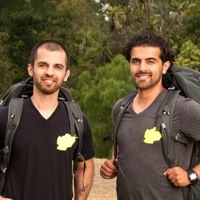 Cousins, only the third pair in the show's historynote after Charla & Mirna, and Kerri & Stacy, and the first pair of male cousins. They were cutthroat racers who never missed an opportunity to ham it up for the cameras. They tried to gain any advantage that they could get over the other teams, mostly by (unnecessarily) lying about anything and everything, which caused the other teams to dislike them. They were very inconsistent, zooming up and down the standings depending on how well they paid attention to detail in any given leg. In the penultimate leg, despite jumping on a flight that the other teams knew about, yet did not bother to try to get standby tickets on, thereby all but negating their Speed Bump, Leo struggled with the robot-building Roadblock, his attention to detail failing them once again, which left them out in 4th place. Their constant scenery chewing got them invited back for All-Stars. 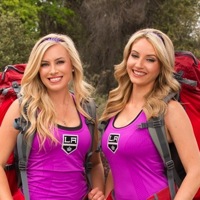 Friends, and members of the LA Kings Ice Crew. They formed a leg 1 alliance with the Afghanimals (with Leo constantly referring to them as his "race wives"), which led to them being Leo & Jamal's only friends during the season. Despite the help their alliance provided, their relatively weak racing skills left them constantly just scraping by at the bottom of the standings, as they never finished in the top half of the field, and finished in second-to-last for five straight legs. They would be done in during the 9th leg when, despite having an hour lead on Tim & Marie and Jason & Amy thanks to being on the first train to Bandung, they botched the Elephant feeding Detour. They had a chance to catch up at the Roadblock, as Nicole struggled to construct her angklung, but Amy helped Nicole finish the task, putting Ally & Ashley out in 5th place. 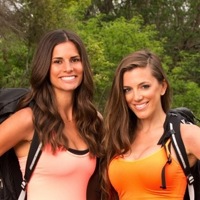 Friends and wives of baseball players Chris Getz and David DeJesus. Pegged as probable early outs at the beginning of the season due to their lack of physical abilities and pampered home lives, they kept up positive attitudes and enjoyed their experience on the race while flip-flopping in the standings, finishing low in legs stocked with challenging physical tasks, and finishing high in legs without them, becoming a pair of the most surprising fan-favorites in the series. After being saved by a non-elimination in Abu Dhabi, they fell behind early in the next leg due to the lack of an equalizer, and then got U-Turned by Tim & Marie as payback for outsmarting them for plane tickets in the third leg. This, coupled with facing a very challenging Speed Bump, caused them to finish in 6th place. 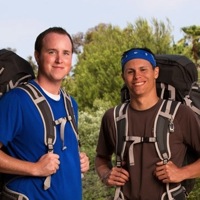 Friends and oil field workers from Oklahoma who had never before left their home town, and hoped to win the money to provide for their families and cut down on their 80-hour work weeks. Despite being physically capable and using any opportunity they could to stay in the game, including unflinchingly using the U-Turn on Leo & Jamal, their lack of worldly experience and coordination repeatedly caused them trouble. In Austria, Tim struggled to complete the choir Roadblock, and they ended up finishing in 7th. 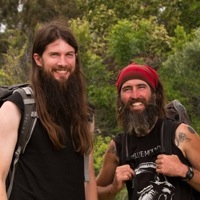 Beard lovers and childhood friends. All the enthusiasm in the world could not save them in Poland, where, after starting the leg in 1st, their initial struggles to collect zloty during the Poses Detour caused them to make the fatal choice of switching Detours. This dropped them to last place, and with Leo & Jamal having been U-turned, the Afghanimals were able to pass that favor forward by U-turning the boys with the beards, all but guaranteeing their elimination, and they finished in 8th place. 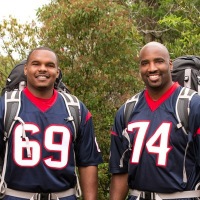 Friends and former NFL teammates. They did well during the first two legs, even winning the second. However, their luck went down the drain in the third leg while attempting to fly to Lisbon, Portugal. A bizarre sequence of missed and delayed flight connections left them on a flight to Lisbon that arrived much later than the rest of the teams, despite leaving the Pit Stop first, and having several hours more than some of the teams to find better flights. They arrived in Portugal long after the other teams had checked in, and Phil met them upon their arrival at the Lisbon airport, eliminating them in 9th place. 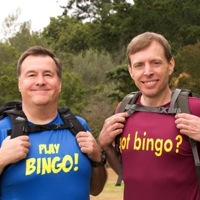 Theater performers and best friends who star in their own stage show, "The Queen of Bingo". After a surprisingly good finish in the first leg, they fell behind early on in the second leg due to their cab driver getting lost, then made it even worse when they separated from the other trailing teams, thinking they were getting on a bus that left later, but arrived earlier, but in reality left later and got them in much later. Although they managed to rectify this mistake and catch up to the teams on the second bus, Rowan's struggle to correctly complete the Roadblock left them out of the race in 10th. 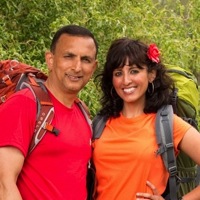 Daughter and her overbearing father. After getting stuck on the second flight to Chile, they fell behind at the first Roadblock when Naina's taxi took a longer route to the paragliding landing site. Further troubles at the second Roadblock dropped them further behind, as Naina read the clue wrong and ended up wasting time doing the task her father was supposed to do, and they were eliminated in 11th place.