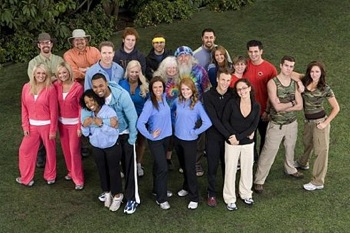 After the success of Season 12, The Race earned itself a permanent spot in CBS's Sunday night lineup. The bad news was the Race had to compete for ratings on one of television's toughest nights, and in the fall was constantly delayed by football games overrunning. The good news was the football lead in actually helped ratings, and the Race thrived, even against Sunday Night Football, becoming one of the night's top rated shows.

For its first season in its new permanent spot, the Race submitted an underwhelming effort, with a cast that was not as charismatic as hoped, and a predictable, boring end result. Nick & Starr dominated most of the season, and, for the first time in the show's history, said dominant team won with little-to-no threat posed by the other teams. Though an overall weak season (being the only one of Seasons 12-17 to not have a representative for Unfinished Business), and having the disadvantage of being sandwiched between two much more popular seasons, it does have some positives, such as the high amounts of comedy that came from watching Dan & Andrew shock everyone by bumbling their way into the Final 3, and episode 9, the leg where Dan tried his hand at marching, is one of the best individual episodes in the series. 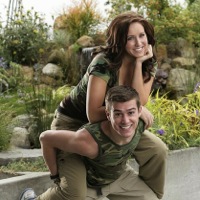 A Dallas Cowboy cheerleader and her actor brother, they were the first dominant team to win the Race. They broke the record for leg wins in a single season (set by Colin & Christie and unofficially tied by Eric & Jeremy), were the first team to win four straight legs (albeit by using a Fast Forward for one of the leg wins), and were the first family team to win the Race, as well as the youngest (not counting the Family Edition, which most people don't). While they were not more physical than their competition, nor more intelligent, they made up for it by being extremely efficient in everything they did. They were always the first out of the airport, and got through everything as quickly as possible without stopping to talk things out or argue. That efficiency would help them in the finale, as while Tina spent more of her attention on nagging Ken than running the Race, allowed Nick & Starr to eke out the victory. While not the most likable team (the only thing that probably kept them from getting the standard villain cut was that they won), they easily earned the win, and were the first in a line of dominant teams who would win the Race. 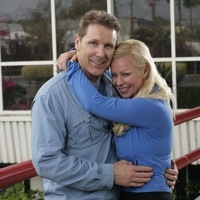 Former NFL safety and his wife who were separated, Ken played for the St. Louis Cardinalsnote Not the baseball team, the Arizona Cardinals were previously located in St. Louis as well. and the San Diego Chargers. Ken had cheated on Tina, and they were trying to reconcile their relationship while running the Race. They started off strong, winning the 2nd through 4th legs, and appeared to be getting along great. However, both their racing skills and their relationship deteriorated from that point out, and they were never quite able to keep up with Nick & Starr after that. They would make it to the Final 3, where they would trade the lead with Nick & Starr for most of the leg, until they fell behind for good while looking for the green dinosaur in Portland, Oregon, and finished 2nd. 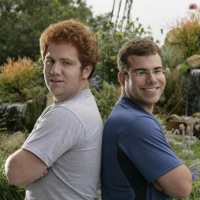 Andrew: A compilation video needs to be made of all our mistakes throughout the Race. It'd be the best thing ever.
Dan: Yeah, It'd be very long. Braveheart.[1]

Frat boys, and the most unexpected team to ever make the Final 3. There have been bad teams before, and there have been bad teams since, but Dan & Andrew had legendary badness. They were so bad that the other teams dismissed them as a complete non-factor, and Phil told them he thought they would be the next team eliminated. They were so bad, they were easily the most entertaining part of an otherwise dull season. They were bad at the mental game, they were bad at the physical game, they were so bad they screwed up walking, yet somehow made it all the way to the Final 3 due to other teams making mistakes more fatal than theirs (e.g. Dallas losing his fanny pack containing money and passports). They were a complete non-factor in the finale, as their cab driver immediately got lost, and, as they had not thought to research directions before getting on the plane like Nick & Starr, they quietly disappeared from the episode and finished a distant 3rd place, yet got the loudest cheers from the other teams as they cruised into the Finish Line. 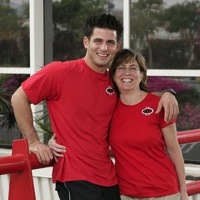 Mother and son, they were the season's fan favorites by default, due to the other teams in the top 6 being less than likable, and their polite, if not boring, demeanor made them the obvious choice to root for. Dallas spent much of the season flirting with Starr, a relationship that was complicated by him and his mother being Nick & Starr's biggest threat near the end of the season. However, in the process of completing the Stalin/Lenin statue counting Roadblock in Moscow, Dallas left their fanny pack, containing all their money and passports, on the floor of his cab, and with no money they were not able to make it to the Pit Stop to complete the leg, as Phil came out onto the course to eliminate them in 4th place. 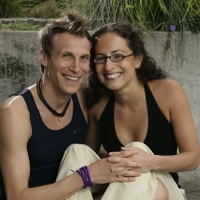 Dating, Sarah worked on Wall Street, while Terence was a running coach. They constantly raced near the top of the pack despite Terence's constant need for attention, and Sarah taking the smallest things personally. However, in leg 8 they decided to race Nick & Starr for the Fast Forward. Vegetarian Terence quickly realized he was in over his head when he saw the Fast Forward involved eating meat, but by the time they gave up and returned to the Roadblock it was too late, they were too far behind to catch Andrew & Dan, even with the boys' navigation problems and being forced to go back and run the route to the Pit Stop after taking an illegal cab, and they were eliminated in 5th. 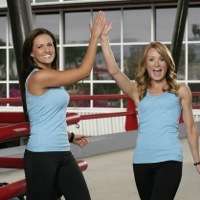 Friends and Divorcees, though they actually had somewhat strong racing abilities, this was negated by their frequent failure to notice the most obvious things. In fact, their inability to Read The Freaking Clue was only slightly more infamous than their sour attitudesnote possibly something to do with their still recent divorces, which caused them to get on the nerves of the other teams. Ultimately, their inability to notice the details cost them, as they struggled to complete the Bleary Eyed Detour in India, writing down random numbers instead of the ones on tags hanging from the power lines. Though they managed to rectify this mistake before Dandrew, Ken & Tina helped Dan & Andrew finish the Detour before them, knocking them out in 6th. 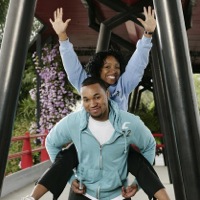 Long distance dating couple, the Race was the first time they had spent more than a few days together. Poor navigation caused them to fall behind in New Zealand, and though they were saved from elimination that leg by Marisa & Brooke's even worse navigation, it left them far enough behind starting the next leg that they missed the equalizing flight into Cambodia. They never saw another team again, and were out of the race in 7th place. 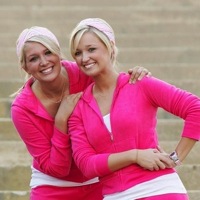 Friends and "Southern Belles," they were notable for being friends with Jamie Dugan from Survivor: China. They had navigation issues in New Zealand, where they fell behind early and never saw another team after leaving the airport. They were subsequently eliminated in 8th. 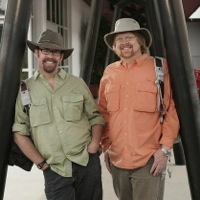 Best friends and geeks, Mark was the treasurer for Comic-Con. They showed a positive attitude and a good sense of humor, along with a strong racing ability. However, in the third leg they broke the first rule of The Amazing Race, as they jumped in a cab to take them to the Detour when they were supposed to walk. They were far enough ahead that they might have survived this, except that Mark struggled with the wrestling Roadblock, finding it hard to breathe in the high altitude, dropping them to 8th place. Their ensuing penalty allowed Kelly & Christy to check in before them, knocking them out in 9th. 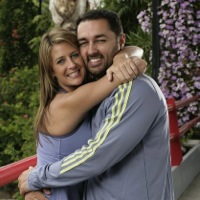 Dating couple looking to win the money so they could start their lives together. Anthony's decision to try to push start their stalling cab put them in last leaving the airport to begin the second leg, and Anthony's subsequent lackadaisical effort at the Roadblock cemented their elimination in 10th. 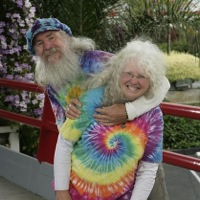 Married beekeepers, and the show's first team of actual hippies after having pairs of modern day "hippies" win two of the previous four seasons. They did not fair too well, as they fell behind early in the first leg, and their lack of speed kept them from catching up on either of the physically based Detour choices, as they were eliminated first.