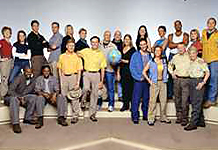 The season that kicked off the franchise. As most teams had no expectations coming in, it has a distinctly different feel than the rest of the series, with most of the teams believing that "playing fair" was more important than "playing to win". While overall an enjoyable season, it has its glaring faults, mostly due to everything being new for the production team as well, meaning they didn't know what would and wouldn't work yet. This led to the course having Schizophrenic Difficulty, and the badly placed equalizers allowing the top two teams to get so far ahead following leg 9, that nothing that happened between the first half of episode 10 and the last 20 minutes of the finale actually mattered in the outcome of the Race. Still, the positives outweigh the negatives. The teams who made it deep into the season included some very memorable and popular characters, and though the beginningnote The first few legs were cut challenge to challenge, meaning each task was shown to completion before moving onto the next one, making it impossible to tell what order the teams were in until they checked into the Pit Stop. and ending of the season are kind of rough, legs 4-9 hold up well against anything in the series. 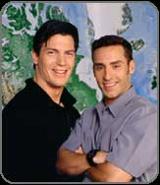 Lawyers and best friends, they were the first winners of the Race. They would form a friendship with Kevin & Drew and Nancy & Emily (to the point that Brennan and Emily both broke up with their partners to start dating after the season), the three of the becoming the loudest voices decrying the tactics of Bill & Joe. While they did not have the same strategic chops as Bill & Joe and Frank & Margarita, they made up for it with their physical advantage on tasks. The badly placed equalizers late in the game allowed them to cruise into the Final 3, and ultimately win the Race when they got a better cab than Frank & Margarita in New York. 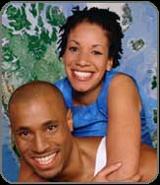 Separated parents trying to reconcile their relationship. They were top competitors from the very beginning, and like the other teams they were not fans of Bill & Joe. However, they did not participate in the complaining about the Guidos' tactics, choosing instead to focus on the Race and their own relationship. Like Rob & Brennan, they wound up easily making the Final 3 thanks to the badly placed equalizers, where they were very excited to discover the Finish Line was in Queens, in their neighborhood. However, Frank micromanaged their cab driver, giving him specific instructions on the route to take, which might have worked if it were not early in the morning, and there was almost no traffic. Instead, they fell behind and finished 2nd. 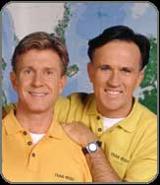 Rob: [Bill & Joe] are your best friends to your face, and then behind your back they do whatever it takes to stab you. We've been talking about it, I think all the teams agree that they don't really play the game like sportsmen, but they're playing to win.

Life partners, and the show's original "villains". Their anything-to-win style of racing would upset the fans and other teams, yet it also made them the fathers of the Metagame, as they invented most of the basic strategies that would be emulated by teams over the next several seasons until Colin and Rob gave the game a kick in the pants. The favorites to win for most of the season, they would make a critical mistake in leg 9. After winning the Fast Forward they sat around all day, drinking tea, waiting for a direct bus to the Pit Stop instead of heading there right away. When they finally arrived they were last, and were only saved due to Nancy & Emily's 24-hour penalty. Though they would go on to make the Final 3, they were never in the game again after that, as badly placed equalizers prevented them from ever catching up to the lead teams. Their lasting influence on the game would get them invited back for All-Stars. 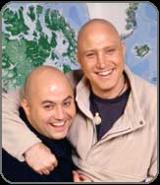 Friends from New York, and the first fan favorites due to their constant joking around and good-natured bickering with each other. They would prove to be deceptively good racers, winning three legs on their way to finishing 4th. They were officially eliminated in leg 11 after their cab driver took them to the wrong entrance of Tiantan Park, but their real elimination came, like Bill & Joe, when the badly placed equalizers distanced them from the front two teams during leg 10. Their status as the first fan favorites would get them invited back for All-Stars. 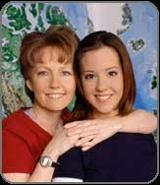 Mother and daughter team, they became fan favorites due to their tenacity despite being heavily outclassed by the other teams and being constantly on the edge of emotional breakdown. They would be the first major victims of Killer Fatigue in Thailand. After losing a vital Fast Forward to Joe & Bill, Nancy convinced a frustrated Emily to quit the Detour, earning them a 24-hour penalty that would cost them the Race. Even though they would still make it to the Pit Stop before Joe & Bill, they were penalized, and finished 5th. 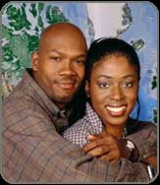 Dating team, Karen spent most of the Race yelling at Lenny, who trailed along behind her, clearly not enthusiastic about being on the Race. They struggled, yet managed to escape elimination following several lucky breaks. In India, despite leaving the Roadblock ten minutes before the other teams, they had trouble finding the Taj Khema Hotel, and were eliminated in 6th place. 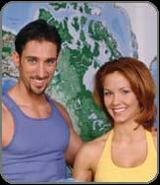 Engaged couple, they would be the first of many "fighting couples" on the race, whose aggressive personalities managed to ruffle feathers with other teams as well. They were just starting to gain momentum when they got lost in Tunisia looking for the Roadblock, and came across the Pit Stop by mistake, where they were already the last team to check in and were subsequently eliminated. 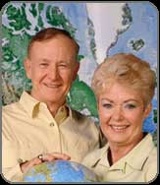 The Race's first older team. They managed to work their way into 8th place, where they were eliminated after their cab driver wouldn't accept their American money. 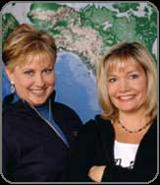 Working moms and friends, they won the second leg by Fast Forward, but got eliminated on the third leg when they were charged with finding a Foucault pendulum, except that there were two Foucault pendulums in Paris, and they were the only team to go to the wrong one, which caused them to fall behind and miss the trains the other teams got on. The Race would not use such an intentionally deceptive task again in future seasons. 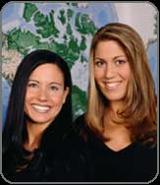 Teachers and roommates. After clashing with Paul & Amie during the second leg, becoming the first team in Amazing Race history to steal a cab from another team, they were eliminated in 10th when they got caught up bickering with their cab driver over change. 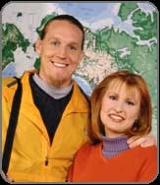 Married couple who met while serving in the army. They became the first team to ever be eliminated from the Amazing Race after they got extremely lost driving to the Pit Stop in Zambia, allowing all the other teams to pass them by.