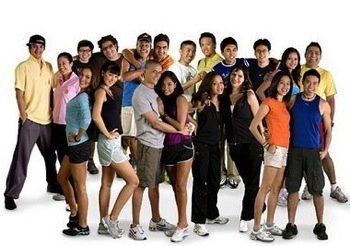 The third installment of The Amazing Race Asia promised to be the toughest Race ever. In many ways they did deliver, as the season far surpassed its predecessors in terms of quality, with an interesting and entertaining cast, along with a very likable final five. Productions also fixed many of the length issues that plagued the first two seasons, shortening the show from 13 legs to 11, and tightening up the editing to rid the show of its most severe Leave the Camera Running moments. While the show delivered on its promise to deliver the toughest The Amazing Race Asia season yet, production ignored many of the changes the original series was enacting at the time, leaving it looking like a slower paced throwback when compared to U.S. Seasons 13 and 14. This was particularly evident in the finale, which contained a mid-leg flight and two luck tasks that caused the winner to be decided by a large amount of luck. 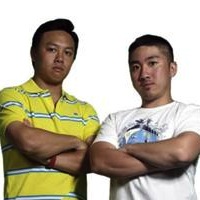 Friends from Hong Kong. They were a strong team, finishing consistently near the front of the pack, finishing outside the top 3 only twice. They managed this despite Sam frequently doubting himself and his abilities, culminating in him taking a four-hour penalty when he could not complete a rather straightforward high wire task, only being saved from elimination due to Fuzzie taking the same penalty. In the finale, despite starting the leg four hours behind the other teams, a mid-leg equalizing flight, combined with Geoff & Tisha's cab driver getting them lost right out of the airport, won them the Race. 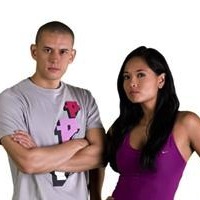 Dating couple from Philippines. Geoff quickly earned the other teams' ire thanks to his arrogant attitude and his rude behavior towards locals, the other contestants, and Tisha This caused them to become outcasts amongst the other teams, especially in the final five, where it appeared that the other four teams were allied against them. Despite this, they cruised into the Final 3 on the back of several strong finishes. In the finale, after getting on the first flight to Phuket, they got a bad cab driver out of the airport, who got them lost looking for the route marker at the ice factory, dropping them to a 2nd place finish. 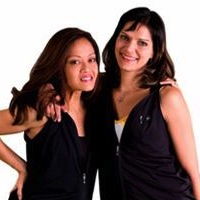 Actress and Heiress from Malaysia. Despite spending a good portion of the game in the middle of the pack, they impressed the fans with their endless determination and positive attitudes. They stumbled in the middle of the season, coming in last twice in a row, but being saved by rare back-to-back non-elimination legs. However, they were able to regain their momentum, climbing back into the Race, and entering the finale in 1st place. In the last leg, they got out to a huge lead early, finishing the Roadblock before any other team had arrived, but a bad ticketing agent cost them seats on the first flight to Phuket, dooming them to 3rd place. 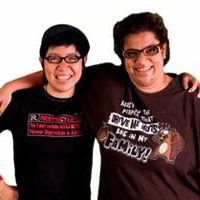 Friends for 15 years from Singapore. They made it deep into the game, staying mostly in the middle of the pack, despite Fuzzie being horribly out of shape, and refusing to move at a pace faster than a slow walk. After receiving a Marked for Elimination penalty for finishing last in leg 9, they entered the penultimate leg needing to get a half hour buffer on at least one other team. Unfortunately, the combination of four equalizers to start the leg, with a large amount of self-navigation to remote locations in Oman, caused them to remain bunched closely with the other teams. Despite being the last team in line at the canyon traverse Roadblock, a door opened for them when Sam quit the task, receiving a four-hour penalty. However, they had chosen Fuzzie to do a task heavily relying on upper body strength, and she quit as well, eliminating them in 4th place. 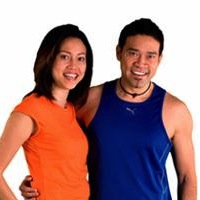 Siblings from Malaysia. They became the early frontrunners after winning the second and third legs. Despite Henry being a little controlling at times, they got along well with each other and the other teams, and had competitive, nice, and funny attitudes. In the 8th leg, they and Vince & Sam missed their connecting flight to Cochin, India, causing them to miss the operating hours equalizer, and putting them both on the chopping block. Vince & Sam chose the faster, swordfish carrying Detour, while they dropped to last creating a colored rice powder design, and they were eliminated in 5th place 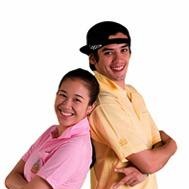 Friends from Thailand. After winning the first leg, Mai left quite the impression on the fanbase when she begged Oliver to let her quit the race. Though they soldiered on for four more legs, their race came to an abrupt end after they spent seven hours searching through Blu-ray discs in Taiwan, taking so long that they were forced to take a penalty because the store was closing. As half of the teams had already checked in at this point, their race was pretty much over, and when the cab leading them broke down, they just decided to sleep in their car, which was where Allan found them the next morning when he came out to eliminate them in 6th place. 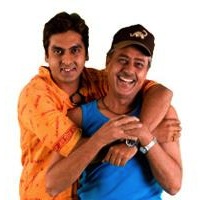 Father and son from India. They were clearly unprepared for the race, as they spent most of their time either fighting with each other, or complaining about the tasks they had to do. The spent most of the fourth leg fighting with the automatic car they were provided, something that most teams usually celebrate, dropping well into last place. Already all but eliminated, Kapil quit the Stinky Tofu Roadblock, and they ended up in 7th. 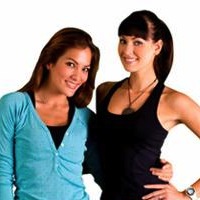 Natalie: I don't wanna do this anymore.

Beauty queens from Thailand, Natalie was Miss Universe of 2005. Natalie was probably the worst case result of The Amazing Race Asia's tendency to Stunt Cast local media personalities, as she had never seen the show before, and therefore came in woefully unprepared for what the show would require from her. Starting with the second leg, she complained non-stop, shocked to actually have to rough it during a race around the world, and outright saying that she did not want to race anymore, much to the dejection of Pailin. In the third leg, Natalie could not figure out the order of the Vietnamese emperors in the King's Ransom Roadblock, and decided to take a four hour penalty. They came in last anyway, and were eliminated in 8th. 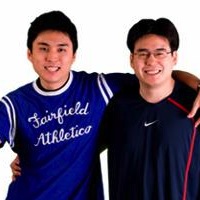 Brothers from South Korea. They got stuck on the worst flight into Vietnam leg 2, leaving Bangkok in the morning when all the other teams were arriving the night before, sticking them in a huge hole with two other teams. They then proceeded to struggle to catch their chickens at the Some Walk Detour, dropping them to last and eliminating them in 9th place. 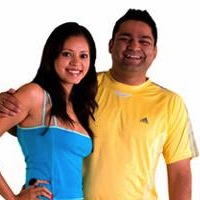 Cousins from India. In the first leg, they got off to a good start, remaining within the Top 4 for most of the first half, but things unraveled for them after they fell onto the last charter bus into Chiang Mai, Thailand. They ended up with a bad cab driver who got them lost twice, and despite leaving the Detour in 8th place, he took them to the wrong place, and they were both the first team eliminated, and the only team in The Amazing Race Asia to be eliminated after only running one leg.