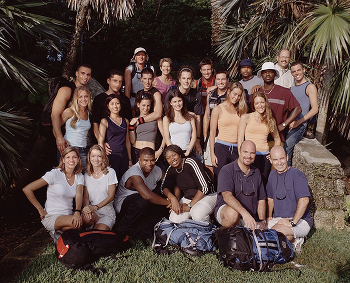 The Race entered its third season with a more savvy cast, where nearly every action taken by the teams was a direct response to something that had happened in the first two seasons. The sole alpha-male team was ostracized and feared right off the bat, an alliance forming around making sure they didn't win, while many of the so-called "weaker" teams were overlooked, with the two oldest teams surprising everyone by winning three legs apiece and making their way into the finale. The season got off to a somewhat weak beginning and ended with one of the most hated winners in the series, yet it also has some of the strongest characters and best storylines in the series. Even though it is now considered one of the series' top entries, the ratings for the season slipped from where they had been in Season 2 (which were not all too high to begin with), causing the following season to get booted from Wednesday night and into a dreaded summer slot. 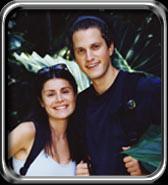 Zach: Flo and Drew sat next to each other the whole plane ride from Paris to Kuala Lumpur. So it was the two of them, and then one seat, and then me. It felt a little bit strange because there was some kind of symbolic distance between me and my partner, and another man moving in.

Best friends, using the experience of the Race to see if there was anything more between them. Flo became notorious for her constant complaining and screaming at her seemingly unflappable partner while he (almost literally) carried her through the Race to become the first co-ed team to win. Flo repaid his awesomeness by ignoring him and flirting with Drew for the second half of the season, then dating him afterwards. In the final leg, they would be the last team to reach the International Fountain in Seattle, yet were the first to find a cab, winning them the race. While Flo was asked back for All-Stars with Drew, Zach was not (possibly due to his career as a camera operator and later TV producer post-race), and as such she did not return. 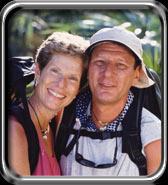 Married parents, Ian carried a domineering attitude and was grumpy with his wife for almost the entire season, much of that due to him going through withdrawal from cigarettes. The two of them were severely underestimated after escaping elimination through a few lucky breaks at the beginning of the season, but hit their stride after winning the Fast Forward in Marrakesh. They won the two legs leading up the the finale, but fell to 2nd in the final leg when they had trouble finding a cab at the International Fountain. Their tenacity and huge personalities got them invited back for All-Stars. 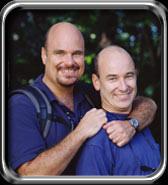 Brothers who, despite their age, were formidable racers, using every advantage given to them to make it to the end. They were one of the snarkiest teams in the series, cracking jokes at nearly everyone else's expense, yet in such a good natured way that the other teams liked them anyway. When they saw the teams lining up against Derek & Drew in the "Twin Hunt" alliance, they took the opportunity to form a Brothers Alliance with them, an alliance they would eventually break in order to make it to the Final 3. Despite having a lead in the final leg, they faltered when they were unable to catch a taxi leaving the International Fountain, which ultimately put them in 3rd place. As one of the most popular teams from the first ten seasons, with both the fans and even Phil himself, they were one of the more surprising snubs form All-Stars, despite the host's best efforts to get them on. 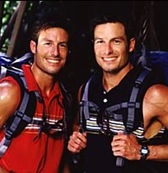 Twins and models, and the most feared team at the start of the season due to being young, athletic, and male (a direct response to Rob & Brennan and Chris & Alex's wins in the first two seasons). Despite having nearly everyone out to get them, they managed to win four legs and work their way far into the Race, where they ended up missing a clue in Vietnam and being eliminated in 4th place. Drew got invited back to All-Stars with Flo, but since she did not want to run the race again, he did not return. 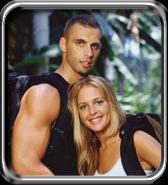 Dating couple from New York, Jill initially applied for the first Amazing Race with her brother, but after he was killed on 9/11, she she started dating his friend John Vito, and they applied again in his memory. Despite being somewhat overshadowed by the bigger characters and storylines going on around them, they became favorites in their own right, finishing in 5th place after getting lost in Singapore. Being underdog favorites, they found their way into All-Stars. 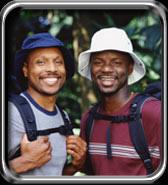 Best friends, a firefighter and a cop respectively. The other teams disliked having them around due to their parasitic racing tactics, which involved leeching information off of the other teams and ditching them when they could go the rest of the way on their own. Despite picking up speed as they entered Morocco (due to buying their way into the Brothers Alliance), getting out of the country proved to be their undoing. A last minute flight out of Casablanca with no pre-planned connecting flight left them stranded overnight in Paris, putting them out of the race in 6th. 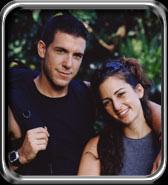 Best friends and the leaders of the "Twin Hunt", making an alliance set on putting Derek & Drew out of the Race. They got the lion's share of the screen time for the first half of the season, due to their alliance and their Deadpan Snarker tendencies, and looked to be a sure bet to make it late into the season. Unfortunately, they were among the half of the cast to put unleaded gasoline in their car instead of diesel, and they would never recover from that mistake, finishing in 7th place. 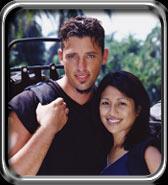 A long-distance dating couple, and part of the "Twin Hunt" alliance. They were unfortunately taken out after they put unleaded gasoline in their diesel car on their way to a ferry in Spain. However, while the other teams got their cars fixed that night, they stayed overnight in a hotel, deciding to get it fixed in the morning, and subsequently finished out at 8th place. 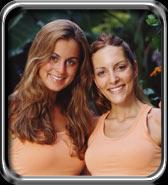 Roommates from Harvard Law, and part of the "Twin Hunt" alliance. Despite a strong placing in the first few episodes, they became the first team to be eliminated due to failure to Read the Freaking Clue, taking a taxi to the Pit Stop instead of going by foot, the ensuing penalty taking them out in 9th place. 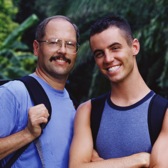 A father and his gay son. They had trouble finding a flight into England, which put them a day behind the other teams, and they lost despite taking the Fast Forward, finishing in 10th place. 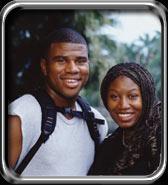 Over-the-top African-American siblings who ended up being eliminated after Talicia struggled with their wave rider in the second leg Detour, putting them alone on the last ferry to Cozumel, coming in at 11th place. 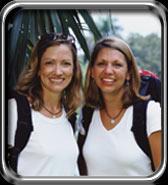 Soccer moms who were edged out by Derek & Drew on the first leg, finishing in 12th place.