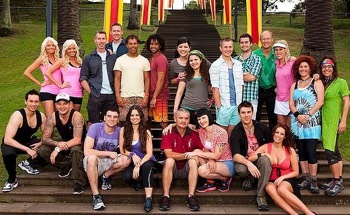 Premiering a week after the US Season 20 finale, the second season of the Australian version of the Race not only far surpassed either of the efforts the American version put out over the past year, but was comparable to the best seasons in the franchise. While the first Australian season was a decent race, the second fixed many of the problems that plagued it. First and foremost, the producers evened out the physical and mental tasks, giving alpha males much less of an advantage, smoothed out the difficulty curve, and lessened the number of luck tasks and mid-leg equalizers (though they still stuck one of each into the finale). On top of that they became the first Eastern-hemisphere based version to visit the Americas, had some pitch-perfect casting, an insanely unpredictable finishing order, and one of the most surprising and likable winners in the franchise. 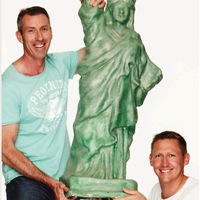 Cops from Shepparton in Victoria, and one of the most surprising winners in the entire series. They did not start out well, in part thanks to terrible luck with taxi drivers in various countries, and would have weak finishes throughout the entire first half of the season. They would improve greatly once they hit North America, but still went into the finale as huge underdogs to Paul & Steve and Michelle & Jo. They would pull ahead of the other two teams at the opinion matching task, and pulled off one of the biggest upsets in Race history. One of the most likable winners in the series, and one of the teams who could probably put the money to the best use. 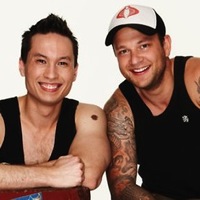 Workmates and alpha males from Victoria, they came into the season behind many egotistical proclamations from Paul, and his ego and abrasiveness ended up annoying the other teams, and making him the clear villain of the season. While early on it looked like Paul's heady opinion of himself was way overestimated, they turned it on in Istanbul with the Arabic symbol memory Roadblock and ended up winning five straight legs. In the finale, they would fall behind on the opinion matching task, and Paul choking on the Final Exam Finale quiz would prevent them from catching up to Shane & Andrew, finishing 2nd. 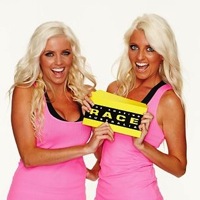 Twins and cheerleaders for the St. George Illawarra Dragons from Sydney, Australia. They quickly asserted themselves as one of the season's biggest threats, and while the other early favorites found themselves falling off to stupid mistakes one by one, the twins became a fixture in the top 3, all the while remaining the one of the most competitive, plucky and energetic teams of the season. While they would spend most of the season playing second fiddle to first Sticky & Sam, then Paul & Steve, they would become the first female team in any version to put up their season's best finishing average. In the finale they would get a lead of over an hour on the other two teams, only to have it disappear when all three teams made the same mid-leg flight. Michelle would struggle to match Jo's answers on the opinion matching task, dropping them to 3rd. 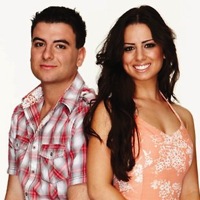 Brother/sister team from Sydney, Australia, Grace seemed to have her own, entitled, view of the world, forcing Joseph to deal with her princess personality on top of the normal stresses of the race. Grace had no problems letting her opinions of the other teams be known, particularly to their faces, and became a rather abrasive opponent (though in a very entertaining way for the viewer). They would make the mistake of jumping into a van-style cab in Beijing, the increased costs of such a vehicle costing them all their money and putting them out of the Race in 4th place. 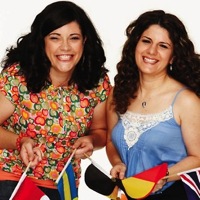 Italian sisters and teachers from Sydney, New South Wales, they had originally been slated for the first season, but their mother falling ill caused them to drop out. They got their chance in the second season, and it almost came to a halt immediately, as they struggled with the raft task in the first leg and came in last. Fortunately, they were saved by Ross & Tarryn using the Salvage Pass on them. They would continue to bumble their way through the race, finishing second-to-last in the next three legs, and never finishing higher than 5th overall, but they would make up for their lack of racing skill with their optimistic and energetic attitudes, as well as somewhat snarky and playful sense of humour. Unfortunately all the luck and positive thinking in the world would not save them forever. Lucy would struggle with the frozen waterfall Roadblock in Canada, which would put them behind the other teams, and they finished 5th. 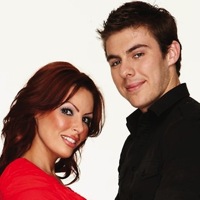 Dating couple from Melbourne, Victoria, Sarah was nine years older than James. Sarah seemed ill-fit for the race, coming to the Starting Line in hybrid "runner" high heels, a low cut shirt, and a miniskirt. Her unpreparedness and high maintenance personality caused them many problems, and they became the season's fighting couple. However, despite her appearance, Sarah was an extremely competitive racer, and most of her fights with James were about their conflicting perspectives on how they should run the race. They were finally put out of their misery in Vancouver when they got a late start due to Sarah spending over an hour on her hair and makeup, then they had to go back to their hotel because they forgot to pay for their room. This put them far behind the other teams and cost them all their money, and they were never able to catch up, finishing 6th. 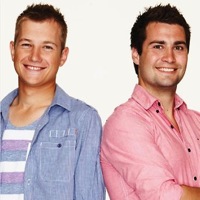 Flatmates from Launceston, Tasmania, Sticky was born without a left forearm. They would quickly become a force to be reckoned with, as they managed a large number of strong finishes within the first half of the season. However, their momentum would eventually die when they missed a flight out of France, and only the combination of Joseph & Grace's penalty and the leg being a double-leg would save them. However, they were eliminated on the next leg when they had navigation issues in Cuba, getting lost while looking for the crocodile farm, and wound up 7th. 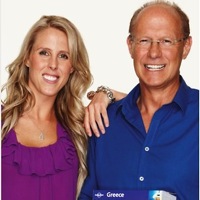 Father/daughter team from Melbourne, Victoria, Ross was a former Australian rules footballer who played for Fitzroy during the '80s. They ended up winning the first leg, but instead of receiving the Express Pass, they go the brand new Salvage Pass. Instead of using it to get an hour lead in the next leg (which would have gotten them to the airport equalizer an hour earlier), they used it to save Lucy & Emilia from elimination. Much like other father-daughter teams on the race, Ross was very protective and overbearing towards his daughter, but it didn't stop them from managing a strong start to the race. However, their race prematurely came to an end in Turkey, as Ross would end up choking on the Arabic Symbols Roadblock and chose to quit the task, taking the four-hour penalty. Though they were saved by a non-elimination leg, their race was ultimately over, as the combination of no equalizer in the next leg and an Intersection guaranteed their 8th place finish. 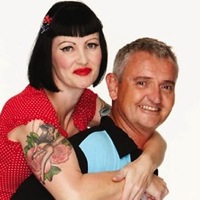 An engaged rockabilly couple from Brisbane, Queensland, and somewhat similar to team of Dave & Kelly from the original season, much was expected of them after they managed strong finishes in the first three legs. However, like Dave & Kelly before them, they fell victim to No Sense of Direction in Dubai after not buying a map and getting hopelessly lost, after which Kym completely gave up. They were subsequently eliminated in the field by Grant in 9th place. 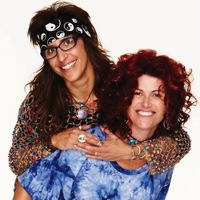 Hippie Hairdressers, they are one of the few teams in franchise history to share a boss/employee relationship. The two "Earth Mothers" intended to win the race with their calm personas and their "Aura Spray", which they used in stressful situations. They started out fairly strong, with two top 4 finishes in the first two legs, which saw them starting the third leg in 3rd place, with a 30 minute lead over several of the other teams. Despite the leg not having an equalizer, Sue hit a wall at the stair counting Roadblock, allowing all the trailing teams to catch up and pass them, and they finished the race in 10th place. 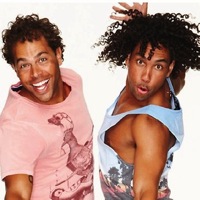 Cousins and the first Aboriginal team to be cast on the show. While they initially started out strong, the pair made several mistakes over the first two legs that put them at the back of the pack, such as struggling so badly with the rafting task in the first leg that they dropped from 1st place to 9th in the process. During the second leg, they burned through all their money by the time they reached the Bollywood task, and despite leaving said task in 4th, they found themselves without the funds to get them to the Pit Stop. After failing to secure a ride from Ross & Tarryn, they sold a pair of shoes and a shirt to a local mother and son. Though this initially got them to the Pit Stop in 7th place, they incurred a 30-minute penalty for selling their possessions. All the other teams checked in, and with only three minutes left in their penalty, they were eliminated in 11th place.