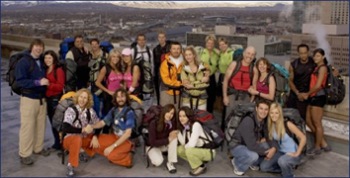 After the failed experiment that was the Family Edition, a preview for the Race's 9th season promised a much-needed return to form. However, the season started off very slowly, partially thanks to two teams dominating the season from the very beginning (in both placements and, by extension, screen time). The overly predictable nature of the season, with those two teams winning 11 of the 13 legs, the over-reliance on "Needle in a Haystack" tasks, and having two of the most popular teams going out early failed to recapture the momentum that stalled with Family Edition, and the season garnered even worse ratings. However, the season itself did earn many fans, especially since it contains one of the most popular teams to run the race, and the exciting finale started the trend of Final Exam Finale tasks appearing more regularly. 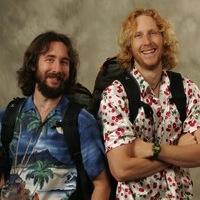 University friends, Tyler was a filmmaker who first came to prominence with his documentary Kintaro Walks Japan, which he made to impress his Japanese girlfriend. They were very wacky and outgoing, and became one of the most popular teams to ever run the race due to their comedic antics. They dominated the season alongside Eric & Jeremy, though to a lesser degree, as they went through a slump in the middle of the season in which they barely escaped elimination three times in four legs. Upon arriving in Colorado during the finale, they fell behind Eric & Jeremy during the initial string of cab rides. However, B.J. was able to pass Eric during the final flags Roadblock, winning them the Race. 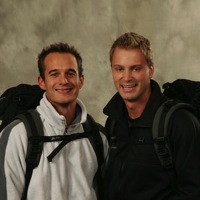 Jeremy: We want to win. Whatever it takes to win.
Eric: It's like trying to get into girls' pants, y'know, lie, cheat, steal. You know, whatever you can.

Best friends, they were obsessed with the women of the world, including fellow team Danielle & Dani, and flirted with these women constantly. They dominated the first two-thirds of the season, hitting six of the first nine mats in 1st place, and were the first team to put up a finishing average better than 2.00note Their 1.69 is still the best finishing average in the U.S. series, and they trail only Marc & Rovilson's 1.46 in the whole franchise. Though they managed to get out to a lead in the finale, Eric stumbled at the Final Roadblock, unable to remember order of the countries they had visited, and they ended up 2nd.

While the two as a team were not asked back for All-Stars, Eric was asked back on the condition that he race with Danielle (from Danielle & Dani), whom he had started dating after the season. 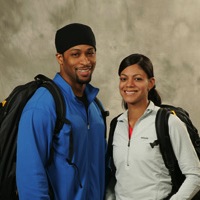 Long distance dating couple. They generally kept to themselves, out of the friendships and drama building between the other teams. They survived almost being eliminated several times due to other teams' mistakes, keeping a somewhat positive attitude and avoiding fighting for the good majority of the race. In the finale they had trouble finding the hidden clue at the Clear Creek Historical Park in the finale, dropping behind the other teams and finishing 3rd. 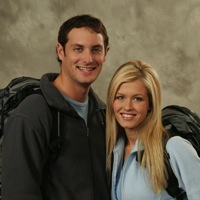 Young dating couple, they were the only team that could regularly keep up with B.J. & Tyler and Eric & Jeremy. They tried to establish themselves as a strong adventurous couple similar to Kris & Jon early on, but thanks to a combination of uneven characterization (going from Dumb Blonde and boyfriend to villains in leg 8 with no set up or reasoning), sour attitudes, bickering over the tiniest little things, and a contempt for the fan-favorite team and eventual winners, they were seen as anything but. Ultimately, Monica's meltdown during the pot-carrying Detour in Thailand cost them a spot in the Final 3, and left them in 4th. 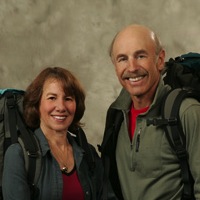 Cancer survivor and her husband. They frequently missed things in plain sight, but after a slow start, they managed to make it two-thirds of the way through the season, mostly because they were the only team with any ability to navigate. They are the oldest team in the series to win a leg without a Fast Forward, and Phil was noticeably shocked when they arrived first in the 7th leg. However, their luck ran out in the following leg when the cab they called ahead for didn't show up at the Fremantle Ferry, and they fell behind the other teams, finishing 5th. 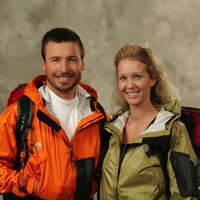 Dentist and his wife/assistant from Mississippi, Lake was known for his loud, aggressive, often abusive behavior, which was mostly directed at Michelle. He would eventually break down when they got lost looking for the Pit Stop in Greece, dropping them behind B.J. & Tyler, and landing them 6th. 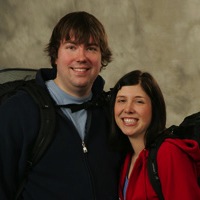 Dating nerd couple. They had a pleasant relationship to the point that Dave immediately regretted the one fight they had. They fell behind at the Detour in the 4th leg, and as the following leg had no full equalizer in leg 5, they were unable to catch up with the other teams, and even fell behind fellow trailing team Ray & Yolanda, finishing 7th. They were one of the 15 teams selected by Phil to come back for All-Stars, though they did not end up making the cut. 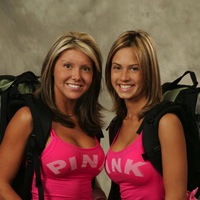 Friends, as the season's dumb blonde team, they constantly made bone-headed mistakes that almost got them eliminated, though they were far more memorable for all the flirting they did with Eric & Jeremy. They have the distinction of being the only direct victims of the Yield in the series (since no other team was eliminated on the same leg they got Yielded) when Lake & Michelle Yielded them near the end of the 4th leg, and Dani subsequently struggled with the statue Roadblock, allowing Ray to pass them, and finished 8th. Danielle was invited back for All-Stars under the requirement that she team with Eric. 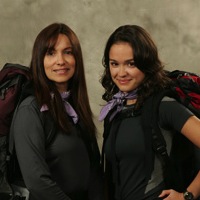 Mother/daughter pair. They started off strong by finishing 3rd in the first leg, but were hit hard by Killer Fatigue during the double-leg, leading them to get terribly lost in Germany, and were then narrowly beaten out by Danielle & Dani at the needle-in-a-haystack gnome Roadblock, finishing 9th. 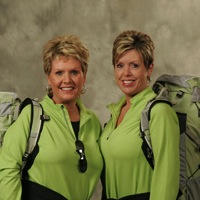 Sisters, they were loud. Very loud. Their bickering caused them to get lost and fall behind, enough to end up in 10th. 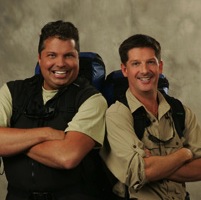 Gay friends, they suffered from two bad cab drivers and constant bickering, which led to them going out first in 11th place.