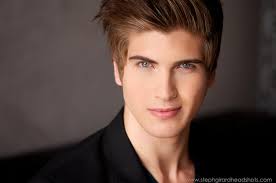 Joseph "Joey" Michael Graceffa (born May 16, 1991) is a YouTube vlogger, singer, and actor. He is known for his daily vlogs and tag videos, his covers of pop and indie music, and his energetic personality. His career as a YouTuber began with his friend Brittany Joyle on the channel WinterSpringPro,

and later branched off to his own channel after beginning to daily vlog. He and his friend Meghan Camerena were contestants on the television show The Amazing Race in seasons 22 and 24. His channel can be found here.

He is currently hosting the YouTube Premium series Escape the Night which debuted in 2016, and has also played on a multitude of Minecraft servers, such as the Empires SMP.

His Videos and Career Provide Examples of:

For his character and role in Escape the Night, see here.