All spoilers regarding the Skywalker Saga and The Clone Wars are unmarked. Examples relating to Disney's EU and the new films can be spoiler-tagged if deemed necessary.

The heart of galactic society, the Core Worlds contain the richest and most populous planets in the galaxy. The outer regions of the galaxy regard most inhabitants of the Core as snobs who look down upon them, which is often true. Due to the densely packed stars of the Core navigation of the region can be difficult, especially in the Deep Core. At the heart of the Deep Core is a blackhole said to hold the galaxy together. Additionally, a mysterious world known as the Wellspring of Light lies within the Deep Core and is said to be the homeworld of the Midi-chlorians.

Core Worlds with their own pages
Advertisement: 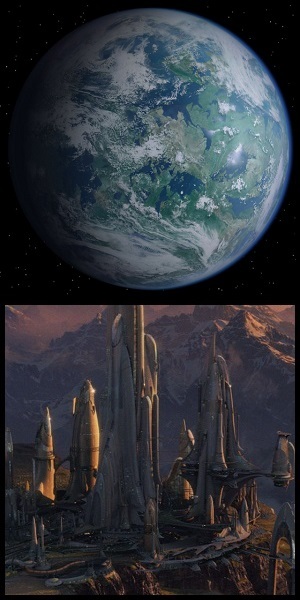 One of the most prosperous and peaceful planets in the galaxy, Alderaan is a mountainous world ruled by a monarchy. Renowned for their great and peaceful culture, Alderaan was highly supportive of the Galactic Republic. Following the rise of the Empire, the world became a primary source of recruitment for the Rebellion, with several of the movement's founders hailing from Alderaan. This earned the ire of the Empire, which led to Grand Moff Wilhuff Tarkin destroying Alderaan with the first Death Star. 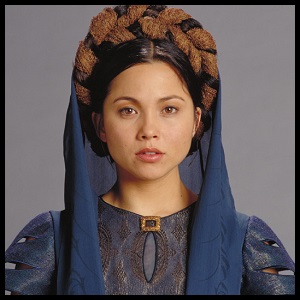 Portrayed by: Rebecca Jackson Mendoza (Revenge of the Sith), Simone Kessell (Obi-Wan Kenobi)
Appearances: Queen's Shadow | Revenge of the Sith | Obi-Wan Kenobi | Princess Leianote flashbacks only | Leia, Princess of Alderaan | From a Certain Point of View
"Our ruler — one day, you — must struggle to keep the culture focused on creativity, love and life. Whatever happens, Leia...you must keep Alderaan alive."

Queen of Alderaan, wife of Senator Bail Organa, and adoptive mother of Leia Organa. Like her husband, Breha played a key role in creating the Rebel Alliance. 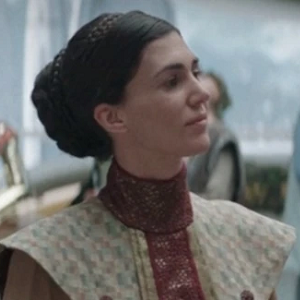 The younger sister of Queen Breha of Alderaan, wife of Duke Kayo Organa, mother of Prince Niano Organa, and the maternal aunt of Princess Leia Organa. 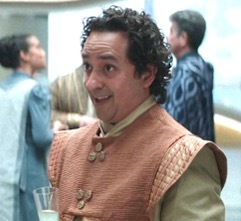 The husband of Duchess Celly Organa, father of Niano Organa, and the uncle of Princess Leia Organa. 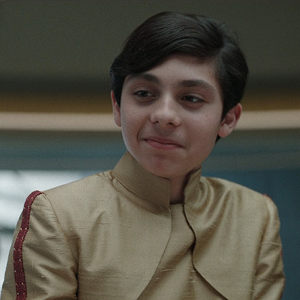 Portrayed by: Ian Inigo
Appearance: Obi-Wan Kenobi
"You know the difference between you and me, cousin? I know things."

The son of Duchess Celly and Duke Kayo Organa, and the cousin of Princess Leia Organa.

Appearances: Leia, Princess of Alderaan | From a Certain Point of View 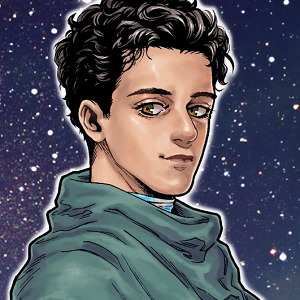 A member of the Apprentice Legislature under the Empire, who aspired to become a historian. He formed a romantic relationship with Princess Leia, though it ultimately ended in tragedy.

The leader of the Melodic Order, a cloister group of Alderaanian musicians performing on Naboo. She initially hides the destruction of their homeworld from the rest of the order before they are recruited by Leia in her journey to unite the survivors of Alderaan. 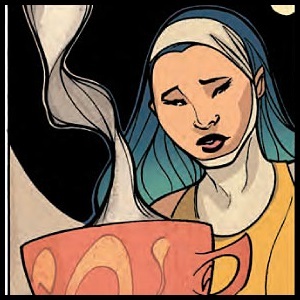 A singer in the Melodic Order, Tace is among the Alderaanians who are gathered by Leia following the destruction of their homeworld. 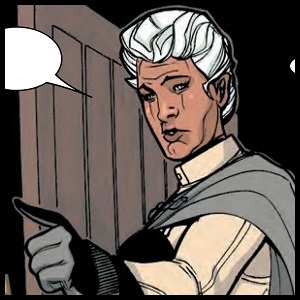 The Preserver of a community of Alderaanians living in a hidden underground enclave on Sullust. Following the destruction of Alderaan, paranoia has gripped the community about the Empire discovering them, which leads to a misunderstanding when Princess Leia arrives at the same time a Imperial Star Destroyer arrives. Astane then joins her community with Leia's growing fleet of Alderaanian refugees. 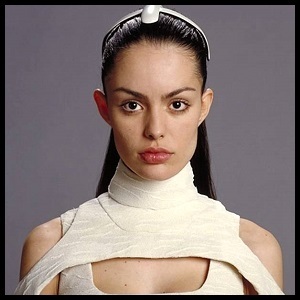 An aide to Senator Bail Organa during the final days of the Galactic Republic.

Appearances: Age of Resistance
"There was nothing left to guard. The Empire took it all away. And the war began. I ran. All the way here to the edges."

A former palace guard who fled to the distant regions of the galaxy after the Empire destroyed his homeworld.

Alderaanians on other pages

A Core World planet that is home to the University of Bar'leth. 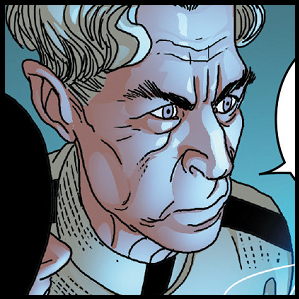 An archaeology professor at the University of Bar'leth.

See her entry on the Criminals page.
Susina

A student at the University of Bar'leth and a friend of Aphra's.

A lush and lively Core World. After the Battle of Endor and Emperor Palpatine's death, Chandrila was instated as the temporary capital of the New Republic, with New Republic Chief of State Mon Mothma as the new Chancellor. However, after an attack on Hanna City on Liberation Day, this led to calls to relocate the New Republic capital to another world, which eventually was chosen to be Hosnian Prime.

A reporter for the Queen of the Core Network, a HoloNet news network that emerged after the Battle of Endor. Tracene was a journalist on Chandrila who worked with her cameraman, Lug, to report on developments on Chandrila and other places in regards to the end of the Galactic Civil War.

A Trandoshan cameraman that worked for the Queen of the Core Network alongside his journalist colleague, Tracene Kane. He was killed by a TIE fighter suicide attack while covering the Battle of Binjai-Tin.

Leia and Han's nanny droid, ordered by Han to watch over the pregnant Leia and later babysit an infant Ben.

Leia and Han's chef droid. At one point, T-2LC went out on errands for Leia, leaving BX to care for infant Ben himself, which almost became a deadly ordeal. 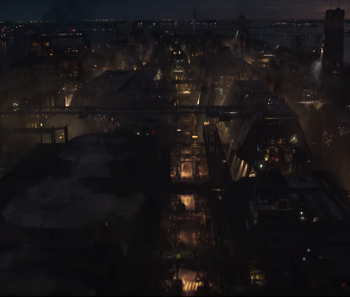 A Core World home to many famous ace pilots and starships, including the well-known starship manufacturer, the Corellian Engineering Corporation. During the reign of the Empire, a local anti-Imperial insurgency known as the Corellian Resistance operated on the world.

Appearances: Life Debt
"What's the deal with you pouty little thugs, anyways? You're, what, a buncha suck-ups to the Empire?"

A detective active during the Coronet City revolution caused by the Acolytes of the Beyond after the destruction of the Death Star II. After taking in a boy named Remi to Peace & Security station after finding him vandalizing property with zealotry for the late Darth Vader, Remi cut off one of Erno's arms and escaped with fellow Acolyte Kiza. 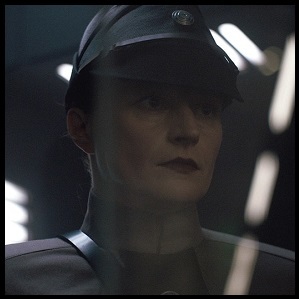 The Lead Transport Security Officer for the Coronet Spaceport during the reign of the Empire. Han Solo and Qi'ra attempt to bribe her with coaxium to get past the checkpoint.

The father of the famed smuggler and Rebel general, Han Solo, who worked in one of the Corellian Engineering Corporation's freighter factories until he was laid off. He was also the paternal grandfather of Ben Solo/Kylo Ren.

A Rodian who competes in illegal street races in Coronet City. He and his younger brother Tsuulo found themselves stranded on Corellia after the deaths of their parents.

Appearances: All There in the Manual

A member of ancient Corellian royalty, who shares his surname with Han Solo.

A city world. A couple of years before the eve of the Galactic Civil War, it was heavily occupied by the Empire, also being home to the Corulag Imperial Academy.

A frigid world of tundras near the Core Worlds border with the Unknown Regions. While it was a member of the Republic, the government remained isolationist and their senator only rarely ventured to Coruscant. During the age of the Empire, Dowut was blockaded to prevent its population from spreading after a failed attempt to enslave the Dowutins. 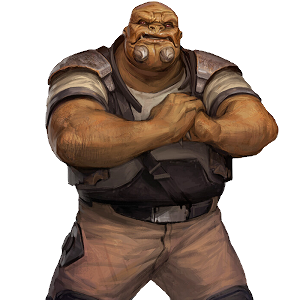 Large and powerful aliens with a reputation for arrogance and being skilled mercenaries and hunters.

A temperate planet, home to the Duros species. Following the Clone Wars, the Empire occupied Duro, which led to heavy support for the Rebellion amongst its population. 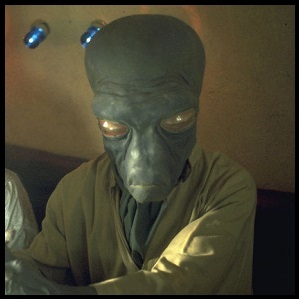 Amongst the first species to develop hyperspace capable ships, the Duros have been key players in galactic history for thousands of years.For information on their Legends depiction, see here.

Duros on other pages

Location: Core Worlds
Immigrated Species: Human
"On Gatalenta we try to lead the life of the mind, and in our culture intentions can have great influence; we discuss them, judge by them."
— Amilyn Holdo

A warm and tranquil planet lit by multiple suns, famed for its peaceful and philosophical culture, poetry and tea. It possessed a strong Jedi tradition and kept much of the old Jedi legends and teachings alive following the rise of the Empire. 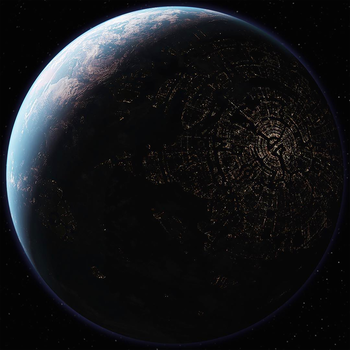 A heavily settled Core World, Hosnian Prime was the temporary rotating capital of the New Republic around thirty years after the Battle of Endor. Home to the New Republic Senate and primary fleet, it was destroyed along with the rest of the Hosnian System when the First Order utilized Starkiller Base to deliver a crippling blow to the New Republic. 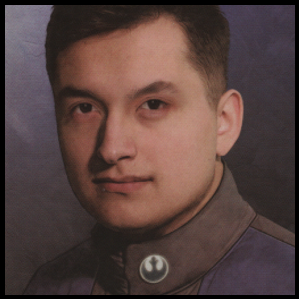 Appearances: All There in the Manual* Scum and Villainy

The head of law enforcement on Hosnian Prime. His mother, Andressa Divo, was an ISB agent, and his grandfather, Tan Divo, was an inspector in the Coruscant Security Force.

One of the smallest inhabited Core Worlds, it also has one of the highest crime rates in the Core as well. During the Galactic Civil War, Lanz Carpo was controlled by the Carpo Crime Syndicate, with Boss Carpo at its head.

A District Advocate, Champion fights against the corruption and gang activity on Lanz Carpo. He is a former boyfriend of Leia Organa, whom he met during her regent training.

A agricultural and medical world that is also home to the Bivall species. 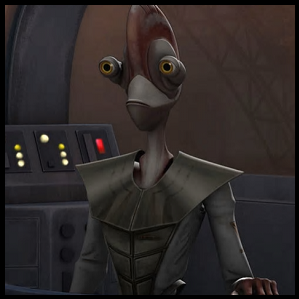 The native species of Protobranch. They are a highly intelligent species often found in the scientific or medical fields.

A high-pressure world with a dense methane atmosphere, Skako was home to the xenophobic and reclusive Skakoan species. Due to the rise of the Skakoan run Techno Union, the planet began to play more of a role in galactic affairs during the late Republic Era, aligning with the Confederacy during the Clone Wars. It was subsequently targeted for retribution under the Empire with travel restrictions placing great hardship on the planet, although many Skakoans welcomed the return to isolation.

The natives of Skako. Due to being methane breathers, Skakoans require special pressure suits to survive off their homeworld. Skakoan culture is based on both logic and emotion, which they see no contradictions between. 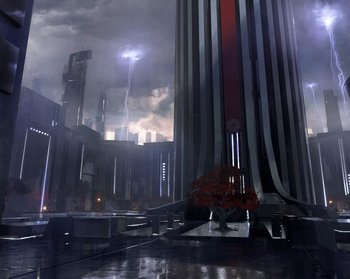 A world that upheld the ideas that organization and structure are the key to peace, developing its infrastructure in a sterile yet pristine fashion. Due to these ideals, the people of Vardos welcomed the Empire's reign over the Galaxy, with their homeworld serving as an example of an "Imperial utopia".

An aquatic world housing numerous coral reefs, even above water. During the reign of the Empire, it was home to one of the Emperor’s top secret Observatories.