All spoilers regarding the Skywalker Saga, Solo, and The Clone Wars are unmarked. Examples relating to Disney's EU and the new movies can be spoiler-tagged if deemed necessary. 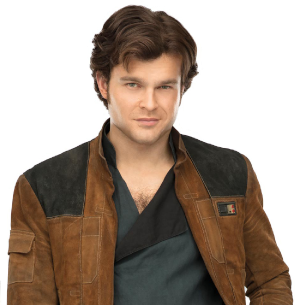 "I'm gonna be a pilot. Best in the galaxy."
"Look, I came up running scams on the streets of Corellia. I was boosting AV-21s when I was ten."

An orphan from the planet Corellia who sought to escape his hopeless homeworld at any cost. Initially hoping to become a pilot in the Imperial starfleet, his rebellious attitude got him reassigned to the front lines as an infantryman. Looking for a purpose, he deserted from the ranks of the Empire and joined Tobias Beckett's ragtag crew of criminals in service of the Crimson Dawn syndicate. Along the way, he forged a friendship with a Wookiee slave named Chewbacca and learned some harsh life lessons. 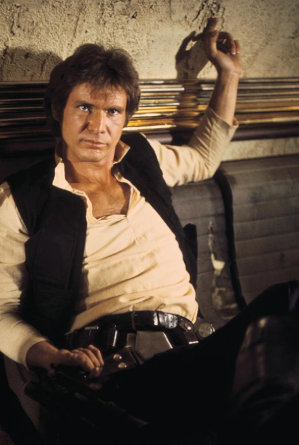 "Never tell me the odds."
"Hokey religions and ancient weapons are no match for a good blaster at your side, kid."

By the time of the all-out war between the Empire and the Rebels, Han has become an experienced smuggler and quite the scoundrel, smuggling goods for Jabba the Hutt for a couple of years. He and Chewbacca were hired by Obi-Wan Kenobi and Luke Skywalker on Tatooine to provide them transport to Alderaan on the Millennium Falcon, but those plans soon went awry. Initially only aiding the Rebellion to pay off his debt to Jabba, Han shelved much of his cynicism, proved his heroism and became a Rebel leader. 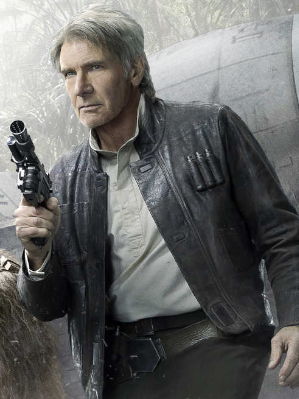 Following the Battle of Endor, Han married Leia and continued serving in the New Republic military before eventually having a successful business and racing career. Sadly, personal tragedy resulted in him becoming separated from his two great loves - Leia and the Millennium Falcon - and Han returned to life as a scoundrel alongside Chewbacca. However, when fate leads him to find the Falcon in the hands of Rey, Finn, and BB-8, Han is once more drawn into a galactic struggle.