A bully at Mrs. Puff's Boating School who wants to kick SpongeBob's butt. 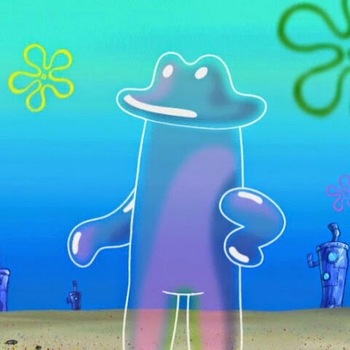 A bubble-guy created by SpongeBob to be his buddy.

Sandy's pet caterpillar, who turned into a butterfly.

An oyster at the Bikini Bottom Zoo.

SpongeBob and Patrick's creation, a crude doodle of SpongeBob come to life, and on an Unstoppable Rage.

Debut: "Sandy, SpongeBob, and the Worm"
A colossal worm feared by the citizens of Bikini Bottom when it rampaged through it, eating anything in its path.
Mystery the Seahorse

The skeleton of dead fish, who was buried with a soda drinking hat.

A famous octopus renowned for his soothing clarinet performances.

SpongeBob's badass, sociopathic cousin who would very often challenge him to fights before being arrested. 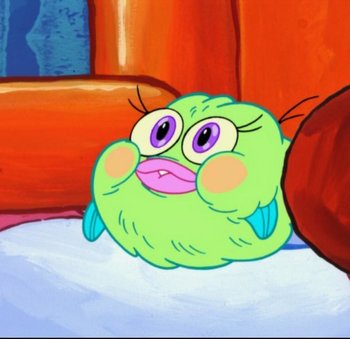 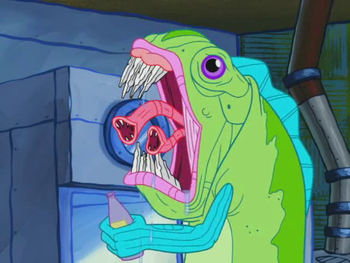 A vicious nudibranch whom SpongeBob bought for Gary so he could have a playmate to keep him company while his owner is at work, and SpongeBob thinks Gary is ignoring him whenever he attacks him when not present. 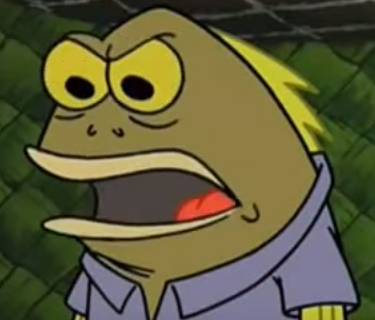 "Did you say... Chocolate?"
Voiced by: Various
Debut: "Ripped Pants" 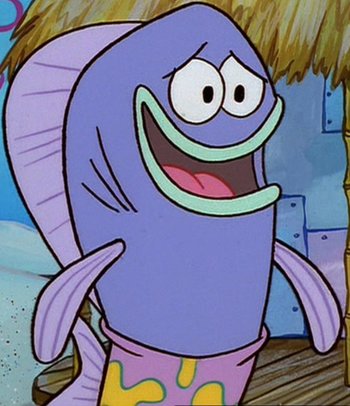 A surfer fish who appears mostly in the background, but has some major roles.

A yellow fish who mostly appears as a background character. However, he did have a major role in the episode "Plankton's Regular".