The ruler of the sea, whose crown is his prize possession and holds his symbol of authority over all his undersea kingdom. While he has a completely different design and voice from the series, Word of God has said that they consider him interchangeable with the main series Neptune. 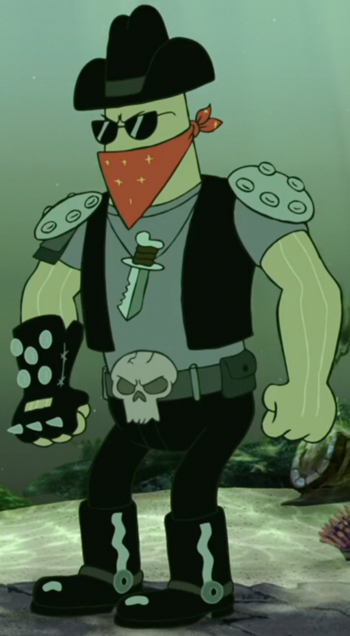 A hitman hired by Plankton to make sure that SpongeBob and Patrick never make it to Shell City. He is a living example of the movie's Darker and Edgier tone. 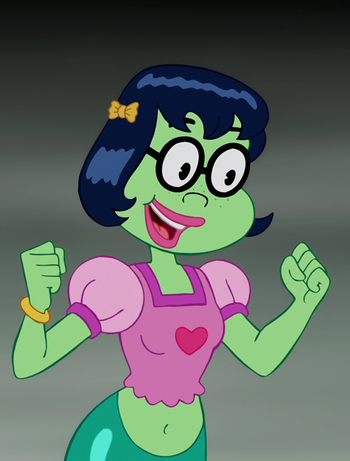 A friendly mermaid who does her best to assist SpongeBob and Patrick in their quest to Shell City. She disproves of her father's method of ruling with an iron fist, and wishes he would use a little love and compassion. She is also the target of Patrick's affections. 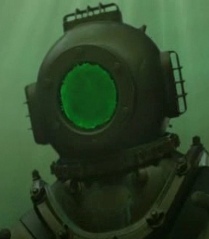 IT'S THE CYCLOPS!
Voiced by: Neil Ross (Uncredited as the Live Action Role)

The guardian of Shell City, who is actually a man in a diver suit that he never takes off.

King Neptune's Squire, who accompanies Neptune pretty much wherever he goes, and must obey his every command.

The Spongebob Movie: Sponge Out of Water 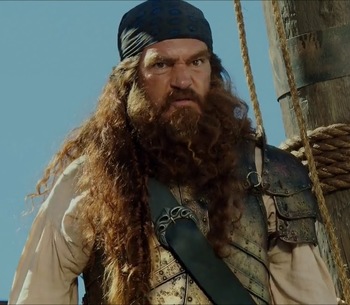 The main antagonist of The SpongeBob Movie: Sponge Out of Water, a pirate who seeks the Krabby Patty secret formula. 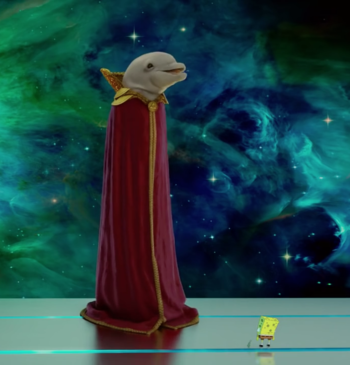 The Spongebob Movie: It's a Wonderful Sponge