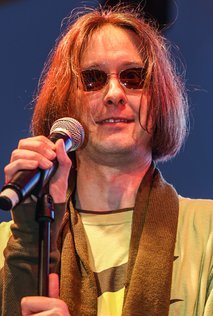 Born in East Brunswick, New Jersey, Osowski worked in his family's air conditioning installment business from early childhood up until high school, when he started taking interest in drawing comic strips. After graduating The Kubert Schoolnote All together now: HE WENT TO COLLEGE!!, he was picked up by Nickelodeon as a layout artist on The Ren & Stimpy Show. When that show ended, Joe Murray hired him as a story artist on Rocko's Modern Life. Lawrence eventually worked himself up to being a director and voicing the regular character Filbert Turtle.

Lawrence was one of several key Rocko staff members who migrated over to writer Stephen Hillenberg's other, more successful show, and has remained on-staff throughout its long run as a head writer, story artist and voice of the show's villain Plankton, along with a handful of other reoccurring characters. He's also regularly performed standup comedy in LA since moving there in The '80s.

And no, he was not the subject of the film Merry Christmas, Mr. Lawrence.

Projects Mr. Lawrence has worked on

"You can't edit this page about me forever, troper! I WENT TO COLLEGE!"