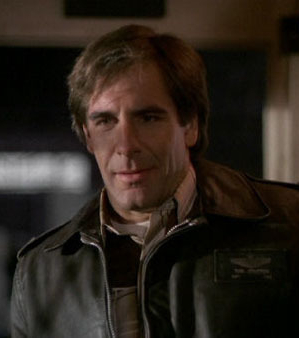 An Omnidisciplinary Scientist who leads Project Quantum Leap. He invents and tests a time machine in 1995, then gets stuck leaping around through time from person to person, fixing situations that had once gone wrong. 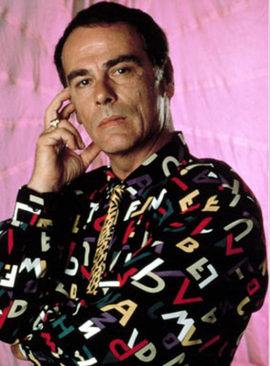 Played By: Dean Stockwell
"Oh, well, almost all animals can see me. But you know, there must be something weird lookin' about me, because I seem to intimidate them."

The project observer at Quantum Leap. Al appears to Samuel Beckett as a neurological hologram broadcast from the future that only Sam can see and hear (usually), and gives him future information in order to help his leaps. 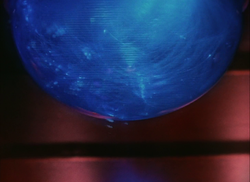 Voiced By: Deborah Pratt
"With a million gigabyte capacity, I'm quite capable of rubbing my tummy, patting my head, and doing a trillion floating point operations at once."

Ziggy is the supercomputer and AI in charge of Project Quantum Leap. She assists Al with providing future information to Sam via Al's handlink. 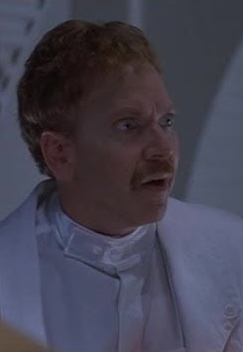 Played By: Dennis Wolfberg
"Time and space can be a bitch."

Gushie is the lead computer programmer at Project Quantum Leap. He assists Al in the Imaging Chamber via Ziggy's main terminal, and can serve as a backup hologram in case of an emergency. 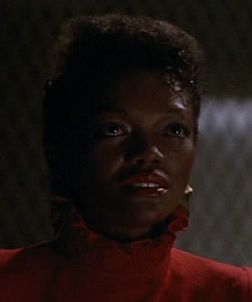 Dr. Beeks is the Project's head psychiatrist. She greets the leapees in the Waiting Room, calms them down after the shock of leaping, and uses their knowledge to build a profile for Sam to use in the past. 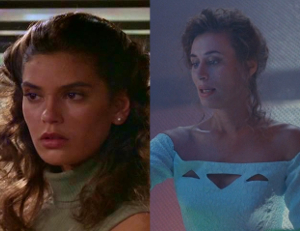 Donna is Sam Beckett's first love, who left him at the altar in the original timeline. After reuniting her with her father in 1972, the timeline changed so that she had been married to Sam, and her presence with the Project ensured that an oversight committee was not needed. 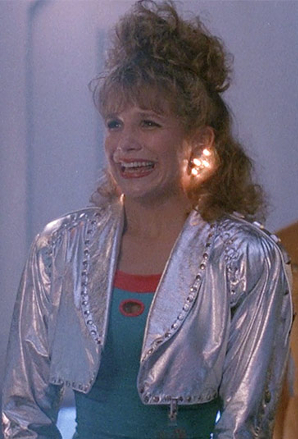 Tina is the project's medical technician whose job is to inspect individuals before they enter the Imaging Chamber or Accelerator Chamber. She is also Al's girlfriend.

Sam's biological daughter fathered with Abigail Fuller during the "Trilogy" three-parter. Like her father, she has a high IQ and eidetic memory, becomes a member of the project after Sam alters time, and is working on a theory to bring Sam home. 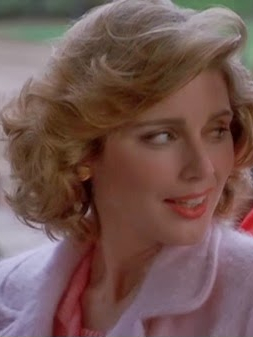 Played By: Renée Coleman
"I don't have a choice, Sam."

Alia is a quantum leaper from an unknown leaping project. Unlike Sam, she is likely a test subject and doesn't seem to be a person in charge, and her project's goals are malevolent. 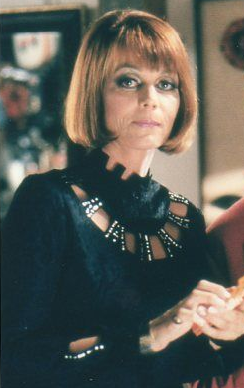 Played By: Carolyn Seymour
"Lothos has decided you've got one more thing to do before you go, a little bonus. [...] Seems you're to kill the good Dr. Beckett."

Zoey is Alia's holographic contact from the evil leaping project. She seems to be in a position of authority in the project. She later becomes a leaper herself when Alia dual-leaps with Sam.

Lothos is the computer in charge of the evil leaping project. He appears to have some degree of control over Alia's and Zoey's leaps, and sets up Alia's missions in the past. 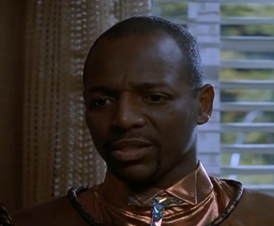 Thames is a secondary observer from the evil project. He becomes Zoey's observer when she leaps into the past to hunt Alia.