Lie to the Beholder 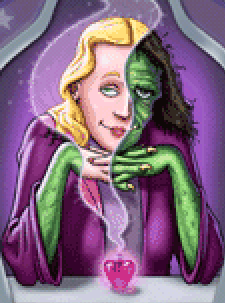 A spell or other mysterious effect is placed on a character to make them look and sound like a completely different person, to select people. The user is usually unaffected, meaning that the character hears and sees their true form at the same time as they are deceiving others.

A type of Glamour and related to Weirdness Censor. A Form You Are Comfortable With and You Cannot Grasp the True Form are often forms of this. The Master of Illusion is likely to perform this.

See also Appearance Is in the Eye of the Beholder and Holographic Disguise.