You have been watching... 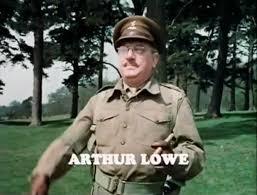 The commanding officer of the Home Guard, Captain Mainwaring is the local bank manager. Very pompous but focused on the war effort, Mainwaring strives to mold his ragtag group of volunteers into a capable fighting force in case Those Wacky Nazis invade. 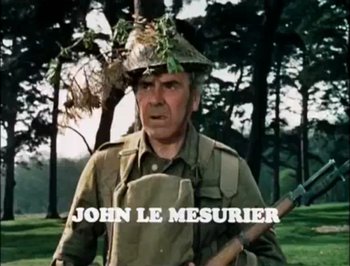 Second-in-command of the Home Guard and deputy bank manager. Wilson is very laidback and diffident, having gone to a public school and is very suave and popular with the ladies. Mainwaring seems to hold Wilson in mixed regards. He has an interesting relationship with Mrs. Pike. Referred to as "Uncle Arthur" by Pike. 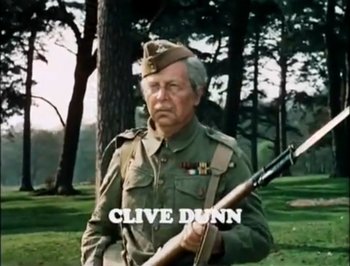 Third-in-command of the Home Guard, Jones is the local butcher. A veteran of the 1890s Sudan war and World War I, Jones joins the Walmington-on-Sea troops to fight in the second world war. Eager for battle, Jones is the most energetic and zaniest of the group. 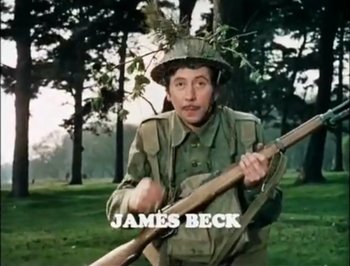 The second-youngest of the Home Guard, Walker is a spiv from London who often makes deals and offers to other characters to make money. Most of his goods can be used for the war effort. The character was dropped from the show after the death of his actor (although other actors played him in a radio Spin-Off). 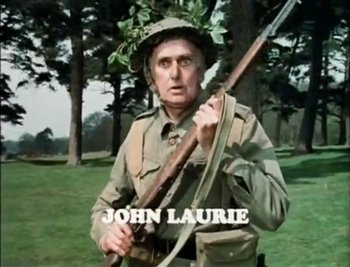 An elderly Scottish undertaker and formerly a cook in the Royal Navy, Frazer is a very dour and pessimistic man who often goes into rants and tales about Doomy Dooms of Doom, usually with wide eyes of madness. He hates Captain Mainwaring and makes no secret that he thinks he'd be better off in charge.
Private Godfrey 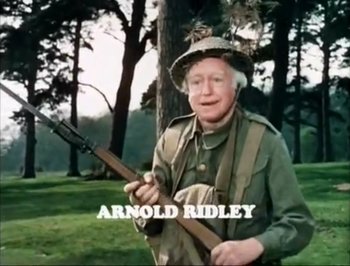 A retired employee of Civil Service Stores, Godfrey is a polite, kind and humble elderly man. He has a weak bladder and has to excuse himself a lot. He lives with his eccentric sisters in a cottage. He later becomes The Medic of the Home Guard. 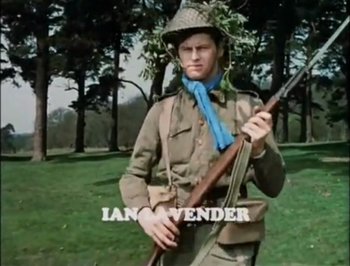 The youngest member of the troop, Pike works in the bank under his "Uncle Arthur" and Captain Mainwaring. Often asking stupid questions and making equally pointless comments, Pike is very childish, much to Captain Mainwaring's irritation who refers to Pike as a "stupid boy". He is mollycoddled by his mother, wears a scarf on parade, and tries to excuse himself from platoon events on the basis of his mother's hypochondria-by-proxy. There's basically nothing wrong with him. He was passed A1 by an R.A.F. medical. 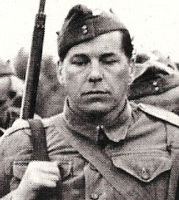 A recurring member of the platoon, Sponge is a sheep farmer who leads the second half of the platoon (the background characters). He somewhat became an Ascended Extra after Walker's departure. 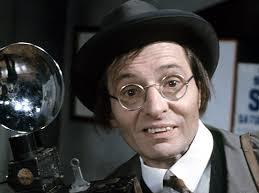 A Guest-Star Party Member, Private Cheeseman is a Welsh journalist who joins the platoon to get an idea of how they live and operate. He speaks in a thick Welsh accent, has big teeth and large glasses. 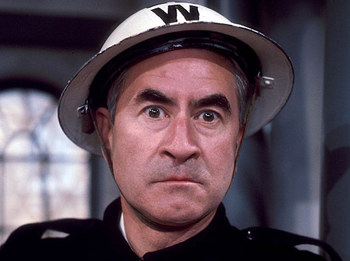 William Hodges is Chief Air Raid Warden in Walmington-on-Sea and Captain Mainwaring's Sitcom Arch-Nemesis. He is a greengrocer when off-duty, but is a grouchy, power mad, and rude man. He has a short temper and often clashes with the Home Guard, referring to Mainwaring as "Napoleon". He keeps a wary eye open for anyone in town who might threaten the safety of everyone, storming in to give the culprit a piece of his mind. 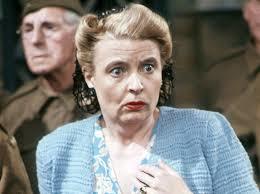 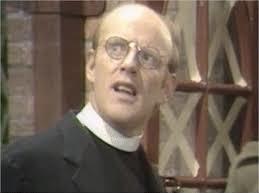 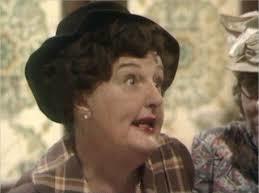 Commanding officer of the Eastgate Home Guard Platoon, and Mainwaring's equally pompous windbag of a rival.

A member of the regular army who appears to have command authority over the local Home Guard platoons; as a result, he is essentially Captain Mainwaring's superior officer, and frequently gives him his orders (and sets the plot in motion).