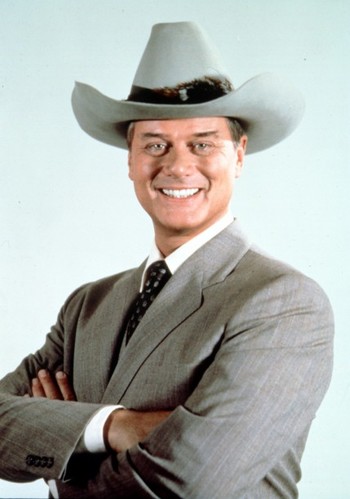 Played By: Larry Hagman
"You wouldn't be trying to blackmail ol' J.R., would you?"

Charming, friendly, and completely amoral. The eldest son of Jock and Ellie, J.R. inherited all of his father's ambition, business acumen, and ruthlessness but none of his honor and compassion. Originally just the antagonist to his brother Bobby, J.R. became the breakout character and eventual Villain Protagonist (one of the first ever on TV). He has strange ways of showing it, but he does genuinely love his family, and always thinks his actions are in every Ewing's best interest. 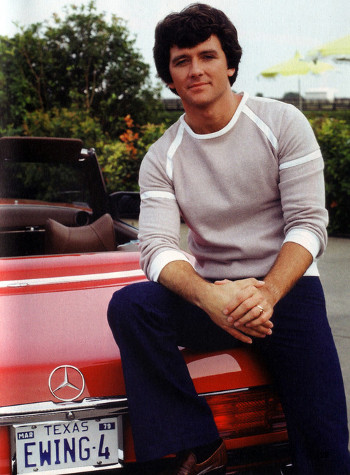 Played By: Patrick Duffy
"Be good to each other... be a family. I love you so much."

The youngest son of Jock and Ellie Ewing. Whereas J.R. inherited most of Jock's less positive qualities, Bobby inherited his good ones - honor, loyalty and love of family. Bobby tries very hard to do the right thing, but he has the same streak of ambition and need to prove his dominance that J.R. does which occasionally leads him to dark places. Still, he remains a good man, and while he loves his brother (a love which is returned - J.R.'s genuine affection for Bobby is one of his few Pet the Dog moments) he is unwilling to turn a blind eye to his evil deeds like his parents, and thus he often remains the only thing standing in J.R.'s way from complete unchecked power over all things Ewing. The yin and yang of J.R. and Bobby and their alternate views of the future of the family and the company is arguably the central premise of the show. 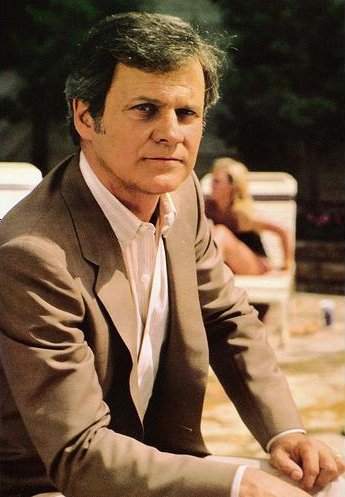 Played By: Ken Kercheval
"I've been beaten before, but I have never lost. Understand the difference?"

The eldest child of Digger Barnes, Jock's best friend and business partner turned bitter rival, Cliff began as a scrappy idealistic underdog determined to avenge his father and take down the Ewings. His bitter fights with J.R. almost always ended in Cliff's defeat and embarassment, which only drove him to fight the Ewings even more ruthlessly. Cliff eventually succeeded in besting J.R., taking over Ewing Oil (which Cliff always believed should rightfully be his family's anyway) and having more money than the Ewings ever did - at the cost of the only woman who loved him, their daughter, and most of his family. Though greedy and self-centered, Cliff was never really evil in the way J.R. was and a lot of his antics were more comical than anything else. 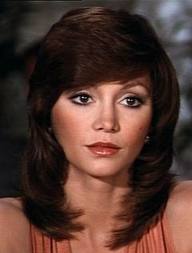 Played By: Victoria Principal
"Power and money and wealth... they don't mean that much to me. I want a nice, ordinary life with my husband."

Cliff's younger sister and Bobby's first wife. The marriage of a Ewing to a Barnes set off the series, as the two struggled to retain their Romeo and Juliet-esque love in the face of their feuding families. Pam was initially envisioned as the lead of the series with her struggle to exist in both families, but focus shifted sharply towards J.R. by the second and third seasons, relegating Pam to smaller stories involving romantic drama with Bobby and trying to keep the peace between her two families. Still, Pam remained one of the stronger, more independent women of Dallas until her departure. 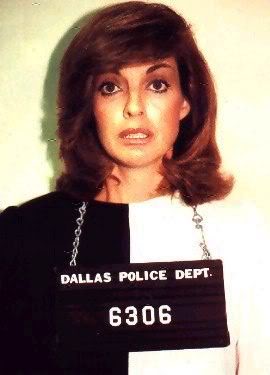 Played By: Linda Gray
"Ah, love. That wonderful word. Of all the dumb things we do in its name."

Originally something of an afterthought for the JR character, Sue Ellen had little to do in the early episodes, though it wasn't long before their madly dysfunctional relationship became a focus of the series. She spent a lot of screen time agonizing over JR's affairs, vindictively having her own, plotting with or against JR, divorcing or remarrying JR, and generally feeling miserable enough to drink herself into oblivion. After a decade or so of this cycle, she got sober and left JR (and the show) for good, though she did return for the reunion movies and the revival series. So to this day, Sue Ellen continues her legacy as one of the more interesting and impactful female characters on early American television. 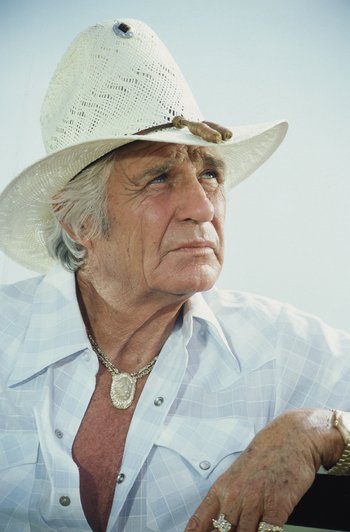 Played By: Jim Davis
"Let me tell you something, boy. If I did give you power then you've got nothin'. Real power is something you TAKE."

The patriarch of the Ewing family, father of J.R., Gary, and Bobby Ewing. 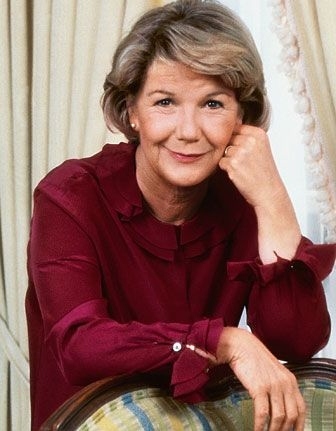 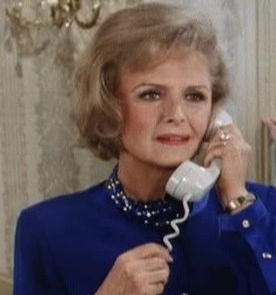 The matriarch of the Ewing family, mother of J.R., Gary, and Bobby Ewing. 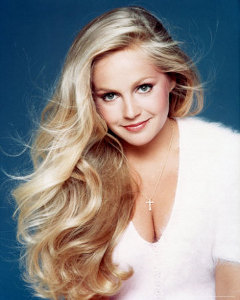 Played By: Charlene Tilton
"I HATE THIS FAMILY!!!"

The daughter of Gary and Valene Ewing, she was mostly Raised by Grandparents.

One of J.R.'s mistresses. 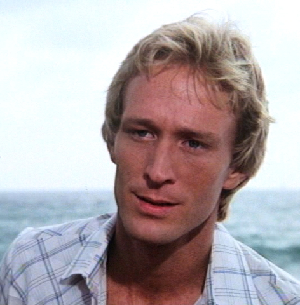 Gary was the second son of oil baron Jock Ewing and his wife Miss Ellie Ewing. He was often considered the black sheep of the family, as he would become an alcoholic, and was never treated as an equal by his father and elder brother J.R. However, Gary was loved by his mother and younger brother Bobby. As Jock was not with Miss Ellie during her pregnancy with Gary, she tended to view him as more hers than Jock's and he became her favorite son, while the relationship between Jock and Gary was always distant. Gary was married (three times) to Valene Ewing, and the couple's on-off relationship lead much of his story arc in the Dallas spin-off series, Knots Landing. 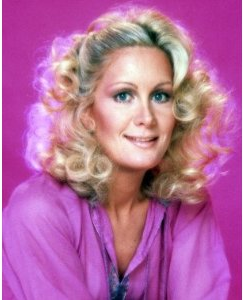 Valene is a sweet, naive woman, originally from a poor Tennessee family. Her storyline in the first season of Dallas focuses on the rebuilding of her former marriage to estranged ex-husband Gary. When Valene arrives in Texas to find her daughter, Lucy Ewing, she is brought back into the drama of the Ewing family. Upon arrival, she is reunited with Gary with whom she slowly falls back in love. Once Dallas became a hit, series creator David Jacobs proceeded to launch the spin-off series Knots Landing, which would feature Valene and Gary prominently.

The half-sister of Cliff and Pamela Barnes. 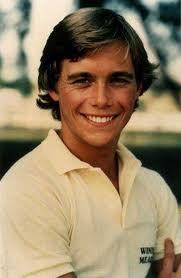 Daughter of one of the Southfork housekeepers, Christopher's ex-fiancee, dating John Ross at the start of the new series.

Bobby's third wife and matriarch of Southfork by the time of the revival series.

A wealthy businesswoman in talks to buy Southfork.

A private detective in long time service to J.R.

A governor who joins forces with Cliff Barnes and Harris Ryland to take down the Ewing’s in exchange for helping him with his campaign.

The head of T.E.S.H.A., the agency looking into Christopher’s rig explosion, and an old admirer of Sue Ellen.