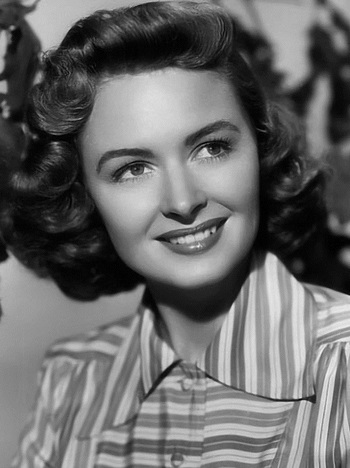 Donna Reed (born Donna Belle Mullenger; January 27, 1921 – January 14, 1986) was an American actress from Denison, Iowa whose career began during The Golden Age of Hollywood and spanned more than 40 years.

She is best known for her roles as Mary Hatch Bailey in It's a Wonderful Life, Lorene Burke in From Here to Eternity (for which she received the Academy Award for Best Supporting Actress), and Donna Stone in The Donna Reed Show. Later in her career, Reed replaced Barbara Bel Geddes as Miss Ellie Ewing in the 1984–85 season of Dallas, but was abruptly fired upon Bel Geddes' decision to return to the show.