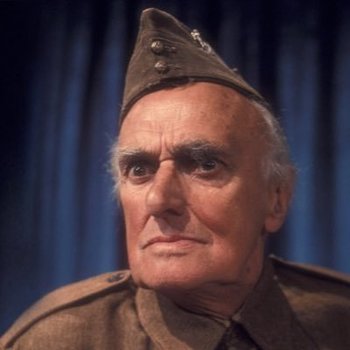 John Paton Laurie (25 March 1897 – 23 June 1980) was a Scottish actor. He is perhaps best remembered for his role as Private Frazer in the British sitcom Dad's Army (1968–1977). He was a character actor on film, working with directors such as Alfred Hitchcock and Laurence Olivier.