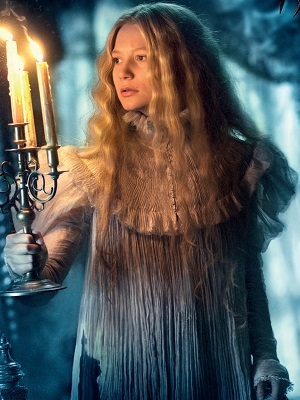 "Ghosts are real, that much I know. I've seen them all my life..."
Played By: Mia Wasikowska

A young aspiring writer from America, who has recently married Sir Thomas Sharpe and has moved to his home Allerdale Hall, in Cumbria, England. 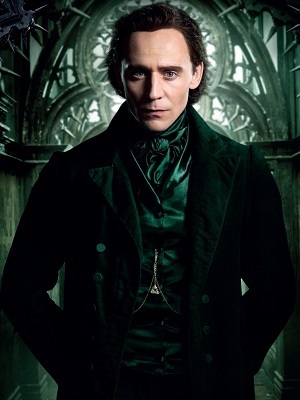 "Where I come from, ghosts are not to be taken lightly."
Played By: Tom Hiddleston
"The charming Thomas Sharpe whose motives are not all that they appear."
—Official website 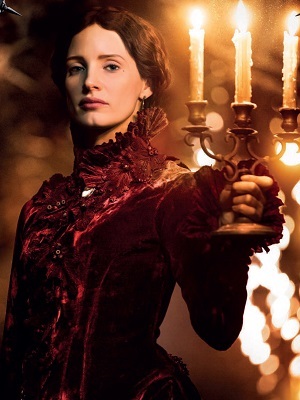 "It's a world of everything dying and eating each other right beneath our feet."
Played By: Jessica Chastain
"Lucille Sharpe holds the keys to all of Crimson Peak's locked doors."
—Official website

Sir Thomas' sister, who also lives in Allerdale Hall and is as mysterious as her brother. 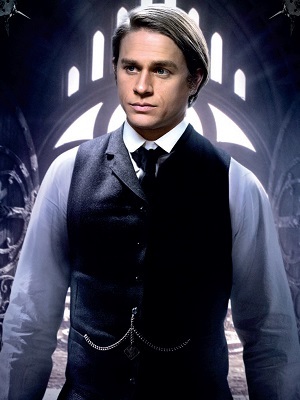 A doctor and childhood friend of Edith, who is secretly in love with her.

Edith's father, a wealthy American businessman who has a bad feeling about Thomas and Lucille Sharpe.

A detective hired by Carter to investigate the Sharpes.

A skull-faced ghost dressed in black who warns Edith not to go into Crimson Peak. She's actually Edith's late mother.

The deceased mother of the Sharpe siblings who died under disturbing circumstances.

The Ghosts from Allerdale Hall

The ghosts that haunt Allerdale Hall who are the spirits of Thomas Sharpe's murdered wives.