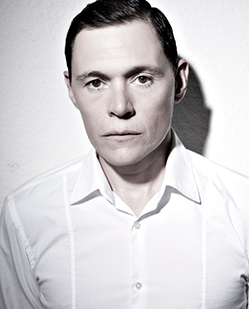 "I was a fookin' legend in Gin Alley. A fookin' LEGEND!"
— Karl Tanner, Game of Thrones
Advertisement:

Burn Hugh Winchester Gorman — his real name, believe it or not — (born 1 September 1974) is an American-born English character actor. note he carries dual citizenship because—and this is a quote—"you wouldn't believe the advantages being both American and British at the same time gives me"

He is often cast as villains or anti-heroes, perhaps due to his distinctive, somewhat frog-like face note (he is known to make self-deprecating comments about his appearance in interviews). He's also a Chronically Killed Actor, something that he seems to enjoy.

Since rising to prominence as Owen Harper, a cynical, troubled doctor, in the first two seasons of Torchwood, Gorman has quickly edged out a place for himself in fandom with his numerous memorable supporting roles in film and television, including an appearance in The Dark Knight Rises. Aside from Owen, he might be best known for playing Karl Tanner in Game of Thrones, a scene-stealing psychopath with an affinity for knives, and Dr. Hermann Gottlieb in Guillermo del Toro's Pacific Rim, an eccentric scientist who values logic and mathematical precision over gut instinct and who is one half of Those Two Guys. He currently enjoys a major role on AMC's Turn as Edmund Hewlett, commander of the local Regulars.