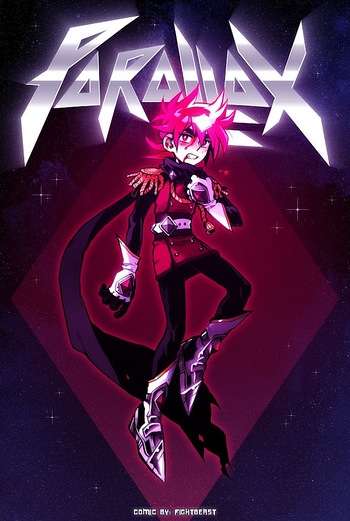 is a Webcomic by fightbeast. It began on December 3rd, 2014. It is now completed. A mirror can be found here

Lomax Torchstone is a shy, awkward 17-year-old trying to make it through school and a dull life in Silverdalen. One day his science teacher gives him a mysterious box, saying that it's just what he needs. Inside the box is a diamond-shaped artefact which gives Lomax magical powers.

What follows is an adventure about personal growth, friendship and fighting supernatural battles and monsters. But it seems even magic can't give you a passing grade in science class.