This is the character sheet for Chica Umino's March Comes in Like a Lion. All character, characterization, and other tropes from character-related indices go here. All names are in Western order. Page under construction.

"I am a cuckoo, standing on top of the lives that were pushed aside. As they sing of spring, I hear a voice calling in the distance... And I think, if I ever really were a bird, then at least I would pass through the days oblivious to such agonizing torment as this." 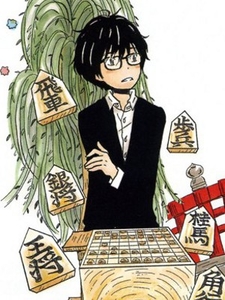 Rei Kiriyama is the narrator and protagonist of the story. He is a teenage professional shogi player, currently ranked at 5th-dan. He is widely lauded in the shogi community as the fifth shogi player to become a professional in middle school. Using his salary combined with his life savings, he lives in own apartment while juggling between his official matches and high school. By the time the story begins, Rei is also a frequent visitor of the Kawamoto residence, where the family treats him as one of their own despite his initial reluctance to become close with them.

Outside his days with the Kawamoto family, however, Rei has many issues and emotional scars that plague him every day. His social skills leave much to be desired, and he typically spends time in school alone due to his inability to interact with his peers. His biological family's deaths from his early childhood still haunt him, and his strained relationship with his foster family is one of the main reasons of his early independence. Shogi itself is also a primary source of his problems, from problems of the present, such as the stagnation in his climbing of the ranks, to deep-seated issues relating to his past such as the bitterness it has caused between him and his foster siblings. Much of the story involves him coping with these issues and slowly moving past them. 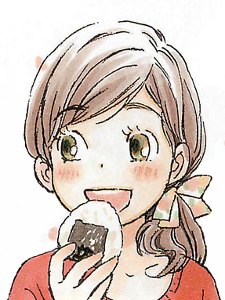 Akari is the eldest of the three Kawamoto sisters. She essentially acts as the surrogate mother for her younger sisters and Rei, in place of their real parents. Appropriately enough, she has a kind, motherly air about her and is generally the most mild-mannered and practical of her sisters.

She has a tendency to take care of animals she finds in poor shape and nurse them back to health. As her sister Hina notes, she encounters Rei in pretty much the same fashion, with him being the first time she's "brought a person back home." Finding Rei in a drunk state after being forced to drink by a bitter opponent that abandoned him afterward, Akari brings him into their home to recover, and it is at that point where Akari and the rest of her family are formally acquainted with Rei.

"Usually, she would become spirited with a clap, depressed with a sigh, or outraged with a snap. However you look at it, she's very lively. I think that's her unique personality trait." 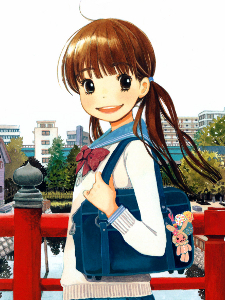 Hinata is the middle child of the Kawamoto siblings. She is a middle school student whose positive attitude inspires Rei to try to overcome his depression. 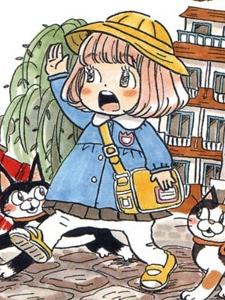 Momo is the youngest of the Kawamoto siblings, being around preschool age. Despite growing up with neither of her parents - her father having abandoned the family for another woman and her mother dying during her infancy - she is well-cared for with her eldest sister and grandfather being her caretakers.

Someji is the Kawamoto sisters' grandfather.

"Father really loved shogi. For better or worse, everything was shogi-centered. And so, those who loved him had to become strong in order to stay with in his sights..."

Kouda is an old friend of Rei's biological father from his shogi days and the eventual shogi teacher and guardian of Rei when his entire family dies from a vehicular accident. Though Rei is not formally adopted into his family, Kouda is essentially his foster father and allows Rei to call him as such whenever they are not focused on shogi.

"No matter how you looked at her, she was like a vehement, angry tempest... in shogi... in temperament... and in beauty." 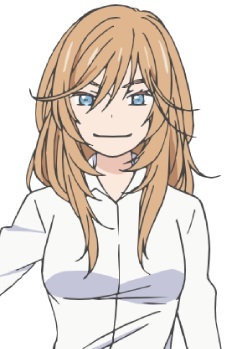 Ayumu is Rei's foster brother whom he shares the same age.

"Even though this person in front of me was sweating bullets and was in a dire position, he still persisted on sitting there. All because he wanted to win..." 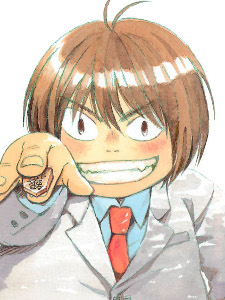 Nikaidou is a man that Rei has known since childhood due to frequent meet-ups at youth shogi tournaments, and is the closest thing Rei can call a childhood friend.

"You could say he doesn't do anything except attack. I often debate whether he's a boar or a ball of fire."

He is the current Meijin of professional shogi, and he is also the holder of several other titles as well. Like Rei, he is also one of the players to become a professional in middle school. It is his achievements, as well as those of the other players to turn professional at that age, that set the high expectations that Rei struggles to live up to.

Rei himself has only encountered Souya once, early in his professional career.

Yasui is one of Rei's opponents that he faces near the end of the year. Like with the case of Matsunaga, Kyouko tells Rei of his sob story in a petty attempt to convince him to lose on purpose.

Gotou is a 9th dan player known for his heavy play style, as well as his rather frightening expression, among his peers. He was, at one point, a pupil of Mr. Kouda, like Rei. He supports Kyouko in a fashion that's not immediately made entirely clear by the narrative. Rei regards him with a great deal of scorn due to his relationship with Kyouko, despite having a hospitalized wife. In return, he taunts Rei whenever they meet, being one of the few people shown to be capable of infuriating Rei. 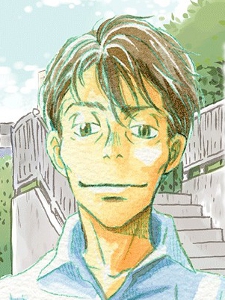 Shimada is an 8th dan player with a long-standing stay in the A-class. He initially appears as Rei's semi-final match in the Shishi Ou Cup, serving as an obstacle for Rei's self-anticipated match against Gotou. Unfortunately for Rei, Rei grossly underestimates Shimada's abilities before and during their match, only to realize it too late and lose the game in an anticlimactic fashion.

A 7th-dan player with a scary demeanor, which isn't helped by his habit of staring directly at his opponents during games.

Frequently appearing in flashbacks once Hina's bullying story arc begins, she is one of Hina's childhood friends. Bullied throughout their third-year in high school by a particular clique of girls, she's eventually driven to transfer out of school and move out of town. Defending Chiho before she leaves is what causes the shift of the bullying from her to Hina. 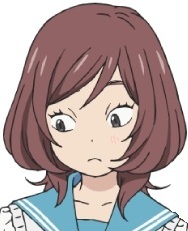 The ringleader behind a notorious bullying group in Hina's school, her actions are described as casting a dark shadow over all her classmates and homeroom teacher.

Hayashida is Rei's homeroom teacher in high school. He was already quite familiar with Rei and his professional career when he transferred into his class, being a fan of shogi himself. Quickly noticing how Rei is very much like a normal teen with problems despite being a shogi genius, he becomes intrigued and frequently eats lunches with him up on the roof whenever he gets the chance. 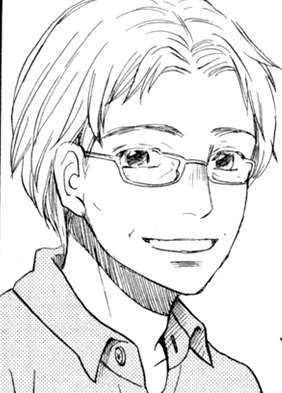 The father of the Kawamoto sisters. He left his wife and daughters when Momo was just a baby for another woman. After having a child with his new wife and his wife then falling ill, he took on a mistress. Losing his job and apartment, he comes back to see his daughters in the hopes that he can basically get them to support him and take care of his wife and daughter for him.