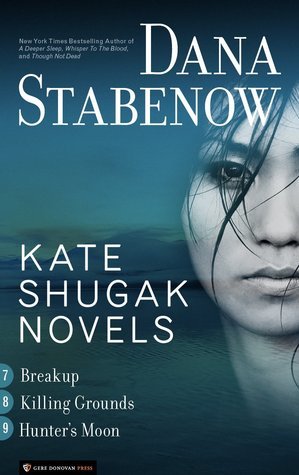 Kate Shugak is the heroine of a series of mystery novels by Dana Stabenow. The first book in the mystery series, A Cold Day for Murder, won the Edgar Award for Best Paperback Original in 1993.

Private investigator Kate Shugak is 5 foot 1 inch tall, carries a scar that runs from ear to ear across her throat and owns a half-wolf, half-husky named Mutt. Orphaned at eight years old, Kate grew up to be resourceful, strong willed and defiant. She is tougher than your average heroine - and she needs to be to survive the worst the Alaskan wilds can throw at her.

Kate investigates murders. She's worked under cover in the Arctic Circle, gone to sea, signed up as a bodyguard, tracked missing tribal relics and she continues to fight for the Aleut way of life.