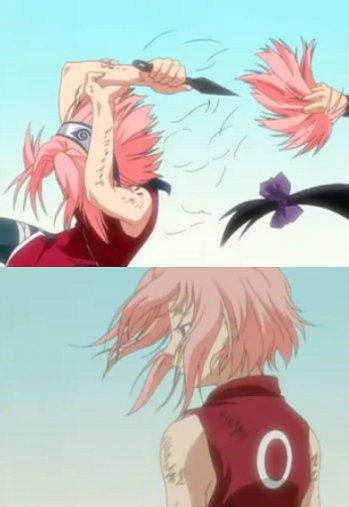 "I've always considered myself to be a true ninja...but those were just empty words, because Sasuke and Naruto were always in the lead! But now it's my turn to take the lead, and all of you can watch me from the background!"
Since Naruto is set in a world full of badass ninjas, it's no surprise that moments like these are a regular occurrence.
Advertisement:

Please list the examples in chronological order and under the appropriate arcs.

Warning: As a Moments page, every SPOILER is unmarked. Read at your own peril.

A spin-off miniseries about the next generation of ninja, the children of the Konoha 12. It focuses on Sarada Uchiha, who finds herself having questions about her family.

A spin-off movie focusing on Boruto Uzumaki and his quest to surpass his father, the legendary hero and Seventh Hokage, Naruto.