ALL SPOILERS ARE UNMARKED. Read on at your own discretion. 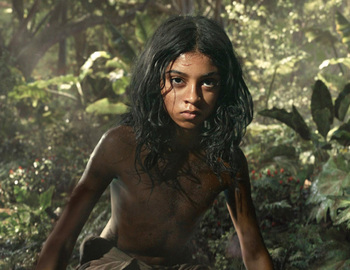 Played by: Rohan Chand
The film's protagonist and title character, Mowgli is an orphaned human child adopted by a pack of wolves. 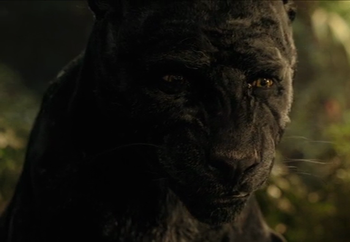 "You are no different, Little Brother - you are special."
Voiced by: Christian Bale
A black panther who found the infant Mowgli in the jungle and took him to the wolf pack. He becomes Mowgli's closest friend and mentor.
Baloo 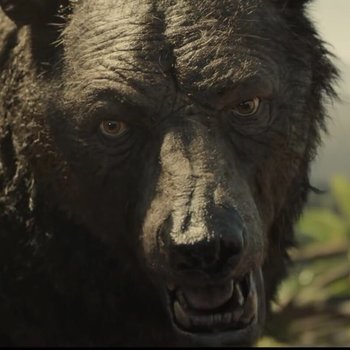 "Of course you're different. That's why you need special training."
Voiced by: Andy Serkis
A grumpy old bear who teaches the wolf cubs the Law of the Jungle. Although his training methods can be rough, he tries his best to teach Mowgli become a wolf. 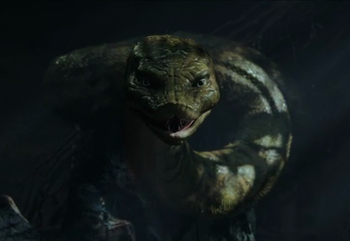 "I think we can both agree, Mowgli, that you are something the jungle has never seen before."
Voiced by: Cate Blanchett
A gigantic, mystical python who is said to be as old as the jungle itself and able to see the past and the future.
Nisha
"You will always be my son, Mowgli. Nothing can ever change that."
Voiced by: Naomie Harris
The she-wolf that adopted and raised Mowgli. 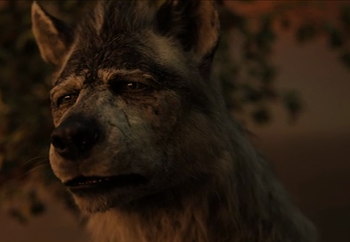 "When you were a cub, I looked you in the eye and saw no fear."
Voiced by: Peter Mullan
The elderly leader of the wolf pack.
Grey Brother 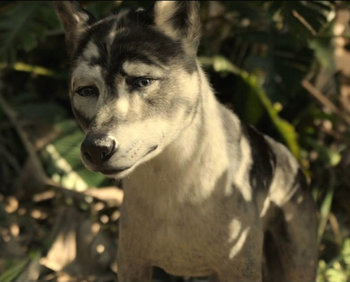 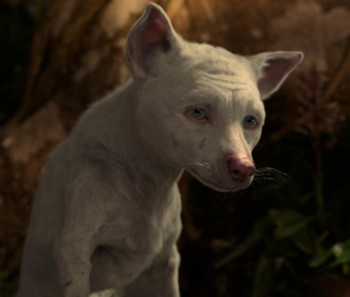 "I don't have any friends either. But we have each other."
Voiced by: Louis Ashbourne Serkis
An albino wolf runt who gets bullied by the rest of the pack. He considers Mowgli his best friend.
Hathi

Voiced by: N/A
An ancient, mighty elephant with a broken right tusk.

Messua
Played by: Freida Pinto
A kind human woman who takes care of Mowgli in the Man-Village. 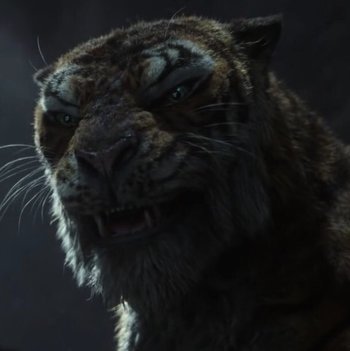 "My, my... how you've grown."
Voiced by: Benedict Cumberbatch

As in The Jungle Book, Shere Khan is the chief antagonist of the film. He is a limping Bengal tiger who regularly violates the Jungle Law by killing humans and their livestock, which forces them to hunt innocent animals. 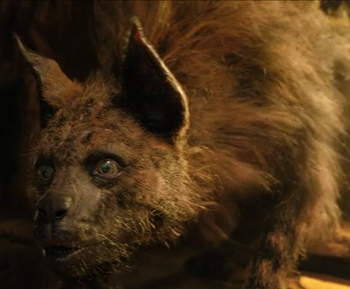 "Sometimes I dream I'm a tiger, but I always wake up a hyena."
Voiced by: Tom Hollander
A cowardly hyena who serves as Shere Khan's informant, and usually follows him around as a toady.
Bandar-log
Voiced by: N/A
A horde of monkeys dwelling in abandoned ruins. They are allied to Shere Khan.
John Lockwood 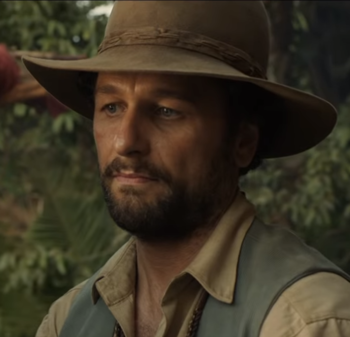 "We can't all be scholars... because God knows I'm not."
Played by: Matthew Rhys
A British hunter who arrives to the Man-Village to kill Shere Khan. He captures Mowgli, but eventually releases him and becomes his mentor in the man-village.