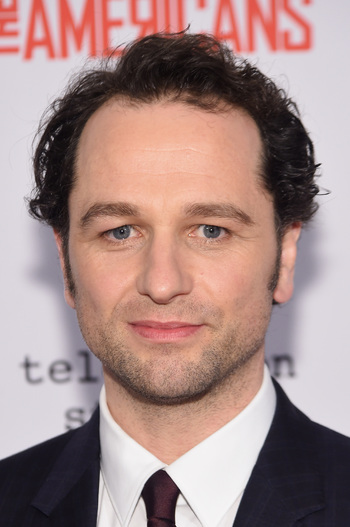 Rhys was born in Cardiff and grew up speaking Welsh as his first language. One of his first big breaks was with a small part in Julie Taymor's Titus, a film adaptation of Shakespeare's Titus Andronicus. His early career involved a lot of roles on British television. In 2003 he played the murderer in the last episode of Columbo, "Columbo Likes the Nightlife". Rhys became known to American audiences, and began his long career of talking with an American accent, when he was cast as a regular on Brothers and Sisters, which ran from 2006 to 2011.

From 2013 to 2018 Rhys starred in The Americans, winning an Emmy award for his performance as Deep Cover Agent Philip Jennings. He has followed that series up with film roles as well as a starring role in HBO's Perry Mason reboot. Rhys and his co-star on The Americans, Keri Russell, had a child together in 2016.