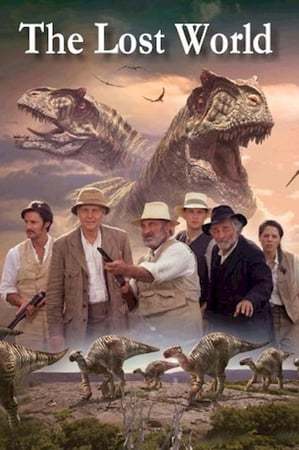 The Lost World is a 2001 TV miniseries based on the novel The Lost World by Arthur Conan Doyle, and co-produced by A&E and the BBC. It stars Bob Hoskins as Professor Challenger and a variety of prehistoric creatures created by the team behind Walking with Dinosaurs.

The miniseries follows the plot of the novel, in which Professor Challenger leads an expedition to a remote South American plateau where dinosaurs and other prehistoric creatures have survived, but adds some deconstruction of the novel's attitudes, and a thread reflecting on the conflict between creationism and evolutionary science, with the former represented by a missionary (played by Peter Falk) who attempts to sabotage the expedition. His niece, Agnes, ends up joining the expedition.