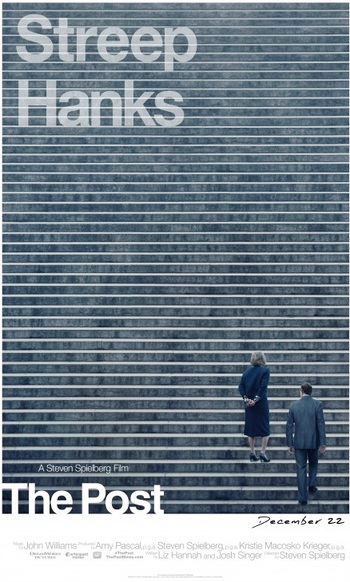 Find those pages!
Kay Graham: Do you have the Papers?
Ben Bradlee: [Beat] Not yet.
Advertisement:

The Post is a 2017 historical drama directed by Steven Spielberg and starring Meryl Streep, Tom Hanks, and a slew of well-known character actors you probably recognize from TV.

It tells the true story of how Kay Graham, publisher of The Washington Post, along with editor Ben Bradlee, defied the White House to publish the leaked government documents later known as the Pentagon Papers, which detailed how the government had spent years misleading the public about the Vietnam War.

The film is dedicated to the memory of Nora Ephron.