The Character Sheet for Molly of Denali. 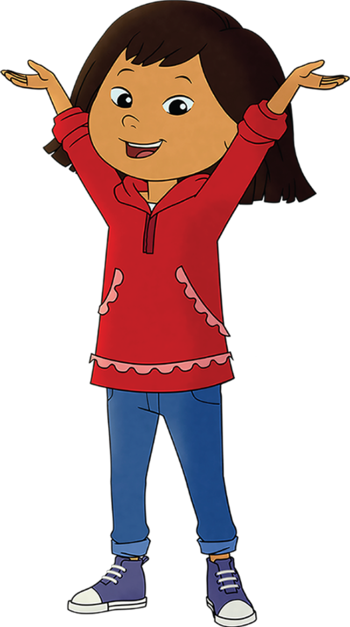 Hey everyone, it's me, Molly!

Molly is a curious kid with an adventurous spirit, which goes hand in hand with her love of helping others and sharing what she learns through her vlog. Molly loves animals (especially puffins), playing basketball with her friends, and helping her parents run the Denali Trading Post.
Advertisement:
Walter Mabray 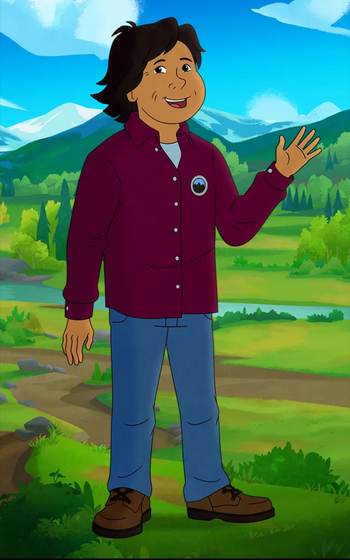 Molly's father. He works as a wilderness guide at the Trading Post. He has a gift for working with machines, and he really loves history. He tells the best stories (and the worst jokes) and is a goofball, just like his daughter.
Layla Mabray 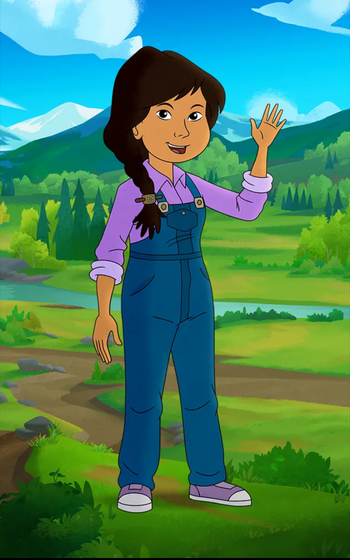 Molly's mother. Layla is a bush pilot and works at the Trading Post. She knows everything that's going on in interior Alaska: which scientists are where and which ones always get in trouble, what the weather will be and if it's dangerous to fly or not!
Grandpa Nat 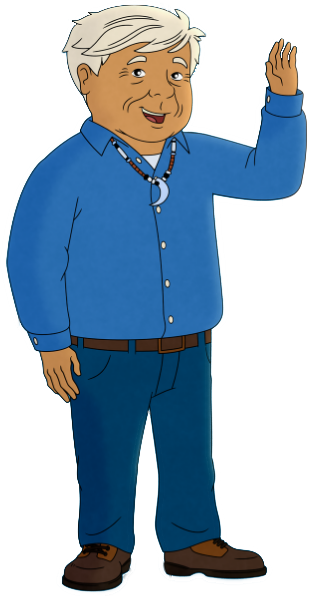 Molly's maternal grandfather, who works as a volcanologist. He is super energetic and is always up for an adventure. He still jumps in the lake near his house every day! Grandpa is an important source of traditional knowledge for Molly.
Suki 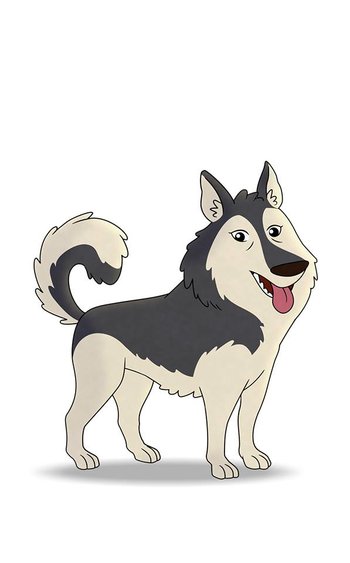 Suki is Molly's best fur buddy. She is a super loyal Alaskan Malamute who is always by Molly's side (unless someone throws a ball). She has an uncanny ability to find things, like ancient artifacts, frybread, minks to chase, and lost people.
Advertisement:

Molly's #1 best friend. Tooey is cheerful, patient, smart, and loyal. Tooey is patient and thoughtful where Molly is enthusiastic and spontaneous. Tooey is a dog-whisperer who helps run his family's kennel and he dreams of following his father's footsteps and becoming a musher.
Trini Mumford 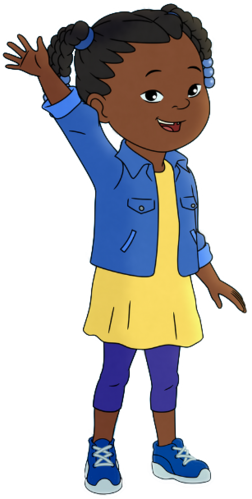 One of Molly's best friends. Trini is very independent and loves to play games. She can whistle out of the gap in her teeth, and it is super loud. Trini recently moved to Qyah, Alaska from Austin, Texas.

A grade above Molly and Tooey in school, Oscar is Auntie Midge's grandson. Studious and ambitious, he is also a talented fiddler. Oscar is a bit hesitant to travel outside of Qyah - he prefers to read about nature rather than be IN nature.

Vera is a friend of Molly, Tooey, Trini, and Oscar who goes to school with them. She is not as seen as often as them. 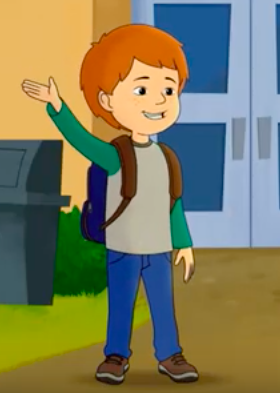 Jake is another friend of Molly, Tooey, Trini, Oscar, and Vera who goes to school with them. You'll often just find him in the background. 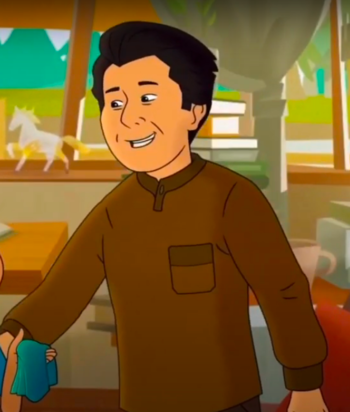 Kenji is the father of Tooey. He runs a dog kennel in Qyah near his house where some 12 huskies live. He is known to be a musher who is good with animals. He is Yup'ik, Koyukon, and Japanese. 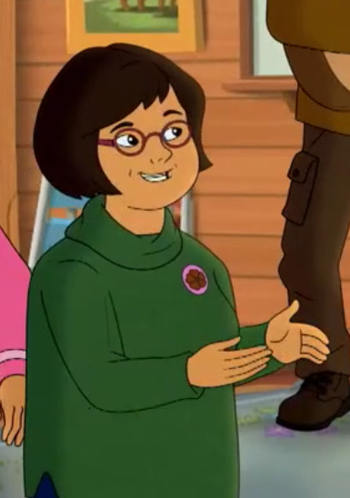 Atsaq is the physician mother of Tooey.
Daniel Mumford

Trini's dad Daniel is a fly-fisherman and the town librarian. He was in the Coast Guard for many years, where he developed his love for all things aquatic and all things Alaska!
Auntie Midge 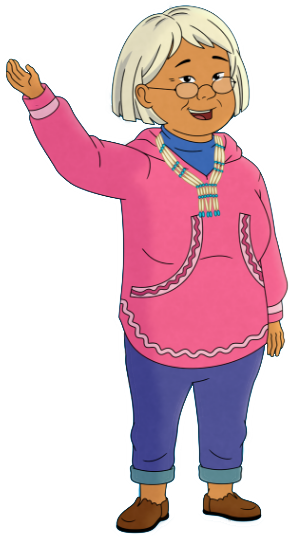 Auntie Midge is Qyah's Tribal Chief and the grandmother of Molly's friend Oscar! Somewhere in her 70s, Midge is independent, feisty, hilarious, and remarkably spry!