Funny / How I Met Your Mother 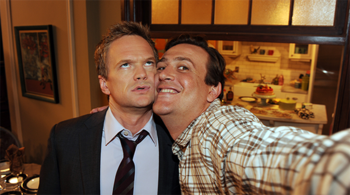 It was the best night ever!