Drinking Game / How I Met Your Mother 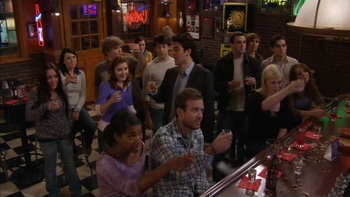 Take a drink every time: