Literature / After the Revolution 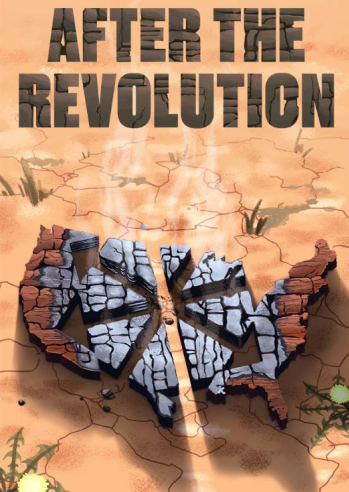 A novel (and podcast) written by Robert Evans of It Could Happen Here and Behind the Bastards and building on many of the themes presented in the former, available for free here

. The book is being released in text and audiobook instalments read by Evans himself throughout the summer of 2021, with a complete ebook version eventually being released in August 2021 and a printed version coming at some point in 2022.

Twenty years after the Second American Civil War, the Texas Republic, a failing Libertarian rump state, is embroiled in its own civil war between a loose coalition of militias and the Dominionist Heavenly Kingdom. We see this conflict through the eyes of three characters: Manny, a fixer who makes a living showing foreign journalists the horrors of war, and now just wants to escape to Europe; Sasha, a suburban teenager determined to join the Dominionists; and Roland, a drug-addled amnesiac super-soldier who's been dragged into one last mission.

Evans has revealed that he has a sequel in the works, and is seeking to have it crowdfunded.

Compare and contrast with Victoria or Caliphate, similarly set in future dystopias but from a very different perspective.