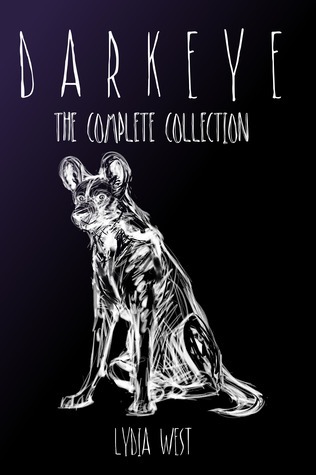 Darkeye is a sci-fi, post-apocalyptic webnovel by Lydia West. It was started in 2013 as a NaNoWriMo project, and completed in 2014. The original draft can be read here

Told from the point of view of an African wild dog named Mhumhi, Darkeye centers around the efforts of a motley pack of canines to keep two small human children alive. This is difficult, as the story takes place in an abandoned city overrun by different species of talking dogs with a taste for human meat.

It has been published in three volumes: