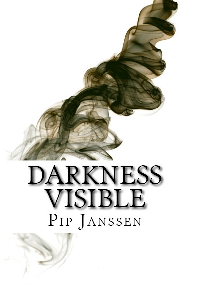 The Dark Tide shall rise...
Advertisement:

It is set in 1895, in a world which is identical to our history except for one key fact: there are people, known as venturers, who can travel instantly between locations by tearing holes (Thresholds) in the fabric of reality. However, Thresholds are not entirely safe, and a bad one will cause unreality to leak in from beyond the world, with potentially fatal consequences.

The book follows the exploits of Lord Henry Lewis, a Warden responsible for keeping an eye on Threshold activity in London and closing dangerous Thresholds before they cause any trouble. However, his job has become more than usually difficult, because someone or something is opening a lot of very dangerous Rogue Thresholds, which can kill or madden ordinary people.

In the middle of a particularly nasty crime scene, Lewis runs into William Marsh, who shows the latent talent to become a venturer. Lewis is ordered to teach Marsh, but the two have more than enough reasons to dislike each other, and things are tense.

As events overtake them, bonding ensues, and the two men have to put aside their differences to prevent the Big Bad from destroying the world.

The book is a pretty funny buddy-cop movie with elevated English, literary references, and some nice outfits.

Probably deserves some kind of award for managing to be Sci-Fi set in 1895 and not be Steampunk.

The book is available here

Not to be confused with a horror novel of the same title by William Golding, or a memoir by William Styron.