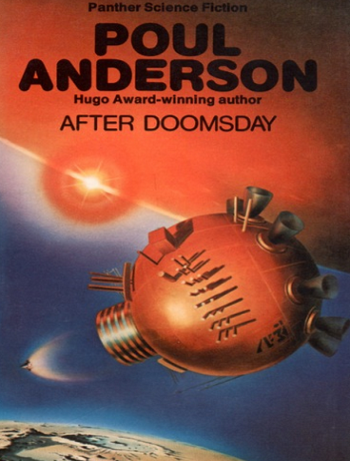 After Doomsday is a Science Fiction novel by Poul Anderson, in which ships of interstellar traveling humans return home and find it utterly destroyed. It recounts their efforts to survive, locate other humans, and discover what happened.