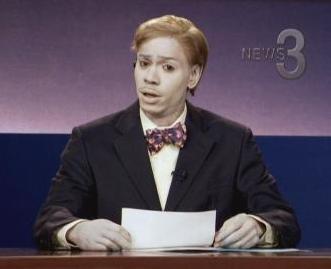 What would the white equivalent of "mammy" be?
"There's a white man talking up here! ¡Silencio! Oongawah!"
— Chuck Taylor (yelling into a booing multi-ethnic crowd during the racial draft), Chappelle's Show
Advertisement:

Similar to Black Like Me except usually played strictly for laughs as a black character pretends to be white. Generally, a very hip black male pretends to be a very straight, lame white male.

Not related to the book,

which is a personal story about white privilege.