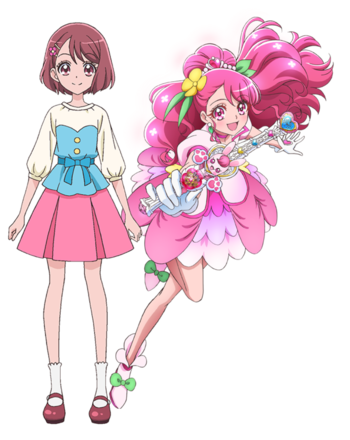 A second year middle school student who is very calm, goes at her own pace, and strives to do many different things. She meets Rabirin and Latte by saving them from a Megabyo-gen attack. Vowing to protect Latte, she becomes Cure Grace. 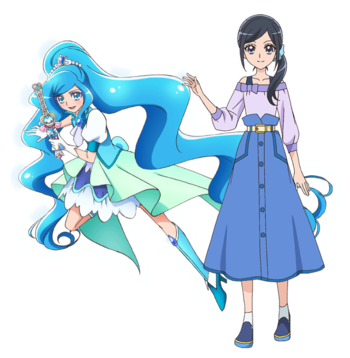 A second year middle school student who lives a hygienic and cheerful lifestyle and is very serious with a strong sense of responsibility. After her family's hot springs inn is attacked by a Megabyo-gen, she becomes Cure Fontaine. 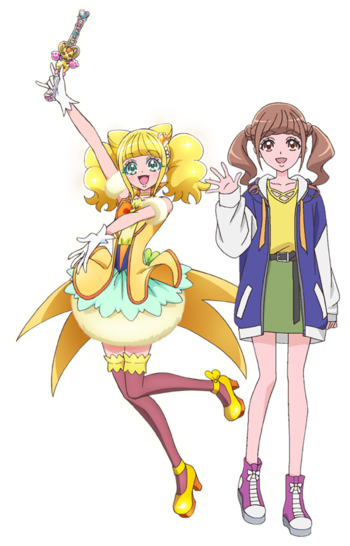 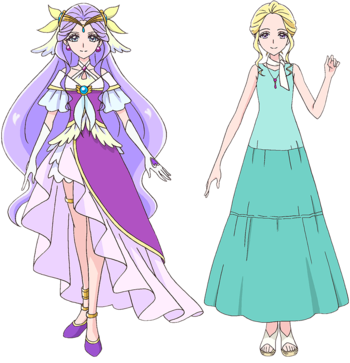 A spirit born from the Earth in response to the prayers of Queen Teatine to save Latte and the Cures. Her goal is to protect and serve Latte, which she initially interprets as having to take Latte back to the Healing Garden. After Latte tells her that she wants to stay with the Cures to continue purifying the world, she decides to use her power to grant Latte's wish and transforms into Cure Earth. Due to having just been born, she doesn't have a name, so Nodoka and the others decide to name her Asumi.

One of the three Healing Animals. She is energetic with a strong sense of justice, making her high-spirited. She is the partner of Nodoka. 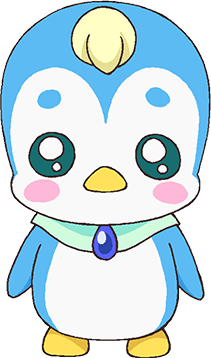 One of the three Healing Animals. He is very intelligent and acts as the voice of reason for his friends; however, he is also shy and lacking in confidence. He is the partner of Chiyu. 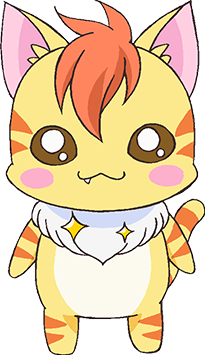 One of the four Healing Animals. He is very free-spirited and much like Hinata, who he gets along with, says whatever is on his mind. He is the partner of Hinata. 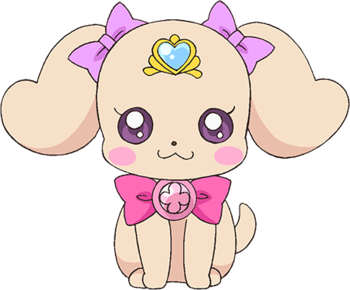 The Princess of Healing Garden. She is a young puppy and although unable to talk, her inner voice can be heard via the stethoscope. 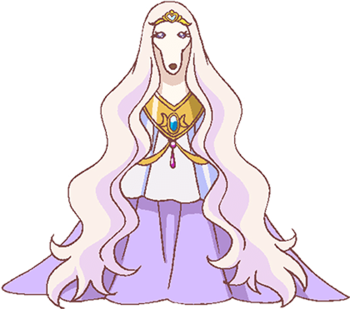 The Queen of the Healing Garden and Latte's mother, who resembles an Afghan Hound. She is a graceful, kindhearted and benevolent queen and a loving (but somehow, overly doting) mother to Latte.

As a whole
The villains of this season. They wish to destroy all life on Earth and reduce the planet to a desolate husk.
King Byo-gen 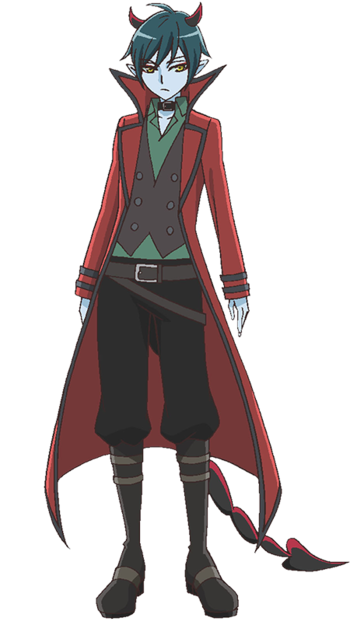 The first general of the Byo-gens to appear. 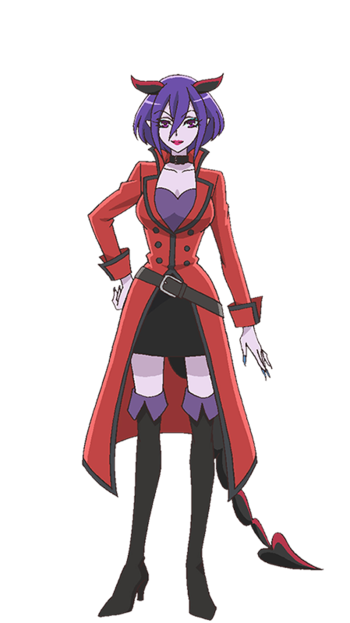 The second general of the Byo-gens to appear. 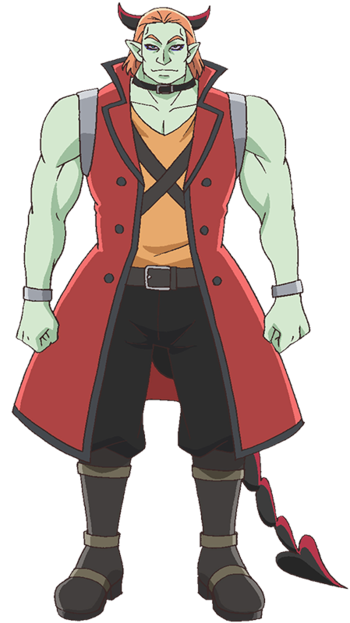 The third general to appear. 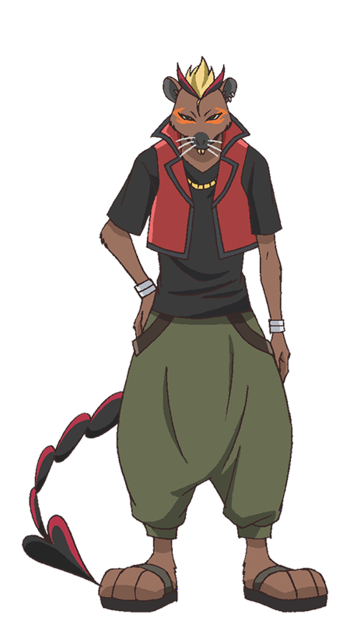 A nutria, who becomes infected in Episode 11 and joins King Byo-gen’s army.

A crow who becomes infected in Episode 24. He is quickly defeated.
Megabyo-gens
The monsters the Byo-gens summon. They are created when a Nanobyo-gen summoned by a general is fed an elemental of the planet, causing them to grow and gain powers.