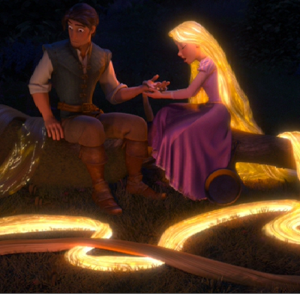 So we know the magic in Rapunzel's hair. It covers Healing Hands and Fountain of Youth, as well as a Fantastic Light Source.
Advertisement:

This page covers hair that has magical powers. It doesn't necessarily have to be a weapon in itself, but generally if hair has magical properties, then it counts as this. May have Rapid Hair Growth as a characteristic.