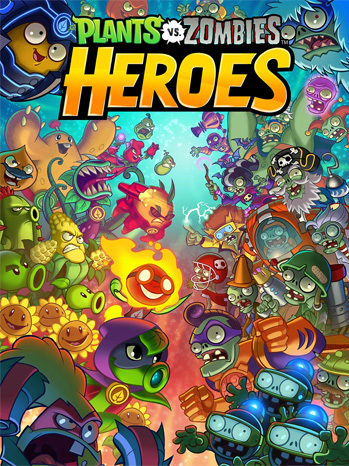 It's the lawn of a new battle!
Advertisement:

It was announced on March 10, 2016, through PopCap Games official YouTube channel and soft released in certain countries on the same day. On October 18th, 2016, the game was released worldwide on iOS and Android.

During an ordinary day of plants fighting zombies, Dr. Zomboss appears in his brand new Zombot Hero-Tron 5000, using its hero laser to give zombies super powers! He's so ecstatic that he ends up accidentally pressing a button that says "Do Not Push!", causing the Zombot to explode, transforming several other plants and zombies around the world into heroes!

Now the battle fully begins, as both sides are going to gather all heroes in the world to be the victor.