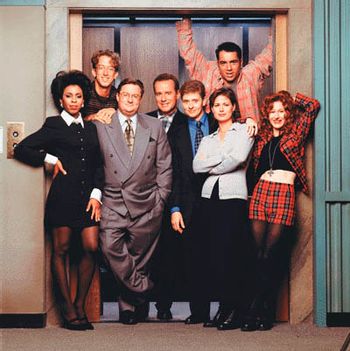 A satire and Work Com airing on NBC from 1995–99, set at a New York news-talk radio station.

Though critically acclaimed, NewsRadio never got the recognition or Ratings it deserved, in part because NBC apparently scheduled it by rolling dice each week.