Characters from The Dresden Files, Chicago Police and FBI.

The various mortal law enforcement that Harry finds himself in contact with - and, often, mistakenly pitted against.

In General
Special Investigations (or S.I) is nowhere near as impressive as it might sound, and a strange. For its businesslike name, the unit is the ass end of Chicago's police force. They're dispatched to look at cases that seem to be beneath the notice of most police in Chicago, such as bigfoot sightings. Unfortunately, as the latter is actually real in the Dresden Files verse, along with most supernatural creatures, S.I is often unwittingly dispatched to fight genuine supernatural threats. While the officers of S.I can be trusted (more or less) to help Harry out and serve as his main source of employment for the first few books and are all reasonably competent, the rest of the police department treats them as their pool filter.
Lieutenant Karrin Murphy 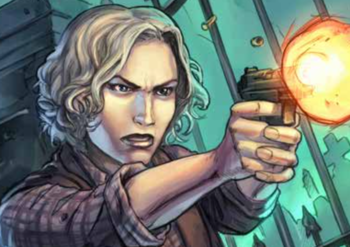 "Tiny. But fierce."
"The law isn't perfect. But that doesn't mean that we shouldn't try to make it work."

Murphy looks like someone's favorite aunt. She's five feet even and has blond hair, blue eyes, and a cute nose. Unfortunately for the bad guys, she's a lot more dangerous than she looks; she's a cop with some serious martial arts skills and enough stubbornness and ingenuity to really inconvenience anyone who annoys her. When she was reassigned to the Special Investigations department, a political death sentence, she responded by taking the department and helping it to become a lot more effective. Since SI got all the cases involving, say, vampire attacks, trolls eating people, or the results of some other sort of magical mayhem, this meant her most effective step was probably hiring Harry. Initially distrusting of Harry (albeit considering him a capable asset to her unit), the two of them eventually became close friends (with a heaping helping of Unresolved Sexual Tension). 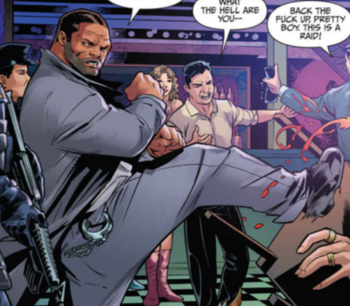 Rawlins on the warpath.

Chicago police officer and former detective who has encountered the supernatural in the past, and thus is willing to believe the resident crazy wizard. Has a history with Murphy; apparently her father saved his life from a monster while he was on patrol long ago. Eventually is forced to join SI due to politics within the CPD, due to his issues with authority. He becomes Murphy's partner once she's demoted from Lieutenant.

Another SI officer. He's promoted to lead the unit after Murphy is demoted due to her disappearance during the SplatterCon fiasco.

A typical day for Micky Malone.

Another SI detective. Disabled during the loup-garoux attack in the Fool Moon case, Malone opted to retire. Was subsequently attacked by the Nightmare during the Grave Peril case.

A brawny SI detective, and a nephew of Micky Malone.

Chicago's police commissioner, and thus Murphy's boss when she ran the SI department.

A forensic technician assigned to examine the scene of Dresden's murder.

The best homicide detective in Chicago. Greene crosses paths with Murphy and Dresden during the Proven Guilty case. 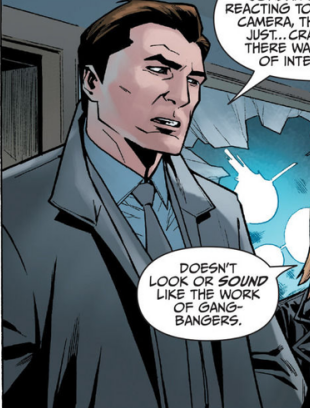 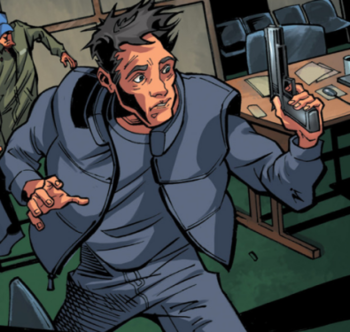 Rudolph displaying his usual amount of composure and poise.

A police officer who used to be in Special Investigations; he was sent there after sleeping with the wrong councilman's daughter. Soon after he joined SI he developed a grudge against Harry and the rest of the department, refusing to believe in the supernatural and sucking up to anyone who could get him a transfer. Eventually joins Internal Affairs.

Another nephew of Micky Malone. Murphy calls him for a favor during the "Aftermath" case.

A beat cop who testifies in Hamilton Luther's murder trial during the Jury Duty case.

A patrol officer. After Dresden is run off the road in Proven Guilty, Grayson is the officer that finds him. 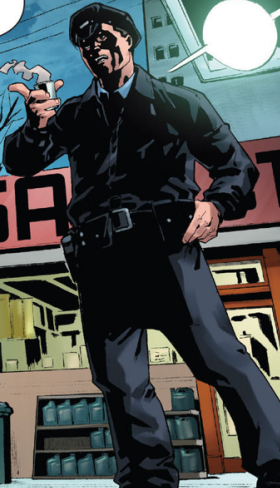 A patrol officer. Killed by Puck during the Wild Card case.

For Uriel, see his entry under the Church. 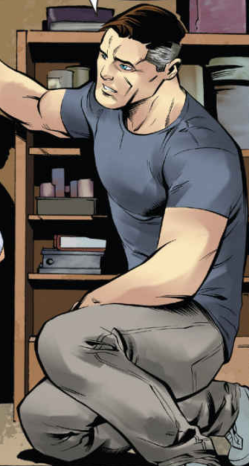 Murphy's dead father. A police captain in life, he ran the Black Cat squad, the Special Investigations of his era. He died from a gunshot wound that might have been from a suicide attempt. After his death, he sends Harry back to the land of the living, and works for Uriel. 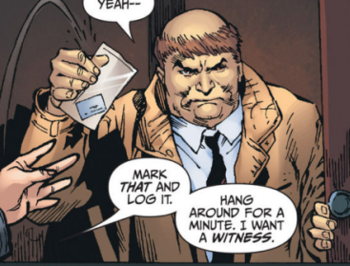 This is his happy face.

Murphy's original partner, killed by the loup-garou in Fool Moon. As of Ghost Story, he's now employed by Uriel. 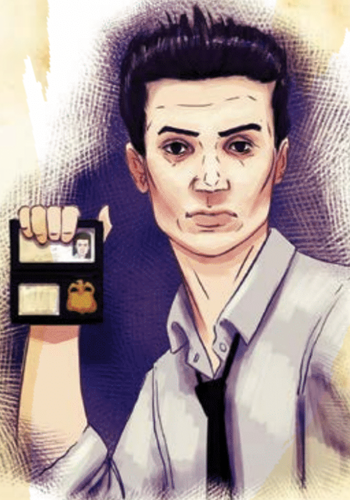 FBI agent working at the Chicago FBI office. Heads the investigation into the destruction of Harry's office building, but unlike a lot of government officials and police, he is willing to listen to Harry and pay attention to what's really going on.

An FBI agent recently relocated to Chicago. Murphy's second ex-husband; their relationship fell apart and ended in divorce because he wanted a family while Murphy wanted to remain on the job. He subsequently arrested Murphy's little sister Lisa for public drunkenness and wound up marrying her, to the delight of Marion (Karrin's and Lisa's mother) and the dismay of Karrin Murphy herself.

A no-nonsense FBI agent from Fool Moon and also the Big Bad of the book. He's obsessed with maintaining law and order at any cost, even to the extent of becoming a werewolf (specifically, Hexenwulf) to hunt down criminals who escaped justice. Gradually goes off the deep end. 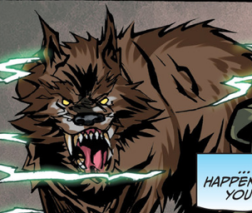 An FBI agent in Denton's unit. The most strongly affected by the hexenwolf belts, and probably the most mentally unbalanced of them. 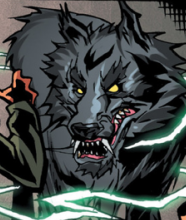 An FBI agent in Denton's unit. The most laid back of the team, though the hexenwolf belts ultimately worked on him as well as they did the others. 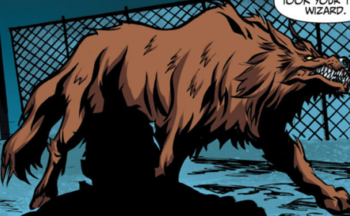 An FBI agent in Denton's unit. The youngest of the team.

In General
Initially introduced in Dog Man, this organization is not actually namedropped until Battle Ground. According to Lara Raith, they're a secret division of the United States government under the Library of Congress tasked with investigating the supernatural.
Agents Biggs and Lytle 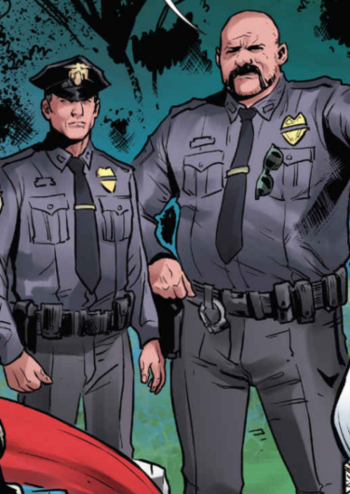 Two FBI agents who are part of a government group that doesn't officially exist but seems to have an interest in the paranormal. They are dispatched to investigate a series of unusual murders in Taylor, where they come into conflict with Dresden and Listens-To-Wind. In Battle Ground, it turns out that they are part of the aforementioned Special Collections Division.