Characters / The Dresden Files  The Denarians

Characters from The Dresden Files, the Denarians.

The Order of the Blackened Denarius 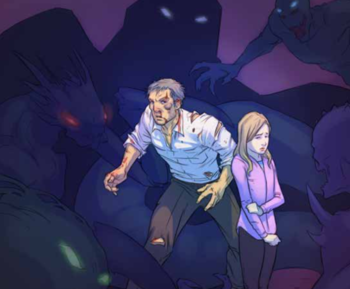 On the attack
They are an ancient order of humans who have taken up one of thirty silver coins, believed to be the ones paid to Judas, and each of which contains one of the Fallen. In exchange for unnaturally extended lives and superhuman power, the Denarians either work with or serve as vessels for each Fallen - and each Fallen invariably corrupts its bearer. The Denarians themselves are not a unified force; generally, one group works with Nicodemus, one works with Tessa, and the rest do their own thing, but they are all devoted to spreading misery, pain, and despair, thanks to the Fallen controlling or working with them.
Mortal Hosts

For Quintus Cassius (whom Dresden calls "Liver Spots" during the Dead Beat case), see his entry under The Kemmlerites.

For Sanya, see his entry under the Church. 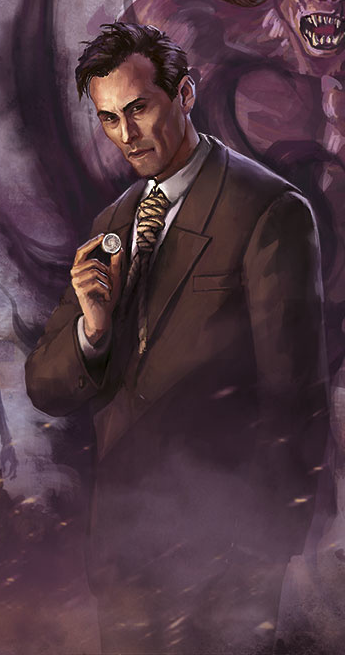 Cannot hurt you any more. No matter how many times I hear that one, it's always a fresh challenge.

The leader of the Order of the Blackened Denarius. One of the most dangerous foes that Harry has ever faced. While most Denarians force their hosts into servitude, Nicodemus is actually in a partnership with his fallen angel. Wears the rope that Judas hung himself with as a necktie, and it grants him Nigh Invulnerability. No one knows all that much about Nicodemus, as he makes it a point to find and destroy the church's records on him every couple hundred years. 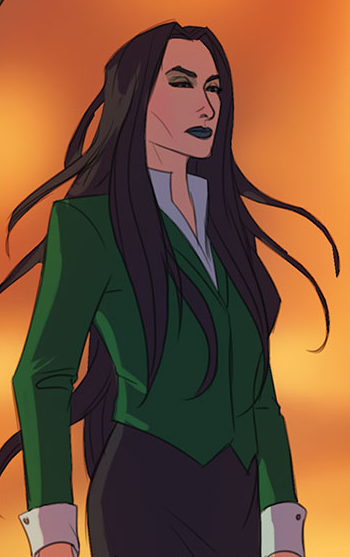 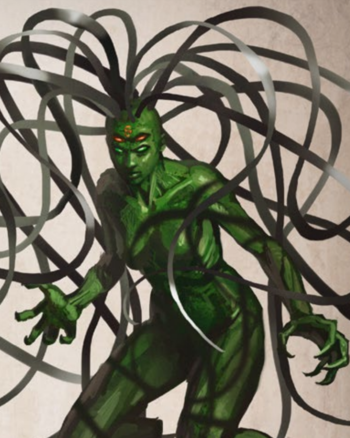 Denarian form
"May I kill him, Father?"

Nicodemus's daughter (and lover). His favorite subordinate, she's a powerful Denarian who takes the form of a scaly, feminine monster with long, flexible metal blades for hair that she can move at will. While she's nowhere near as smart as her dad or as psychotically, destructively violent as her mother Tessa, she's plenty scary in her own right. 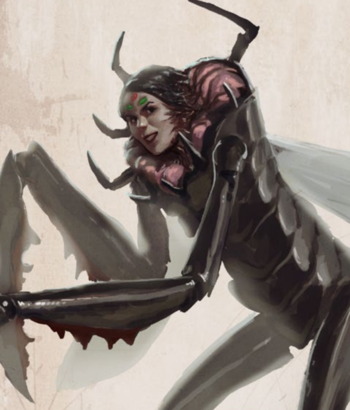 More commonly referred to as "Tessa", she is also a leader for the Denarians. As Nicodemus' wife, she and her Fallen, Imariel, are stated as the second-eldest of the Denarians. Generally, she is a rival to her husband, though they do work together to accomplish a similar goal- the last time they were said to have worked together, the Black Plague spread across Europe. She chooses bearers for coins based upon willingness to take a coin, not talent; Fallen who serve Imariel (and Tessa) go through bearers quickly. Tessa is concerned with short-term views, while Nicodemus is focused with the bigger picture and long-term issues. Tessa is also shown to be an exceedingly capable sorceress. Harry notes that she is a "big-leaguer" and "White Council material". 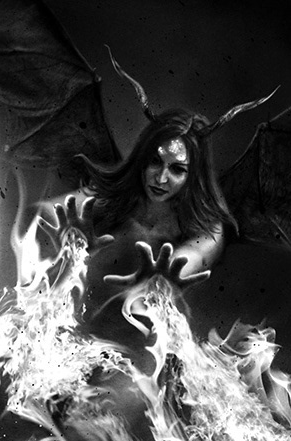 Tessa's second, Rosanna is able to assume the form of a classic demon: batwinged, leathery skin, red eyes, and so on. She was the one who corrupted Sanya into taking Magog's coin when he was a younger man. Older and more dangerous than she seems, Rosanna is an expert at temptation and manipulation.

A dangerous Warlock who broke the First Law of Magic. She was hunted by the Wardens for years before she was presumed dead. Considered a formidable pyromancer, she appears in Skin Game as a member of Nicodemus' heist crew, and is ultimately revealed to be the new wielder of Lasciel after Dresden gave up her coin for good.

Blood on his Soul, AKA The Genoskwa

Blood on his Soul

A powerful Sasquatch-like creature working for Nicodemus in Skin Game. Ultimately revealed to have taken up the coin of Ursiel.

One of Ursiel's many hosts.

Fallen and their Shadows
Lasciel's Shadow aka 'Lash'

One of the Fallen Angels of the Blackened Denarii, known also as the Webweaver and the Temptress. Nicodemus offered her coin to Harry, who refused but was later tricked into touching it. Lasciel's Shadow, known as Lash to Harry, was a psychic duplicate who took up residence in Harry's head for some time. She first appeared to him in the guise of a bookstore employee named Shiela Starr before dropping the pretense, revealing who she really was, and striving to tempt him into taking up Lasciel's Coin. She remained in Dresden's head during this process and her stay in his subconscious changed her significantly from the original, making her a separate and individual entity.

Tropes below apply only to Lash (tropes for Lasciel proper, who finally appears in Skin Game, is a separate entry).

One of the Fallen Angels of the Blackened Denarii, known also as the Webweaver and the Temptress. Nicodemus offered her coin to Harry, who refused but was later coerced into touching it. While her shadow, Lash, attempted to coax him into taking the coin he refused and eventually handed it over to the Church. 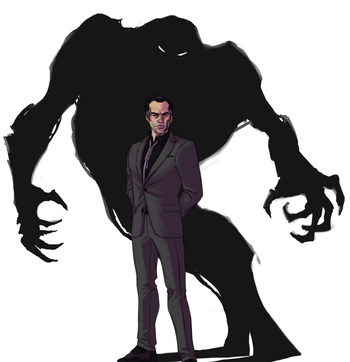 The Fallen within Tessa's coin. 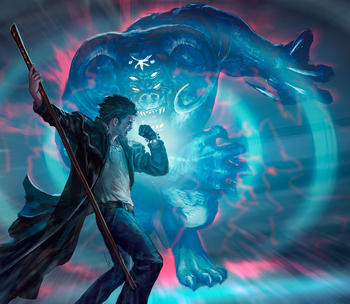 Big and brutal, Magog is the heavy hitter of Tessa's crew, resembling a monstrous gorilla. He's fast and tough and hits like a freight train, but is very unsubtle, and abuses his hosts viciously, to the point that they are just animals. 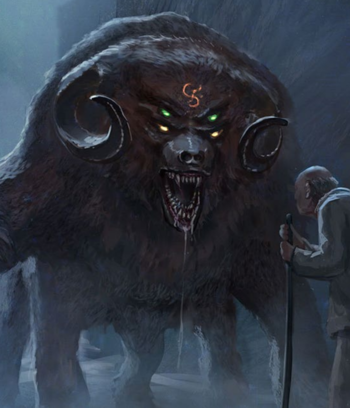 A particularly brutal Denarian who abuses his hosts, Ursiel is aggressive, violent, and psychotic. Taking on the form of a massive, six-legged bear, he serves as Nicodemus' heavy hitter.
Saluriel

A wizard working with Tessa's group, Thorned Namshiel looks like a human covered with a number of thorns, hence the name. Namshiel serves as Tessa's mastermind, and also possibly took part in an attack on Arctis Tor, the capital of the Winter Court, on what is implied to be on behalf of the Black Council. His host was killed during an attempt by Tessa and Nicodemus to corrupt and possess Ivy, after which his coin was assumed by John Marcone.

In addition to Anduriel, Imariel, Magog, Thorned Namshiel, Deirdre's Fallen, and Rosanna's Fallen, at least twelve other Fallen were involved with the plots to abduct Marcone and Ivy. They include:

None of their hosts appear except as corpses, and only one is even named (McKullen, who is said to have been killed by Kincaid at the same time that he downed Varthiel and Ordiel). All of said hosts are killed during the events of the Small Favor case.