Characters from The Dresden Files, the White Council.

The White Council is a loose confederation of wizards from all over the world that enforces the Laws of Magic and strives to protect humanity from the dangers of Black Magic. Unfortunately, many of its members are hide-bound by the old ways of doing things, and the body as a whole may not be up to the task of dealing with modern threats to the peace and stability of the world.

open/close all folders
Merlin, the Original

The wizard and the creator of almost all the rules (and the White Council) and regulations of Magic. Mythic beyond belief and so revered that The Leader of the strongest human organization in the world is simply called "the Merlin" for more than a thousand years.

The White Council In General
The Senior Council
Arthur Langtry, the Merlin

The leader of the White Council, and by extension one of the most powerful and skilled wizards alive. Unfortunately for Harry, he has taken a dislike to him as a rebellious upstart and possible warlock, and Harry in turn considers him a crotchety old man unable to come to terms with the changing world. Along with Morgan, he's one of the primary reasons for Harry's troubled relationship with the Council. 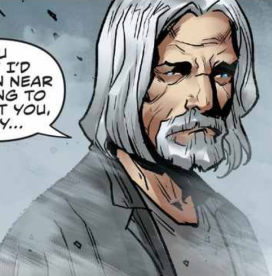 When the world's most powerful wizards need a hitman, this is who they call.
"I told you long ago that being a real wizard means sacrifice. It means knowing things no one else does. I told you that it meant you might have to act upon what you knew, and knew to be right, even though the whole world set its hand against you. Or that you might have to do horrible, necessary things."

An elderly wizard, homesteader from somewhere in Missouri, and one of the newest members of the White Council's Senior Council. Harry's mentor and teacher after Justin DuMorne's death. Also the Council's Blackstaff — the one White Council Wizard in the world authorized to use Black Magic without consequence.

One of the wizards on the Senior Council, a genuine Illinois medicine man and an old friend of McCoy's. In addition to talking to animals and being able to transform, he's also the White Council's medical expert and goes back to medical school every ten years or so to stay up-to-date.

A little old lady with a whole lot of magic.

Another member of the Senior Council. Dedicated to maintaining the appearance of stability in the White Council. Little else is known. 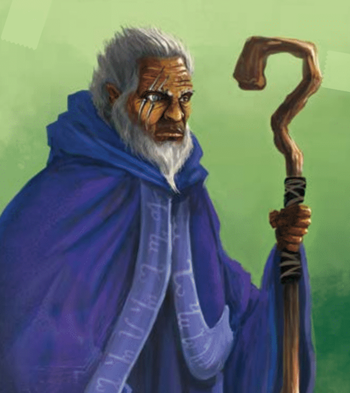 There is always a price for knowledge. Always.

A member of the White Council who covertly aids Harry and is generally mysterious. Usually wears a cowl, and has powers of precognition. His precise job on the Senior Council is not explained, but he appears to have a great deal of knowledge regarding Outsiders.

The newest member of the Senior Council, who forces the Merlin to appoint him lest he take roughly a third of the Council and secede from the whole. Ambitious, aggressive, and dangerous, Cristos has both Harry and Ebenezar convinced that he is an agent of the Black Council. Or just stupid. Ebenezer considers the latter the worse of the possibilities.

A member of the Senior Council who despised Harry. Considered the most approachable Senior Council member for smaller countries with less representation and power on the Council.

. The Council's expert on vampire hunting, his death in the early days of the war against the Red Court was a heavy blow.

For Harry Dresden, see his entry under Harry and Harry's Household. 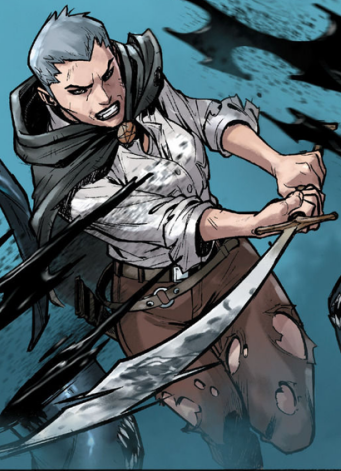 The Commander of the Wardens, doing what she does best.

The Commander of the Wardens, Morgan's teacher. Was forcibly transferred to a much younger woman's body by Corpsetaker in Dead Beat. Became briefly romantically involved with Harry over the events of Small Favor and Turn Coat. In Turn Coat, it was revealed that she was an unwilling mole in the White Council, as being transferred to a younger body made her less resistant to mind-altering magics.

Narrates the short story "A Fistful of Warlocks". 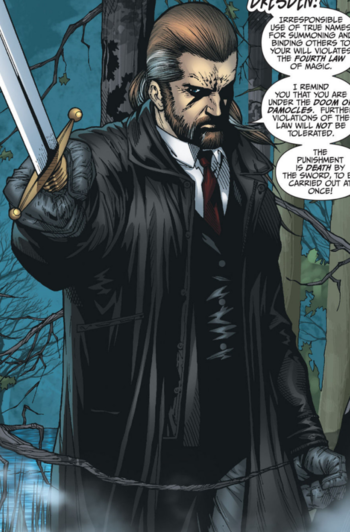 He makes sure warlocks follow their parole ...and deals with them when they don't.
"No. I would rather be dead — do you hear me? Be dead than have you use black magic on my behalf."

A high-ranking member of the Wardens, skilled swordsman and battle wizard, Morgan is introduced as the magical equivalent of a parole officer - his job is to keep an eye on Harry and execute him if he shows signs of having gone back to his warlock ways, a duty Morgan pursues with gusto. Later on that role takes a backseat to his mastery of battlefield combat as the Wardens go to war. 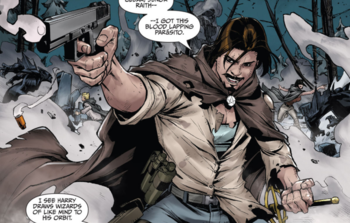 Carlos in his element.

"It hurts to be this good!"

The regional commander of the Wardens on the West Coast, barely out of his apprenticeship. He loves to make jokes about his own awesomeness and popularity with the ladies. 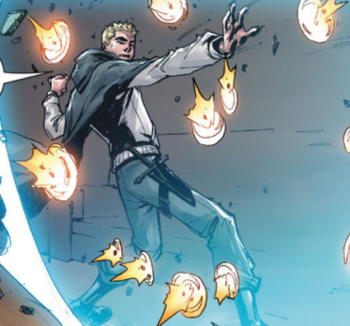 He'll show you why you shouldn't mess with Texas.

A Warden from Texas. Has interacted with Dresden a few times, including when retrieving a shoggoth from a Venatori stronghold that was besieged by the Red Court. 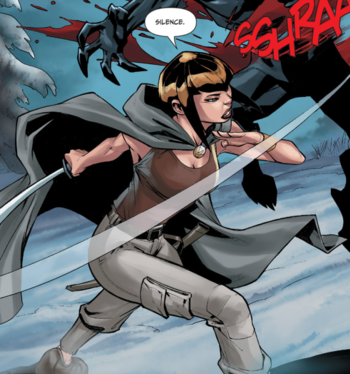 She lets her sword do the talking.

A trainee Warden who participates in the battle against the Kemmlerites due to the lack of trained fighters. She is injured, but recovers and later helps to retrieve a shoggoth from a besieged Venatori stronghold.

Two trainee Wardens who were at Camp Kaboom, an evocation-training camp, when it was raided by ghouls. 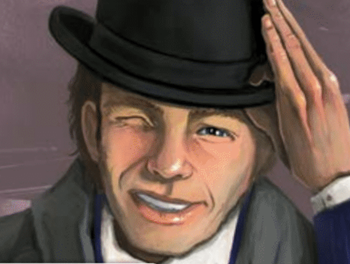 A young British warden who acts as Luccio's aide-de-camp.

A grizzled veteran who has survived a lot of combat and now leads his own cadre of Wardens.

A member of Ancient Mai's staff.

A trainee Warden who attends a lecture by Harry on investigating potential supernatural threats. Appears in "AAAA Wizardry".

Another trainee Warden who attends a lecture by Harry on investigating potential supernatural threats. Appears in "AAAA Wizardry".

A younger Warden who was seen guarding the Murphy house along with Chandler to use as a base during the Small Favor case.

A trainee Warden who fought the Chicago Kemmlerites. 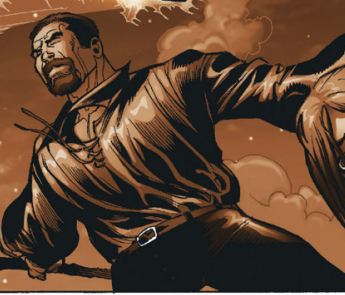 Harry's and Elaine's adoptive father, first mentor and Warden turned Warlock. He was raising Harry to become one of his enforcers but was killed in self-defense by Harry. He also took Bob after Kemmler's final death. 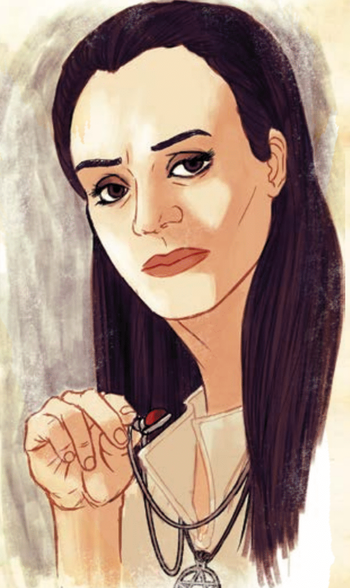 Harry's deceased mother. Known to have been a maverick in the White Council — to the point where she was under surveillance from the Wardens for suggesting "alternate uses" to the Laws of Magic. The repercussions of her actions are still being revealed. She has not yet and probably never will appear directly in the series; consequently, most of the below examples are inference or outright speculation. 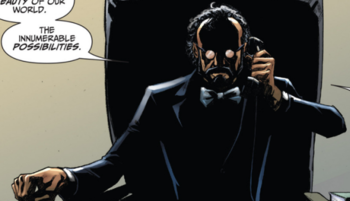 Nobody ever suspects the secretary. Which is just the way he likes it.

A clerical wizard who insists on keeping everything in order, which makes him ideal for his job as the Council's senior paper-pusher. He records Council meetings and handles a wide range of extremely sensitive documents. However, he's also a member of the Black Council.

Klaus is an old, respectable, and honest wizard, though considered a bit on the young side to join the Senior Council. Belgian by birth, he is a short man with white hair, a large belly, and love of enchanting toys and using them as his foci. He briefly fought on the side of the Allied Nations in World War II when a warlock was helping the Nazis out.

A wizard with blue hair whom Dresden sees during the White Council meeting in Summer Knight.