Characters / The Dresden Files  The Church

Characters from The Dresden Files, the Church.

Somewhat self-explanatory. In addition to the normal things the actual Roman Catholic Church does, the Church arms and supports the three Knights of the Cross, who travel the world righting wrongs and battling the forces of cosmic evil on a mission from God, whether or not they are actually, themselves, Christian. And all of them are backed up by the very highest of powers.

"Our lives belong to the Almighty. We serve and live for the sake of others. Not for our own."

A Knight of the Cross, wielder of the holy broadsword Amoracchius, badass, and overall Nice Guy. His wife is Charity Carpenter, and the oldest of his many children is Molly.

The eldest of the three Knights of the Cross, a Japanese man who wields the katana Fidelacchius. Part Shinto monk, part Mr. Miyagi; he could easily be compared to a version of Michael in thirty years or so. 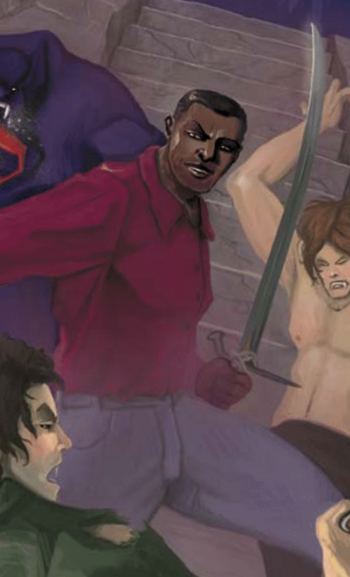 Civilian: God in Heaven. He must have sent you to us, son.
Sanya: It was probably just a coincidence, ma'am.

One of the Knights of the Cross, and a former Denarian who went straight. He's black, Russian, and prone to wearing Kevlar and hauling around a Kalashnikov to match his sword, Esperacchius. Oh, and he's an atheist/agnostic, despite having been handed his sword by the Archangel Michael himself. 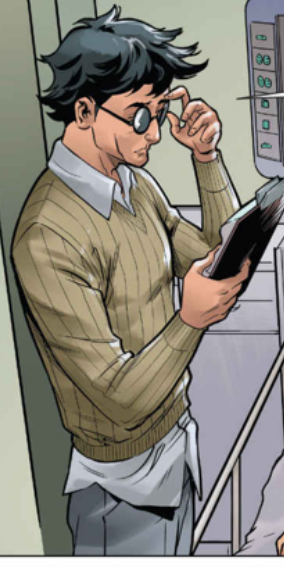 The doctor is in the house.
"Polka will never die!"

Originally just a Chicago medical examiner, polka enthusiast and geek extraordinaire. He was assigned to autopsy the corpses found after a fire, but since said fire was in fact the result of a wizardly temper tantrum, he got a vampire corpse, called it "humanlike, but definitely nonhuman" and consequently got stuck in a mental institution for observation for three months. This gave him a cheery disrespect for authority that helps him get along quite well with Harry. After discovering that magic exists, he begins studying it in detail and working out ways he can use it to help people. His courage, valor, and faith in goodness and justice allows him to ultimately take up the new Sword of Faith... which just so happens to be a lightsaber.

Narrates the short story "Day One".

The myriad other Knights who wielded one of the Swords throughout history. They include:

Father Forthill is senior shepherd at St. Mary of the Angels church in Chicago, Harry's main contact with the militant side of the Catholic Church. While relatively little about his background has been revealed, there are hints that he was much more active in his opposition to the forces of evil in his youth.

Another member of the Eye of Thoth. He was killed shortly before the events of the Death Masks case.

A priest encountered by Fitz and Dresden's spirit in Ghost Story.

Appears in the short story "The Warrior". Former member of the Army Rangers, Father Roarke was trained as a chaplain in the US Army and eventually joined the Ordo Malleus (aka the Inquisition) to fight evil. Once Harry became custodian of Fidelacchius and Amoracchius, he became convinced that either Harry was misusing the Swords or that he was actively trying to keep them out of the hands of the Knights, and took steps to recover them.

The Archangel responsible for gifting Harry with Soulfire. Liked by Mab (which does not bode well), respects free will above all else, interferes only when he has to balance the influence of Hell, and is apparently Heaven's spook/Black Ops guy. Harry has spoken to him a couple of times so far.

No name is given, but this angel is set forth to guide and protect the souls of the dead to their proper place. It is not in her power to decide who ought to die or when, but rather in the event human choices lead to that outcome she is there. Harry meets her when she stood over Father Forthill's body in Ghost Story.

Amitiel and other guardian angels

Amitiel is the only, thus far, named guardian angel. He is the protector of Captain Jack's Chicago branch. Other angels have been spotted at and inside the Carpenter household.