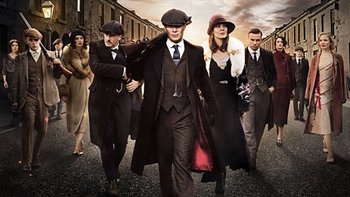 (left to right) Esme, John, Isiah, Ada, Arthur, Tommy, Polly, Michael, Lizzie, Finn, and Linda.
Tropes that apply to them as a family, or to the whole family. 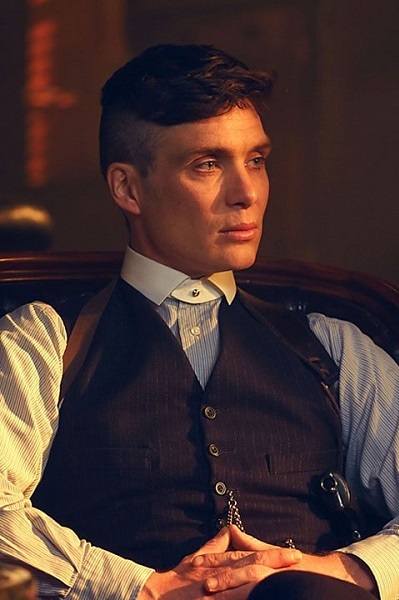 "Watch Thomas. I know how he is, but he does what he does for us… I think."
(Played by Cillian Murphy.)
"Now it is Tommy that has brought strength and power to this family. 'Cause he knows, you have to be as bad as them above an order to survive."
— Aunt Polly to Ada 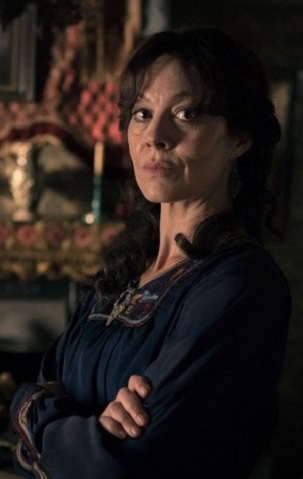 "What Polly wants is a mystery."
(Played by Helen McCrory.)
"And it's me who runs the business of the heart of this family."
—Aunt Polly to Grace

The Shelby brothers' aunt, and the matriarch of the family. She ran the business when the men were fighting in WWI. Upon their return, she settled into Number Two and The Consigliere. 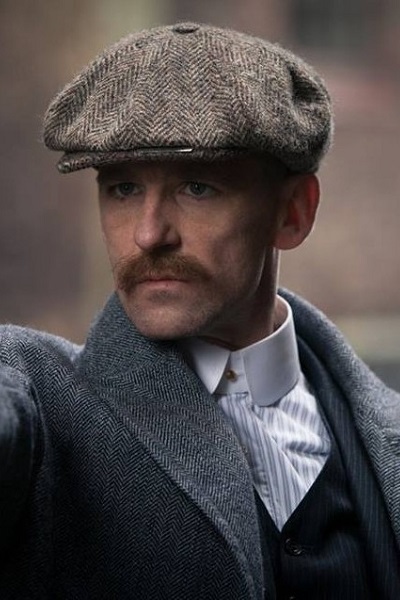 "Watch Arthur, because he's as likely to hurt himself as anyone else."
(Played by Paul Anderson.)
"Every boss has to have a mad dog at his side. Yeah, somebody who can't be predicted—somebody mad in the head. But Thomas Shelby uses his own brother!"
— Aunt Polly to Tommy

Arthur Shelby Jr. is the eldest brother, and bulldog of the Shelby family and Peaky Blinders. 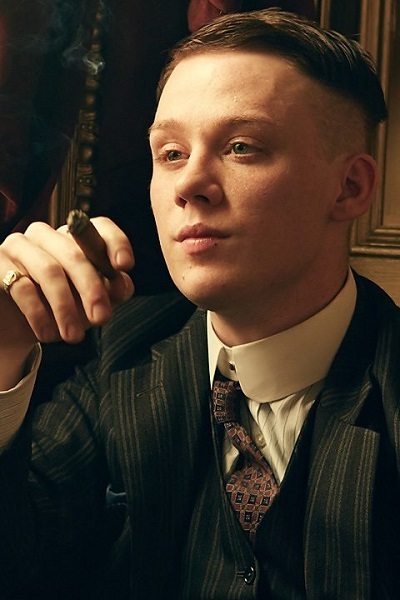 The third of the Shelby brothers, a cocky, Hot-Blooded man with a very large family to take care of, a wife at odds with his brother Tommy, and a sneaking suspicion Tommy's beginning to go too far. 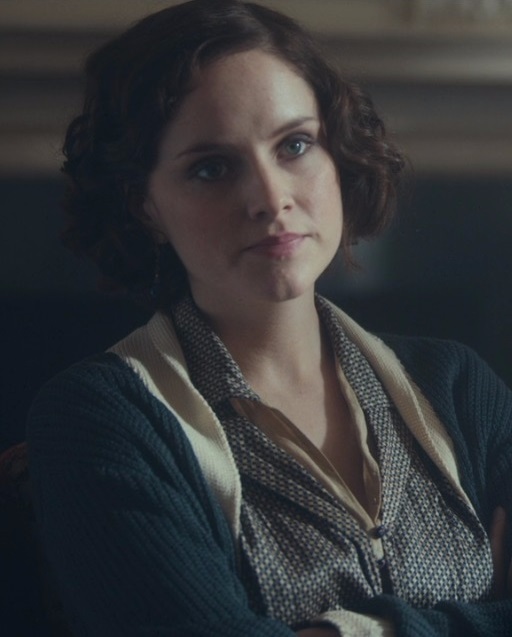 "Oh my Ada, the only princess of the royal family of Small Heath."
(Played by Sophie Rundle.)
"To rent? […] To poor people? Ten to a room, no repairs, no water. And if they complain, you just send Arthur and the boys round… You know, I give advice down at the library. Families, thrown on the street. It's men like you we're fighting."
— Ada to Tommy

The Shelbys' only sister, a widow, with a young son. She lives in London, and tries to distance herself from her family, with limited success. 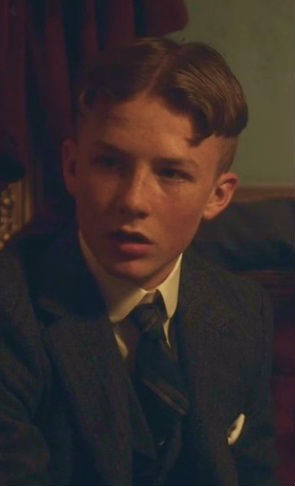 (Played by Alfie Evans-Meese & Harry Kirton.)
"That's why you should never pretend to be me, Finn."
— Tommy to Finn

The youngest of the Shelby siblings, at least 10 years younger than the others. Since Finn isn't really old enough to partake in the clan's crime, he thus isn't counted among "the Shelby brothers". 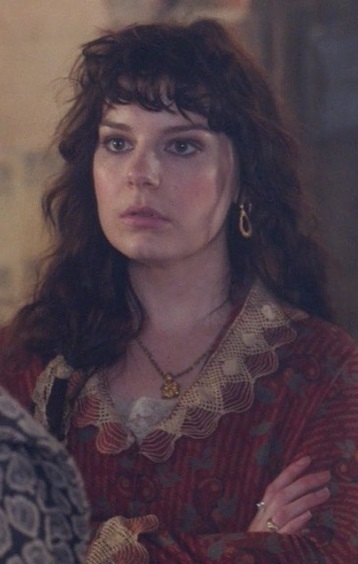 (Played by Aimée-Ffion Edwards.)
"I'm not a blood member of this family, but perhaps indeed because I'm not a member I can see things in a different light. […] I have a child, blessed with the Shelby family good looks. I want John to see him grow up. I want us to someday live somewhere with fresh air and trees."
— Esme to the Shelbys

A girl of the Lee clan, married to John via an arranged marriage, and now a Shelby, with a young son. 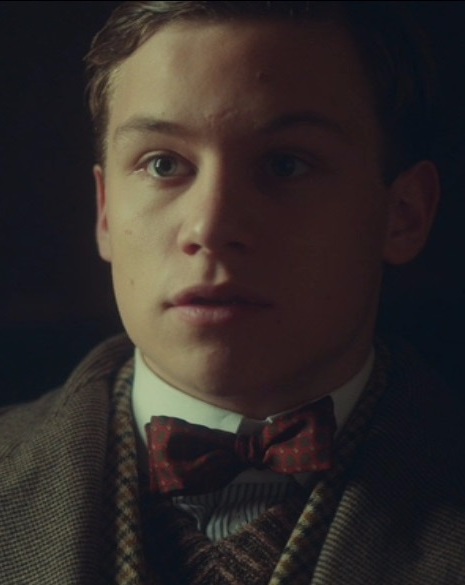 "I put it all together, but I don't partake. I've got a bright future, you see. Mapped out."
(Played by Finn Cole.)
"In my village there's this little wishing well. It's made of white bricks, right in the middle of the village green. Everyone says how pretty it is. But I swear, if I spend another day in that village, I'm going to blow it up with dynamite. Probably blow my hands off with it, but it will be worth it. Just to see all those pretty white bricks spread over the pretty village green."
— Michael to Tommy

Polly's eldest and only surviving child, taken from her when he was 5. Jumps at the chance to be a Shelby, once he's returned to the family. 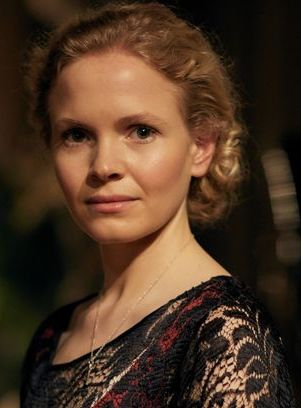 (Played by Kate Phillips.)
"Fuck him! Arthur's gone home to the Madonna of Molesley."
— John to Finn..

Arthur's new wife, and a Quaker.

(Played by Tommy Flanagan.)
"This family needed you ten years ago, and you walked out on us. Not now. Get out of this house."
— Tommy to Arthur Sr.

The father of the Shelby siblings, who deserted them several years ago. By all accounts a conniving bastard and swindler, who has no qualms about tricking even his own family. He appears only in 1.05 to demonstrate why all his children have quite the Freudian Excuse. 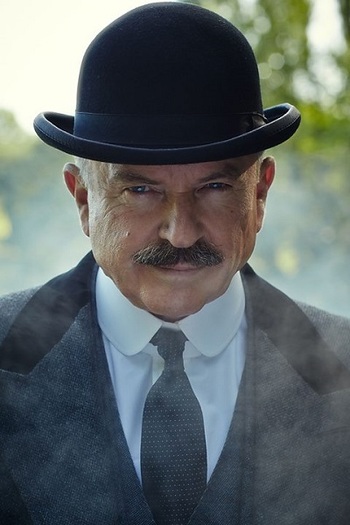 (Played by Sam Neill.)
"One thing I have learned is that you and I are opposites, but also just the same. Like an image in a mirror. We hate people, and they in turn hate us, and fear us. […] Men like us, Mr. Shelby, will always be alone."
— Cambell to Tommy

A zealous, high-class police officer from Belfast, who is sent into Birmingham by the government to recover the stolen guns. 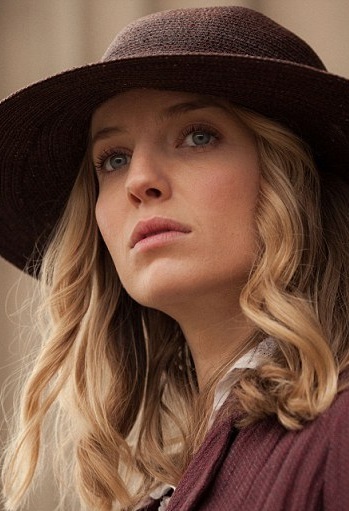 (Played by Annabelle Wallis.)
"I'll fight you with my fists and show you how a rich girl fights. I'm from a tough family, too."
— Grace to Aunt Polly

An Irish Unionist whose parents were killed by the IRA. She works under Campbell as an undercover agent, and infiltrates the Peaky Blinders in disguise as a barmaid to gather information, but ends up feeling increasingly drawn to Tommy.

Birmingham policeman. Initially a Sergeant and Campbell's right hand man, eventually promoted to the rank of Inspector, and the most prominent recurring police character thereafter. 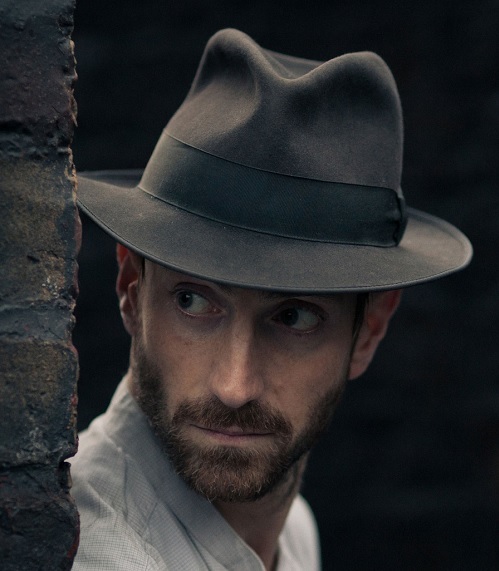 (Played by Iddo Goldberg.)
"Oh, my Ada. I'm just a poor Communist frog with a big mouth."
— Freddie to Ada 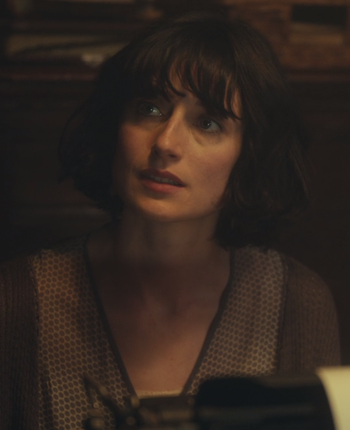 A local prostitute in Birmingham, and later a secretary for the Peaky Blinders.

One of Tommy's best friends, Danny is a loyal member of the Peaky Blinders, but his daily struggles with a very serious case of shellshock, which frequently leads him to believe he is back on the frontlines makes him a bit of a liability.

The Shelbys' uncle, and the owner of a boatyard on the Cut.

A cousin through various marriages to the Shelby family, he's also loosely allied with the Lees. In season two, Tommy trusts him with running the export business at the Birmingham docks.

A street preacher of Jamaican origin in Birmingham.

(Played by Charlie Murphy.)
"You don’t have a women’s lavatory on the second floor because no women get this far up."
— Jessie, in response to being asked why she is applying her lipstick in the men's toilet at work.

A union leader at one of Tommy's factories and a member of the Stechford branch of the British Communist Party.

Billy Kimber is the premier gangster in Birmingham in the first season. No one crosses him and gets away with it, so Tommy attempts to make a deal with him. 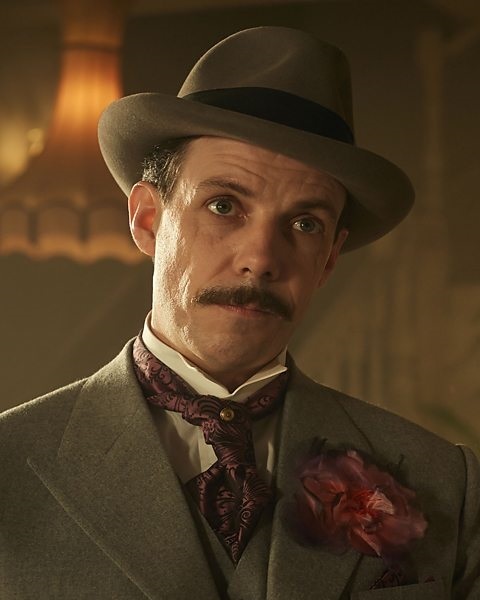 An Italian gangster from London, heading one of the biggest and most dangerous operations. Doesn't take kindly to the Shelbys encroaching on his territory. 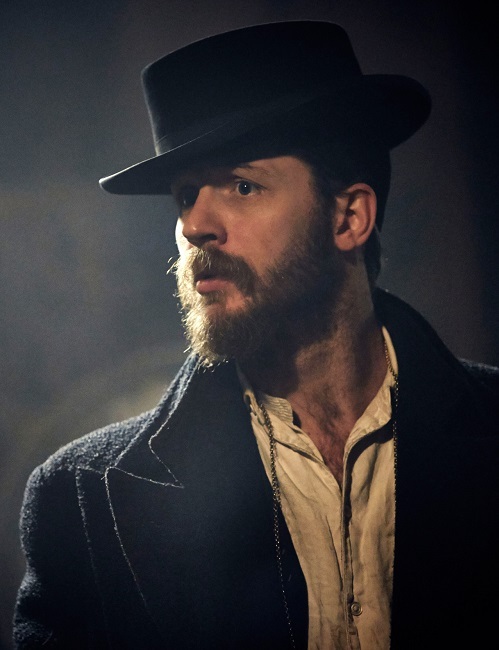 A Jewish gangster operating in Camden Town, and uneasy ally of the Shelbys.

The son of Vincente Changretta who has moved to America and built a Mafia empire. The circumstances of his father's death cause him to return to England and target the Peaky Blinders.

A horse-trainer and widow that Tommy encounters at an auction. She trains his racehorse for Epsom, and falls for Tommy along the way.

An exiled Georgian duchess, Tatiana is a major player in her aunt and uncle's plans for setting up the Shelbys. 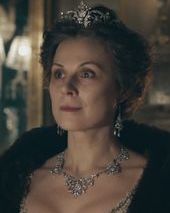 An aristocrat in exile, she is plotting to overthrow the communists in Russia. The aunt of Princess Tatiana and wife of Leon.

An exiled Georgian duke, he's been camping out at the Ritz eating caviar while his wife Izabella plots to overthrow the "red" Russians.

A painter related by marriage to Grace, he finds his eye drawn by Polly at Tommy and Grace's wedding dinner.

An Irish priest with his fingers in many pies: the Russians, the Economic League and matters of the church back in Birmingham.

Head of a very old and well-respected Romany family, called in by the Shelbys to assist with the threat posed by the Black Hand.