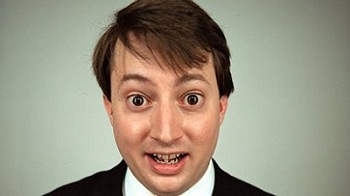 "If I want to act relaxed, it's going to take all my cunning, skill, and concentration."
Played By: David Mitchell
"I suppose doing things you hate is just the price you pay to avoid loneliness."

Mark is the sensible one: a professional brogue wearer with a slightly worrying interest in World War Two. He is playing at being very serious and grown up and is a painfully conventional young man with a seething mass of self-loathing, ego and self-consciousness just below the surface. Mark believes nothing is achieved without work, blood, sweat and tears. In fact he masochistically relishes this belief. 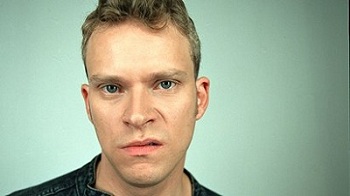 "Your dream is just everybody, grey, on the omnibus, eating grey sludge. That's your dream isn't it?"
Played By: Robert Webb
"God, this is such a mess. It's fantastic."

Jeremy is a big kid. A lazy man with big ideas about himself and his future music career. Touchy and self-aggrandising, Jeremy is never far from doing something he will regret. He is clearly the loose cannon of the partnership: a lazy waster with dodgy friends, who dreams of becoming a musician, but can never get his act together, or often even get up in the morning! Although vain, idle and delusional, Jez is basically a nice bloke... for the most part. 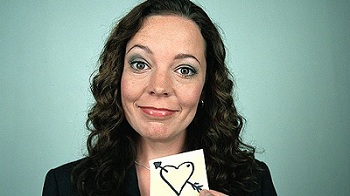 "Of course, obviously, it'd be really great if you were happy, but it's not the most pressing thing."
Played By: Olivia Colman

Mark's ray of sunshine, object of desire and friend at work. Sophie is too bright and interesting for her job and most of her colleagues. In Mark she recognises someone who is on her wavelength. Trouble is he's such a bag of neuroses he manages to self-destruct as soon as things start going well. 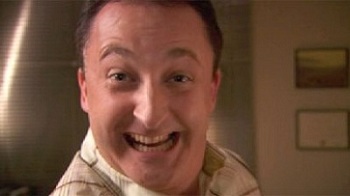 "So basically, man is programmed to do two things: kill and knob."
Played By: Neil Fitzmaurice

In his bristling normality and easy handling of everyday situations Jeff is the complete opposite of self-conscious, self-defeating Mark. Jeff Heaney is therefore an enemy in Mark's eyes. Mark is completely justified in hating Jeff because he's an abrasive twat. 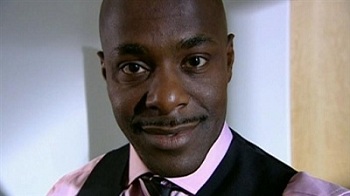 "What this department needs is a kick up the arse so hard, my foot'll go right up your digestive tract and wiggle out your mouth like a little leather tongue."
Played By: Paterson Joseph
"In business, Jeremy, you learn that every man has his price, and I judge yours to be... £530."

Mark's smooth and cool boss and 'business guru' at JLB Credit. Johnson is a no-bullshit work-monger with a brutal view of the world based on maximizing profit and minimizing your opponents. Mark looks up to Johnson with a pathetic degree of regard.

A nerdy co-worker who just might be the one girl that likes Mark for the neurotic mess that he is.

The unhinged next-door neighbour who serves as an unhealthy object of lust for Jez during the first and second season.

A bisexual, marijuana-dealing Russian émigré who lives in the same block of flats as Mark and Jeremy.

Elena's girlfriend and Jeremys love rival in Series 6. Completely devoted to Elena who does not show the same level of devotion back though she always choses her over Jez. She appears again in series 8 when she campaigns to be chairman of the freehold committee in Apollo House. 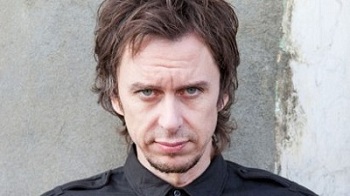 "Tell you what, that crack is really more-ish."
Played By: Matt King
"People like Coldplay and voting for the Nazis. You can't trust people, Jeremy."''

A friend of Jeremy’s and a musician. He’s a slightly more successful (and psychotic) version of Jeremy, and influences him in a variety of negative ways.

Mark's sister who has an on and off again relationship with Jez. 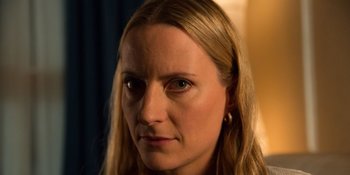 A student and shoe salesgirl; Mark pretends to be doing the same course as her at university in order to meet her.

Portrayed By: Liz May Brice

One of the few friends that Mark had and his old School Crush. 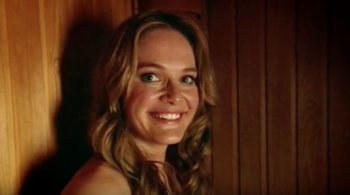 "I come from America, I've seen the problems race brings up. Now fuck me and pretend I'm your mom!"
Played By: Rachel Blanchard

A kooky, ‘liberated’ small-town American girl who Jeremy falls in love with. She later marries him for visa reasons, and is in general something of a hypocritical free-spirit. 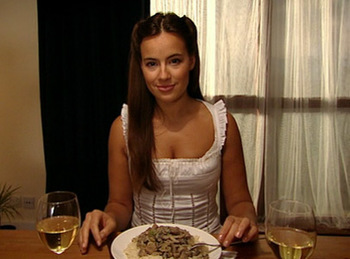 "This is quite a weird date, Jeremy. It's even weirder than when you took me to Laser Quest and tried to hump me in the dark."
Played By: Sophie Winkleman

Posh, a little stupid, very attractive and very sweet, Big Suze is Jeremy’s ex-girlfriend. He’s still in love with her, and has an excellent plan to ‘get her high and put my hand up her jumper’. 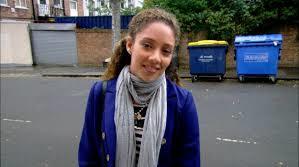 An intellectual woman whom Jeremy meets in a hospital waiting room while her boyfriend Ben is in a coma. Ben regains consciousness and later employs Jeremy, in a role which Jeremy uses as a means to try and get close to, and eventually seduce Zahra, even though she affects an interest in many refined subjects that are beyond him, such as foreign films and classic literature like Frankenstein, which he pretends to know about and be interested in in order to impress her.

Megan's boyfriend. Jeremy has sex with him on an impulse which results in an ongoing relationship between the two.

A barmaid whom Jeremy meets during Super Hans' stag night.