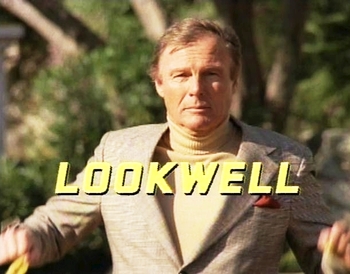 A One-Episode Wonder unsold pilot that aired on NBC in 1991. Written by Conan O'Brien and Robert Smigel, Lookwell starred Adam West as Ty Lookwell, a has-been actor who played the title role in a detective show called Bannigan. He tries to use his TV crime-solving experience (and an honorary badge he received because of his TV show) to solve actual crimes, which he does poorly. West cited this as one of the biggest disappointments in his career when the show wasn't picked up.