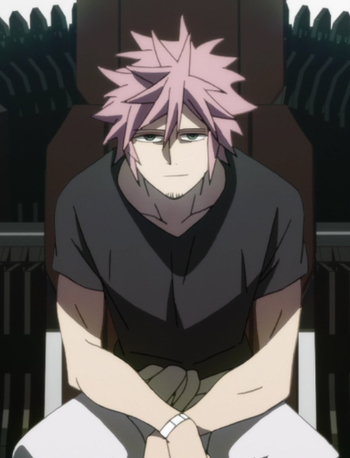 A renowned detective assisting in investigating and analyzing serial killer ID-Wells. His real name is Akihito Narihisago, but during his time in ID-Wells he is referred to as the brilliant detective Sakaido. In the past he was once a happy family man with a daughter named Muku. Two years prior to the current events Muku was murdered by a serial killer nicknamed the Challenger, followed by Narihisago's wife committing suicide out of grief, leading Narihisago to kill the Challenger out of revenge. He is also the main protagonist of the series. 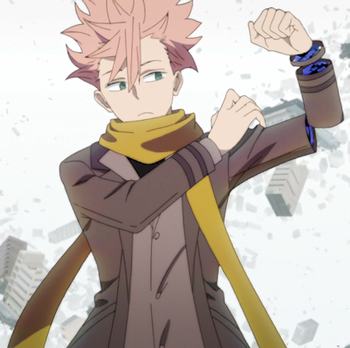 A persona adopted by Akihito Narihisago whenever he enters id wells. The original "brilliant detective", he traverses the id wells of serial killers in an endless loop to try to uncover the truth behind the murder of Kaeru, and indirectly determine the identity of the id well's owner for Kura.
Advertisement:
Koharu Hondomachi/Miyo Hijiriido 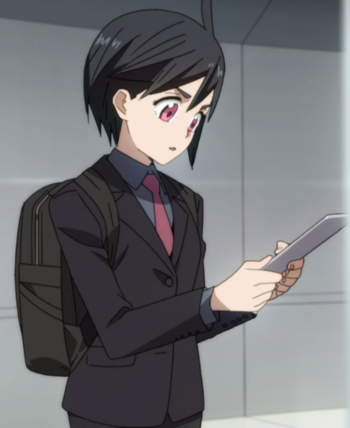 She is one of the main protagonists of the series. She assists Kokuryu Matsuoka in tracking down serial killers in the field. After multiple incidents involving Tamotsu Fukuda and Haruka Kazuta, she is recruited as a Mizuhanome pilot, assuming the guise of Miyo Hijiriido inside the id wells. 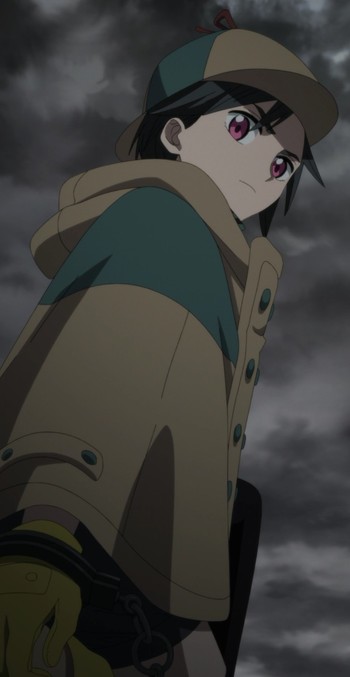 A persona adopted by Koharu Hondomachi whenever she enters id wells. She is the third "brilliant detective", after Sakaido and Anaido, and like them, she traverses the id wells of serial killers in an attempt to solve Kaeru's death and indirectly determine the identity of the id well's owner. 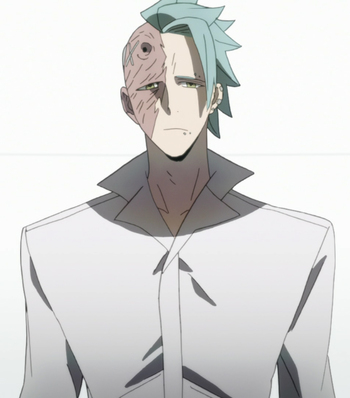 A prolific, mentally disturbed serial killer known as "The Perforator", he murdered his victims by drilling holes in their heads, under the belief that he is helping them achieve a new, better state of mind.

After his capture by Kura, he was recruited as a Mizuhanome pilot, assuming the guise of Anaido when inside the id wells, taking on the role of a protagonist. 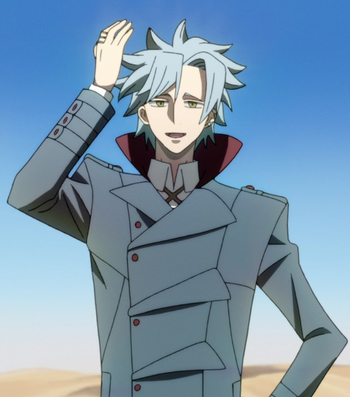 A persona adopted by Tamotsu Fukuda whenever he enters an id well. He is the second "brilliant detective", who, like Sakaido before him, traverses the id wells of serial killers in an attempt to solve Kaeru's death and indirectly determine the identity of the id well's owner. 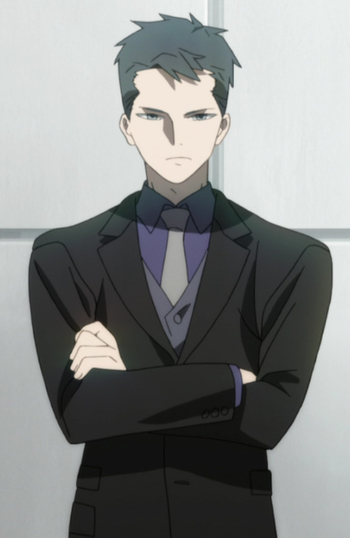 Head inspector of the investigation unit, and a good friend of Narihisago. He worked with Narihisago as a police officer prior to Narihisago's imprisonment. While he trusts in Sakaido's detective skills, he worries for Narihisago's mental health. He rescued the last victim in the Challenger case, Kiki Asukai, but is puzzled by her disappearance and has secretly tried to investigate her disappearance. 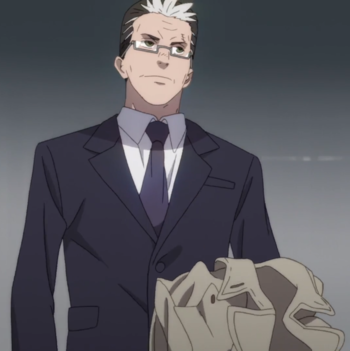 He was an assistant to Inspector Momoki.

He is an important member of Inspector Momoki's team who makes deductions about crime scenes as they are being investigated in the id well.

He is a member of Inspector Momoki's team who analyses people who appear id wells.

He is a member of Momoki's team who digitally analyzes crime scenes. 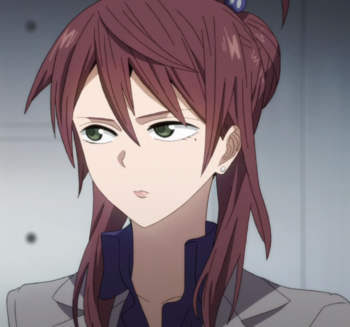 He was a field investigator in the service of Kura. 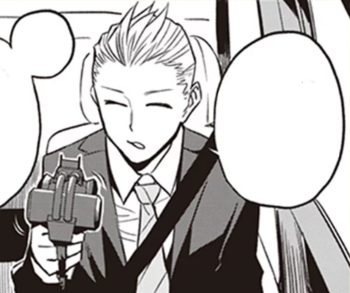 He is new member of Kura after the John Walker case. 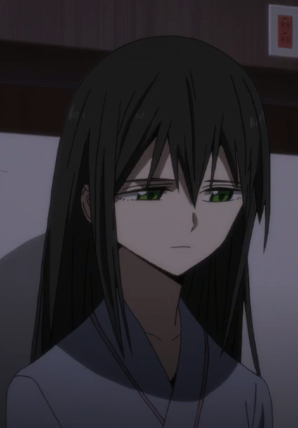 She was the last victim of the "Challenger", rescued by Hunetaro Momoki before she could be killed and is currently missing. 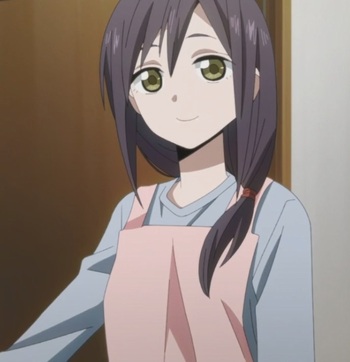 She was the wife of Akihito Narihisago and had a daughter named Muku. 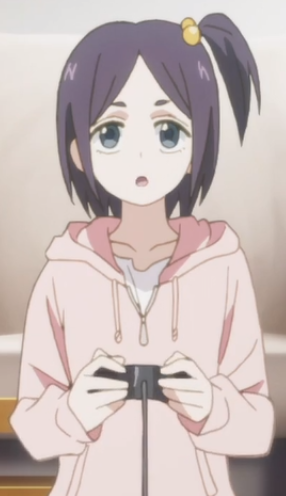 She was the daughter of Ayako and Akihito Narihisago.

The inventor of Mizuhanome System. During Narihisago's time in Kiki's id well, it is shown that Nishio was a doctor and independent researcher at Kiki's hospital, and used her as a test subject to study how to enter one's unconscious via dreams. It is implied that Nishio and John Walker kidnapped Kiki to create the Kura Well and Mizuhanome systems. During the search for John Walker, Nishio's corpse is found buried in Momoki's yard, most likely murdered by John Walker in an attempt to cover up any leads to him. 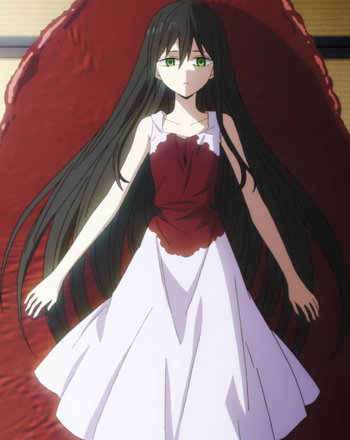 She appears as a corpse in the id wells that the Mizuhanome System creates, her existence prompting the brilliant detectives to solve the identity and motives behind serial killers on Kura's behalf. 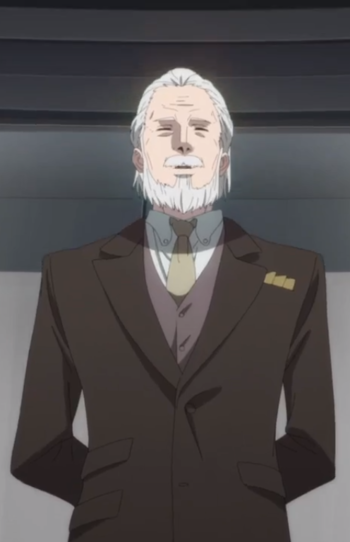 The leader of Kura. He is also known as John Walker, the creator of serial killers. 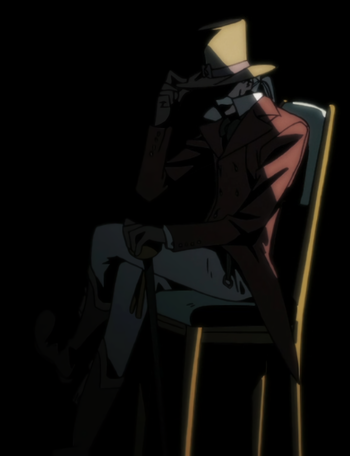 A mysterious, elusive figure, he is theorized to be the man creating various serial killers and sending them out into the world. Walker's true identity is Takuhiko Hayaseura. 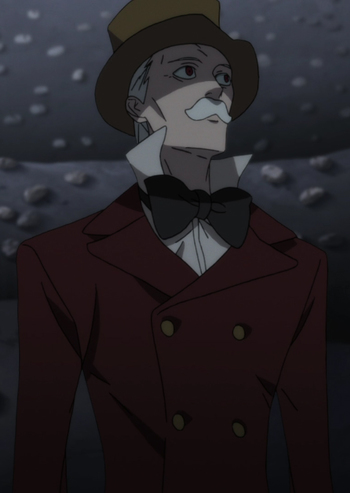 The persona adopted by Takuhiko Hayaseura when he kills himself and flees into his own id well to escape arrest.

A former soldier who found beauty in carnage and disappointment in other people, he earned his moniker of "The Pyrotechnician" due to his destructive explosions that caused massive property damage and loss of life, earning him the ire of Kura.

He is a copycat killer who, inspired by the crimes of "the Gravedigger", kidnapped Keiko Kikuchi, attracting the attention of the Kura. 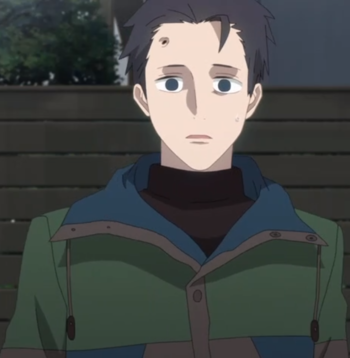 He is one of the Gravediggers and a surviving victim of the Perforator. 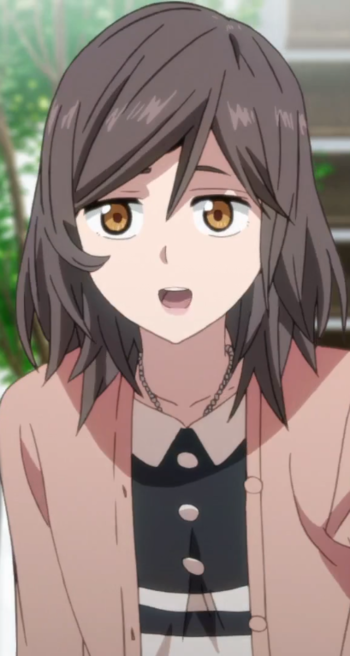 She is the one who influenced Kazuta to kidnap and bury the hostage inside the box and do a Live Telecast of their suffering. 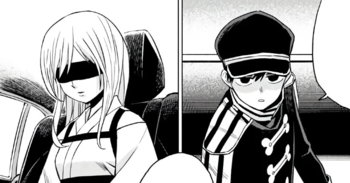 Nahoshi Inami's persona within id wells. The fifth "brilliant detective", they was created when, under a period of intense pressure, Shirou Kokufu authorized Inami's appointment as a Mizuhanome pilot, despite being comatose at the time.

Unlike other brilliant detectives, Hakaido is split in half: Hakaido herself, based on Inami and another completely separate person based on Haruka Kazuta.

He is known as "The Challenger" for kidnapping his victims and challenging them to brutal deathmatches. He is the one responsible for the deaths of Ayako and Muku Narihisago.

He is known as "The Face-lifter", his modus operandi was to remove his victims' faces, before being caught by Kura and driven to suicide by Akihito Narihisago. 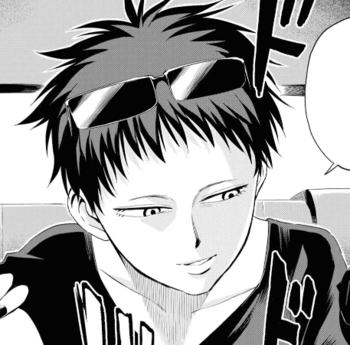 She's one of the main antagonist of the #BRAKE BROKEN. She's an escape artist who gets her victims into car accidents and she somehow manages to survive from the crash. She makes her escape before the police can find her.